In a world that is ruled by technology, everything has revolutionized along with its advancement; even wars. Since waging full-scale wars on the ground isn’t the most feasible of ideas with several countries armed with nuclear weapons, the conflicts have molded into ‘online propagandas’ and campaigns. According to the latest news, Pakistan is being targetted with anti-Pakistan content on 265 pro-Indian sites, coordinated by an Indian network; aimed to influence the decision-makers in Europe.

An Indian network has been exposed behind anti-Pakistan campaigns spreading false information.

A report by EU Disinfo Lab reveals an obscure group of NGOs and think tanks that are assisting over 200 fake websites managed by an Indian network to influence the European Union and the United Nations. Further investigation revealed that the fake websites copy-pasted content from unusual sources, giving away fake information regarding Pakistan. Of course, the fake news is against Pakistan. In addition, 265 sites operate across 65 countries.

The researchers traced the website to an Indian company called Srivastava Group.

Moreover, some names of fake outlets were also mentioned such as EP Today, Times of Geneva, and New Delhi Times. They are also active on Twitter; which is a great platform and can easily influence several users leading to online trends and feuds. Speaking of which, this network was also found to have played an active part in anti-lobbying events in Europe. However, whether this network and those websites have any connection with the Indian government is unclear. So far there is a lack of evidence in this regard.

The researchers have come to the conclusion that the network wants to change the narrative held about Pakistan into something entirely negative and evil. Since this is the modern-day war and India seems to play the field well.

“More than the fake media outlets alone, it is their combination with the fake NGOs that’s really worrying because it provides a mirage of online and grassroots support to a cause. That’s exactly where the disinformation lies” said Alexandre Alaphilippe, executive director of EU Disinfo Lab.

Srivastava Group to be behind it all.

Srivastava group is an Indian company that disguises itself as “interests in Natural resources, Clean energy, Airspace, Consulting services, Healthcare, Print Media and Publishing” on its website. Moreover, the tracking was done through shared phone numbers, an office in Brussels and including shared servers. 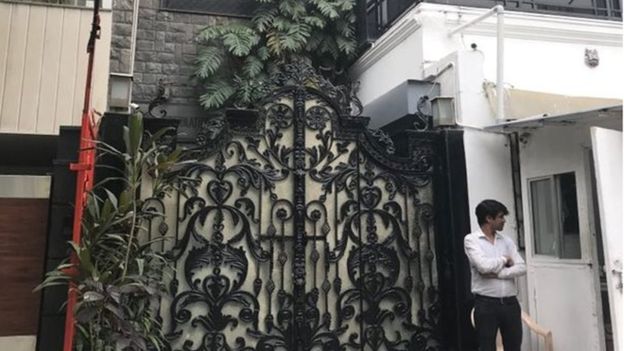 Once the fish is caught in the net, it squirms.

This was the situation with New Delhi Times’ editor in chief Ankit Srivastava. The Indian media reported the publication of EU Disinfo Lab’s first findings. He instantly tweeted Pakistan’s revered intelligence agency, ISI, blaming them for trying to tarnish the image of his publication.

He tweeted with a message:

“I am an unapologetic Indian patriot. My life’s mission is to expose Islamist Terrorism emanating from the evil that is Pakistan. #JaiHind“

I just noticed that Pakistan ISI goons hv begun a concerted on-line campaign to tarnish me and my newspaper #NewDelhiTimes.
To them I say:
“I am an unapologetic Indian patriot. My life’s mission is to expose Islamist Terrorism emanating from the evil that is Pakistan. #JaiHind pic.twitter.com/ayTB6pdSdz

With the escalating heat between Pakistan and India, this factual report doesn’t come as a surprise. Recently, fake applications claiming to provide ‘exclusive’ information regarding IoK were hacking into smartphones of Pakistan’s top officials. The indirect war with India will continue.

Your thoughts? Let us know in the comment section below!

Here’s How Understanding The Quran Can Make Your Life Easier!
China’s Request – UNSC To Have A Meeting On Kashmir Today!
To Top