It is not the first time we are reading the word ‘molestation’ on our social media newsfeed at an early time of the day. Day by day, coming across this word through different media outlets is becoming frequent. Regardless of which country you are living in, the safety of women is a major concern as molesting becomes as easy as breathing air.

The New Years Eve was a night full of celebration and the so-called ‘developed’ India and its citizen decided to live the last night of 2016 to the fullest. With men and women hitting the nightclubs to dance their way to 2017, the hooligans couldn’t control their filthy desires when they saw these women.

With chaos amidst the New Year celebrations that took place in Bangalore, the drunken hooligans groped women who were enjoying the eve at a nightclub. Bengaluru men rode their way to the nightclubs and despite extremely tight security, they managed to molest women to an extent they had to run away, screaming for help. 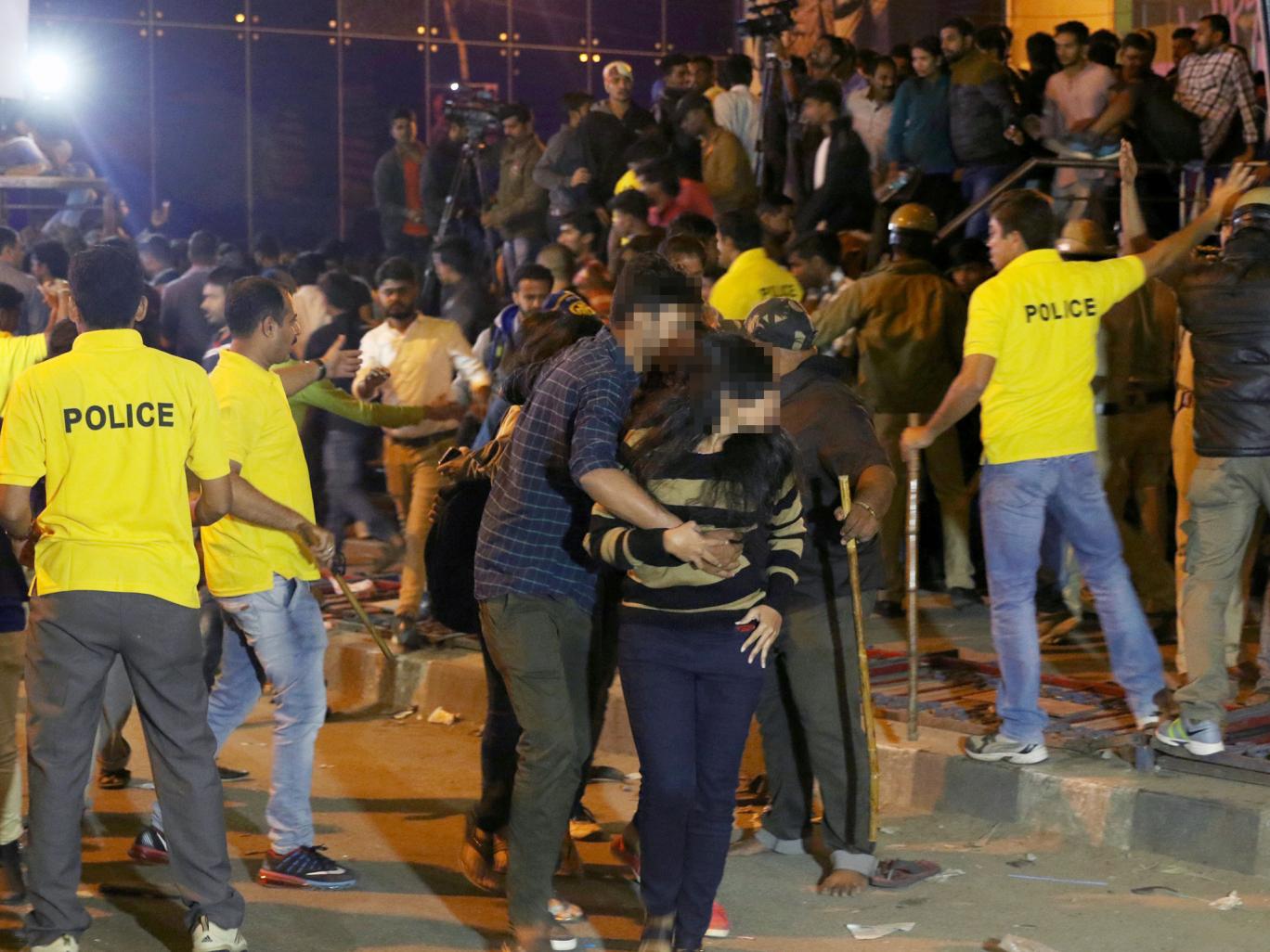 All hell broke loose with drunk men trying to grope, touch and paw at women who were celebrating the eve in their own style. In addition to this, women had to hear disgusting remarks by the same men who decided to do inappropriate things to them. According to Bangalore Mirror, the security measures were extremely tight.

With hundred of drunk hooligans surrounding the badly outnumbered women, the police had no other choice but start beating the hooligans in order to teach them yet another lesson and protect the women who were just trying to enjoy what normally people in our modern society do.

A photographer from Bangalore also shared what happened to her on the same night:

“On this f****** new year some random guy tried to grope me while I was returning home from work and with so much ease he did as if he thought il not utter a word because I’m a f****** scared woman and he has a reason because he’s drunk and let him escape. When you can’t f****** handle your drink. Why do u drink? Fukat ka mila toh muut bhi pilega kya. Punched and kicked the f*** outta him and his balls till he couldn’t take the pain. Around 10-15 people tried to stop me. Upon that, that motherf****** still had the guts to say” I didn’t do anything. I’m innocent” yeah bitch I was the one who tried to grope your half inch nipples. You are f****** innocent. No f****** cop came in between to stop us. Like what the f***.

Bastard ran away holding his paining dick. You messed with a wrong woman bitch. Go home and show those scratches and marks to your mother aur bolna north wali ladki se maar kha ke aya. Ab kabhi land khada nai hoga kisiko dekh ke .I made sure this Motherf****** c******* remembers this f****** night for the rest of his life. The only sad part of the incident was my chicken curry container got spilled. And luckily a guy returned me my biryani container. Whoever you are. Thanks man! Meri biryani ka khayal rakhne ke liye.”

Much to the surprise, it is safe to say that the Karnataka State Home Minister, G Parameshwara follows the similar thinking pattern of the drunk hooligans who caused a mass molestation chaos in the city. While addressing the situation that took place, the home minister said, “They tried to copy the Westerners, not only in their mindset but even in their dressing. So some disturbance, some girls are harassed, these kinds of things do happen.”

“These Kinds Of Things Do Happen”

How inappropriate is it for a home minister to depict how weak this certain population of Indian men is when they cannot even control themselves around women who were just dressed in western attire. When the minister of the finds all of this “normal” in occurrence, no wonder the citizens feel they have the right to do whatever that comes in their mind.

PSL Finale To Be Held In Lahore This Year, Says Najam Sethi
Denying Their Gender Won’t Make Them Go Away – The Transgender Denial
To Top