Indian Men Have Started Fantasizing For A 'Kashmiri Wife' And It Has Sparked Outrage On The Internet!

The whole world is watching Indian barbarism and bloodshed happening in Jammu & Kashmir. The Modi Sarkar has yet again shown its vile existence by revoking Article 370 and Article 35A which majorly snatched Jammu and Kashmir’s special status holding a separate identity and clauses. Breaking every shackle of humanity, the mindless Indian nation is also been supporting the Bharatiya Janata Party (BJP)’s decision and now the Indian men have also displayed their desperate characters of perverted needs for Kashmiri women. 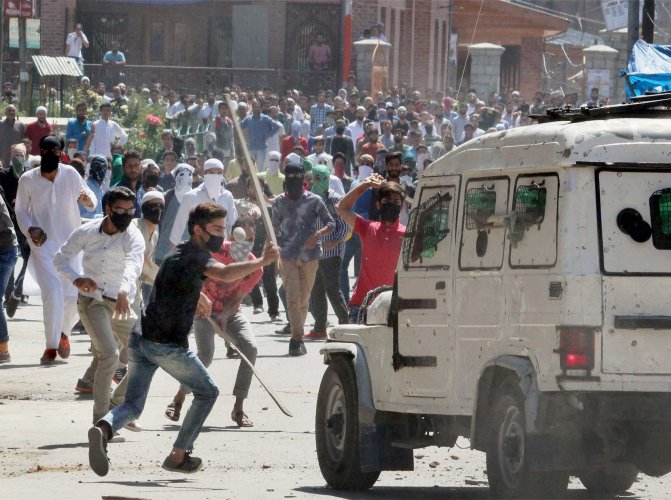 Indian men and their failing desires!

After Indian troops landed against the innocent Kashmiris, the internet started filling with Tik Tok videos and posts regarding Kashmir and specifically ‘Kashmiri Muslim girls’. As Kashmir lost its status as a separate region, Indians are now daydreaming that they will be successful in invading the Jammu &  Kashmir part, LOL! Well, in the midst of those dreams, Indian men have started displaying their filthy desires to marry a ‘white-skinned Kashmiri girl’ in the future and it has created a haul of debate on social media.

Also read: 7 Major Changes That Have Happened In Indian Occupied Kashmir After Removal Of Article 370!

Not every dream you see becomes a reality!

Now I can Marry a Kashmiri Girl 😜 #Article370

As per real-time google trends in India: Guys from all over India are now looking for Kashmiri girl for marriage and want to buy plot/house/property in Kashmir.

After the scrapping of Article 370, Don't know why paid News media is hiding this massive information.#370Article pic.twitter.com/bN4DSOpMxV

Now, If any beautiful Kashmiri girl is ready to marry with me, then I am ready to buy a big bungalow there. Let’s live a beautiful life in the Jannat on the earth only.

Now kashmiri girls can marry with handsome boys like me….

Where do these goons even come from?

I have started getting marriage alliances from Kashmiri girls in DM, thank you Modi ji ❤️#370gaya pic.twitter.com/pwewXd9Sd0

But they don’t want to!

Zaid Hamid tweeted this video on his Twitter and it’s extremely heart-wrenching!

So now these Hindu Zionists are openly planning kidnapping and raping Muslim Kashmiri girls and forcebly taking them as their wives too…🤬🤬😡#Ghazwaehind pic.twitter.com/iKPHOJouXx

Well, what else can you expect from a nation whose leaders and influential personalities are happy on Kashmir’s condition? Most of the Indian celebrities showed their true colors carrying a massive number of followers also backed up Modi Sarkar’s decision and many are even labeling it ‘historic’. Where do these people even lie on the humanity line?

The internet is full of such remarks from India and it is a clear picture of their ignorant mindsets. The atrocities of the Indian Army in Kashmir and killing of hundreds of humans daily is not something that should be ignored. The Indian genocide going on from more than a decade now in Kashmir needs urge of Muslim countries to help them out. This is not just Kashmir’s war against terror but it is against every Muslim country present on the face of the planet.

What do you think on the Kashmir issue? Let us know in the comments below!