Indian Media Now Claims That Narendra Modi Is The '2nd Janam' Of Sir Syed Ahmed Khan And This Is Too Much!

So, according to a report on an Indian TV channel, Sir Syed Ahmed Khan has reincarnated into the world, as none other than, the butcher of Gujrat, Narendra Modi. Yes, you heard that right.

Sir Syed as taken a rebirth, as The Indian Prime Minister Narendra Modi:

And just when you are going to dismiss it, considering a piece of fake news, please watch this and learn for yourself.

As per the news, this research is not an Indian conspiracy theory, but it is something very American at heart. Apparently, there is a research institute in San Francisco IISIS devoted to the study of reincarnation or transmigration.  They have studied around 2 million people from every corner of the world and have researched who they have been in their previous “Janam”.

So, What exactly is an incarnation or rebirth?

Reincarnation is a Hindu philosophy and a major part of their religion. Hinduism believes that the soul doesn’t die with the body, instead, it takes different forms and lives many life cycles. Each time taking a new body to learn new things. The cycle of rebirth is heavily influenced by karma.

As per the research, both Sir Syed and Modi kept the same style of beard, no, not the famous picture of Sir Syed Ahmed Khan that sprang to your mind, when he was young he sported a small beard. In the old pictures, you can notice some similarity in the facial structure too.

Why did Sir Syed choose to return as Narendra Modi?

IISIS claims a person of fame gets fame in his next life and that explains why Modi is a successful politician in this life too. But the research failed to explain why a pro-Muslim, Sir Syed returned as islamophobe.  Maybe it is because he was so angry at the world who did not appreciate his peacemaking efforts. Or because Muslims of the subcontinent are still not sure if he was a hero or not.

We Can’t really say why, but legend has it, if you don’t do enough good deed in your life you will return in the next life as a worse person than before.

Sir Syed’s portrait replaced with Modi’s at the Aligarh university: 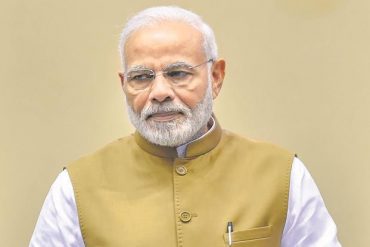 Though this is last years news, maybe, just maybe the Hindu Pandits already knew the truth. That Modi is the same old Sir Syed’s soul in the new body. And so the district government of Aligarh replaced the old portrait with the new one.

Facebook Cryptocurrency Coin ‘Libra’– Everything You Need To Know
Hina Altaf Shared A Message For Her Dad On Father’s Day And It Seems Things Are Improving At Home For Her!
To Top