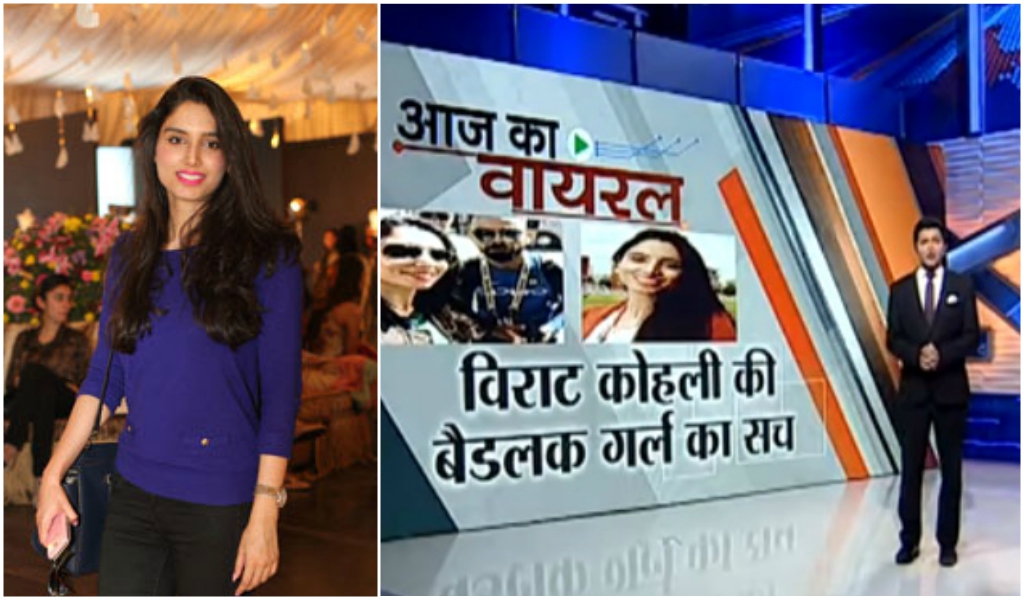 The ICC Champions Trophy 2017 was startling, and after Pakistan winning it, it has become even better for the Pakistanis! What happened in the final was something unpredicted, and we just can’t get over it!  However, Zainab Abbas, has now become the ‘national lucky charm’ for Pakistan because of her ‘cursed’ selfies! LOL.

It all started when during the Champions Trophy 2017, Zainab was caught taking selfies with the cricket players, but her cursed selfies either made the players get out for a duck or made the team lose.

Zainab with AB deVilliers before Pakistan vs South Africa

Told him to go easy on us tomorrow 🙏🏻 AB the man! #ABdeVilliers #PAKvSA

With Virat Kohli  before India vs Sri Lanka

Had to be done! @imVkohli pic.twitter.com/D8kGzwROik

And then, it was Angelo Matthews before Pakistan vs Sri Lanka

On popular demand, #SelfieKaWaar. I've done my job. Now get in there and win it 🇵🇰 #PAKvSL

Soon after Kohli was bowled out for a duck against Sri Lanka in the ICC Champions Trophy 2017 match, and the recent defeat against Pakistan, the Indian fans and media had to hold someone responsible for it and that someone was none other than our Zainab Abbas. Why? The Indians are sure of the fact that Zainab’s selfies are “cursed”. Hilarious? We think so too!

Watch the video to find out!

P.S. You might fall laughing off your chair! Beware! HAHAHA!

Even Zainab ‘Jainab’ was found sharing the video on her wall, and guess it just made her day!  Ours too! 😀 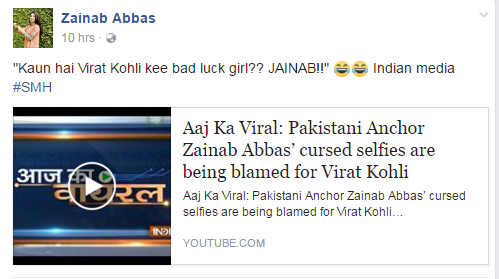 Ready for some more drama in life? Watch this!

We’re sure enjoying all of this with a bag of popcorn (after iftar :P) and just waiting for what Indian media is coming up with next! They certainly have kept us well entertained and we’d like to thank them all!

Zainab Abbas, you’ve made the nation proud and have sure have lit a wildfire in India. HAHA!

What are your thoughts on this? We took it as a mere joke, and found it pretty hilarious and entertaining! Let us know in the comments!

This Guy’s Hilarious Review of Pakistan vs. India Is the Best Thing You’ll See All Day!
10 Feelings Every Rozedar Knows All Too Well!
To Top