In addition to this, the troops martyred the youth during a military operation in the area. Meanwhile, Indian troops continued their cordon and search operations in Srinagar, Baramulla, Bandipore, Kupwara, Ganderbal, Budgam, Islamabad, Pulwama, Kulgam, Ramban, Rajouri, Poonch, Kisthwar, Doda and other several towns and villages of the territory.

On Thursday in a media briefing, Aisha Farooqui, Foreign Office Spokesperson restated to enhance international monitoring. She also restated the continued UN reporting on the human rights crisis in Indian-occupied Kashmir (IOK). In order to save lives, dignity, and freedoms of Kashmiris.

Moreover, the FO spokesperson said that the people of occupied Kashmir have been under illegal Indian occupation for over seven decades.

Articles 370 and 35A of the Indian Constitution granted special status to IOK and deployed an unprecedented number of troops in the region. Ever since India abolished Article 370, there have been tensions rising in the restive valley. The move led to an imposition of curfew and communication blackout in the valley still intact after four months. 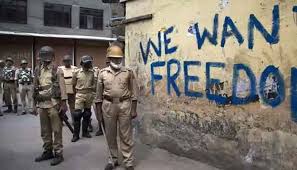 The special status in which the resolution granted to IOK declared null and void. Moreover, as a result, it made the state a Union Territory with the legislature.

Since then, Pakistan has been raising its voice against the Indian act of brutality and blatant human rights violations in Kashmir. Additionally, Prime Minister Imran Khan in his historic speech at the UNGA session talked about how India has illegally imposed curfew and lockdown in the valley.

Furthermore, he also forewarned the world of the worst humanitarian crisis that could unfold in Kashmir followed by a possibility of war between the two nuclear states. 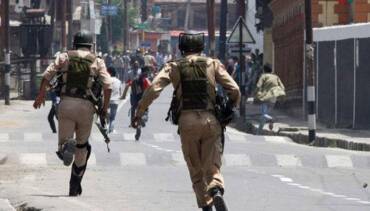 The FO spokesperson further discussed the subject-matter in her media briefing. She talked about how nearly a dozen UN Special Rapporteurs have raised serious concerns over India’s consistent pattern of atrocity.

During a discussion on the resolution to revoke Article 370, Indian Home Minister Amit Shah said the occupied valley had been bifurcated into two Union territories. These are Jammu and Kashmir, which would have a legislature, and Ladakh, which would be without a legislature.

Sadly, the situation of Kashmir continues to deteriorate.