Indian Major Threatens Pakistan But Forgets What The Army Did to Abhinandan & Party?

History bears testimony to the fact that the shameless neighbor of Pakistan, India has never accepted Pakistan. India has left no stone unturned in causing damage to the land of pure. Recently, one of Indian army major warns Pakistan and openly said, “I am in touch with Baloch Liberation Army (BLA)”

The animosity between the countries aggrandized after India revoked articles 370 and 35 A from their constitution. This led to deprive Kashmir of its special status and made it an integral part of India. The Major named, Gaurav Arya on live TV show said, “We will avenge Handwara and Handwara will be avenged not just in Pakistan Handwara will be avenged in Balochistan you will see in next 10-15 days.” 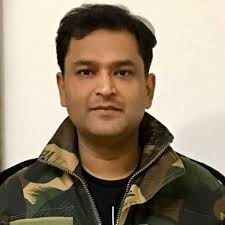 In another video, the major said, “On my phone, I have Bugti, Marri, Mengal, ‘whose number you want? Name any Sardar’, I will give you his location and number.” He added, “Balochistan is 45% of the size of Pakistan if not today after 10-20 years Balochistan will be a free country; we are with Baloch people in Balochistan.”

There is no comparison of Jammu & Kashmir with Baluchistan there are UN resolutions on J& K there is no UN resolution on Baluchistan secondly threats made by a former Indian Army officer on a TV channel are enough for making a war crimes case against India @SMQureshiPTI pic.twitter.com/SA0WC1yFvY

So, in a nutshell, India is behind the attack on FC Balochistan which occurred 2 days ago, as the Major said, ”You will see in 10-15days.”

The Pakistani government is trying tooth and nail to reveal the reality of India to the world, depicting how she is sponsoring terrorism and anarchy in Pakistan. However, now, Pakistan has a piece of video evidence, where a major of the Indian Army directly showcasing Indian’s motives.

Anchor Hamid Mir suggested that Pakistan should take the issue to the United Nations (UN) as it has the video evidence.

It has remained the history of India to use proxies against Pakistan and to fight behind the back, they wanted to break Pakistan ever since its inception. However, their hypocritic policies never got successful and with the blessing of Allah, Pakistan got more prospered.

Furthermore, India has a bad habit of forgetfulness. They forgot the recent incident of Abhinandan let alone the past wars where they ran like sheep from the battlefields of 1965 and Kargil. Hence, instead of warning Pakistan India should focus on its internal matters.

The major who said that they support Balochistan’s freedom struggles are petrified of Pakistan Army. His volume and high claims are the proof of his timidity owing to the gallant Pakistani forces.

People on social media reacted heavily to the video

Exactly, this is why they are terrified of Pakistan

Sitting on TV channels and beating war drums for publicity & popularity is easy..Mr. Arya never fought any small war even & does not know the ravages of bloody battlefield..Most of the soldiers of Pak Army has been in war since 2004..So talk about peace in sub continent..

The impotent and #IndianArmyTerrorist @majorgauravarya you are more than welcome. Sitting in air conditioned room and talking about war. More than million army and you can’t handle #KashmirWantsFreedom and threatening Pakistan. #PakistanZindabad #PakistanArmyZindabad

‘Pakistani flag will fly in Kashmir and Punjab’

Modi’s animal thinking shows that the day is not far when the Pakistani flag will fly in Kashmir and Punjab. Inshallah Modi has started a civil war, a religious battle which he cannot control.

Above all, despite support from the world powers, India could not get an inch from Balocishtan or Pakistan since the emancipation from British rule. Their high claims and speeches are nothing but gibberish. However, the things Major Gaurav said, could be used against India in the UN as he admitted in other words that India sponsors terrorism in Pakistan.

What do you think about this strategy? Let us know in the comments below.

How Employees Fired From Jobs Can Apply For Ehsaas Emergency Funds?
Do You Know Eating Pakore Is Actually Healthy In Ramadan?
To Top