Indian Hindu Couple Gets Married In A Mosque In Kerala!

Time to time, the world witnesses, Hindu Muslim clashes emerging from India and it seems like a never-ending battle. However, recently, a Hindu couple from India defied all odds and set an example of harmony for others to follow. This week, an Indian Hindu couple Sarath Sasi and Anju Ashok had their nuptials in a local mosque!

Hindu couple from India ties the knot in a mosque!

Eventually, the event became the highlight of this week and has been circulating on the internet since yesterday. Particularly, the wedding took place last weekend on Sunday after the bride’s mother approached the mosque committee, earlier. In a sparkling ceremony, the Indian Hindu couple then got married in a mosque and the pictures are revolving on social media.

Here’s what Asian News International (ANI) has to say about the wedding!

Kerala: A Hindu couple tied knot at Cheruvally Muslim Jamaat mosque in Alappuzha's Kayamkulam, today. After the girl's mother was unable to raise money for the wedding, the mosque committee decided to help her and the marriage was performed as per Hindu rituals. pic.twitter.com/Fnzb7eBQUf

The wedding ceremony took place in Kayamkulam town of Kerala state in India which is said to be arranged by the mosque committee. According to Indian media reports, the mother of the bride was facing difficulty in raising money for her daughter’s marriage. Advised by a neighbor, the mother then approached the committee of Cheruvally Muslim Jamaat mosque for help.

”The mother came to my house seeking help for conducting the marriage!”

With the request to host her daughter’s wedding, the mother then reached the house of the secretary of the mosque committee. Nujumudeen Alummoottil, secretary of Cheravally Muslim Jamaat Committee than promised to help her. Apart from providing a space for marriage, the committee even supported the newlywed couple financially. 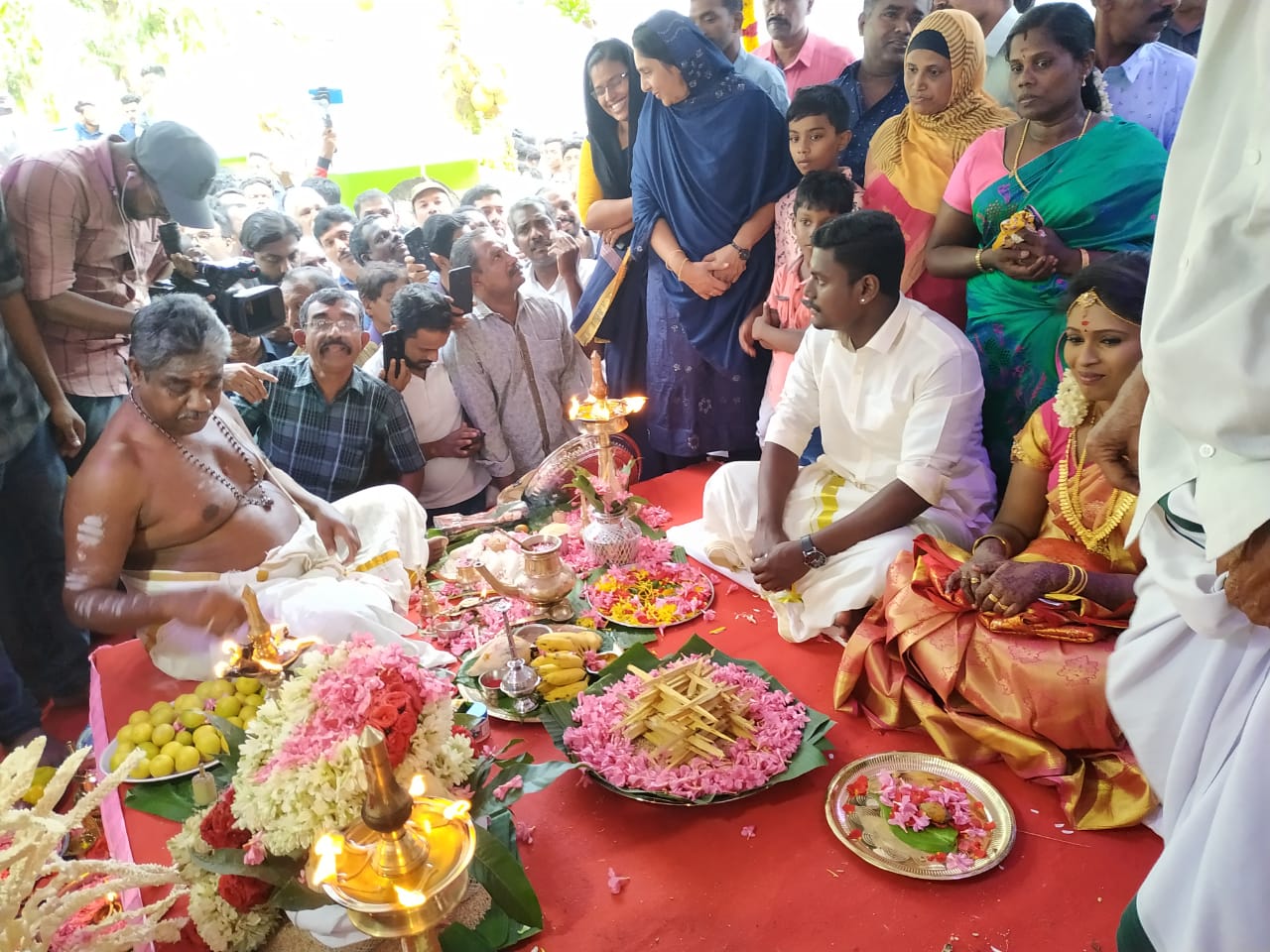 Particularly, the mosque committee gifted the couple with 20 gold bars and 200,000 Indian rupees as a souvenir. Speaking to media, Nujumudeen Alummoottil stated, ”She [bride’s mother] came to my house seeking help for conducting the marriage. She gave a letter, which I presented to the Jamaat committee. We decided to help the family conduct the marriage”.

Reportedly, apart from the wedding rituals, a proper vegetarian meal was also prepared for about a thousand guests. Well, Sarath Sasi and Anju Ashok’s wedding was performed as per the Hindu rituals but the only difference was it happened in a mosque. Happily married, the bride then thanked her younger brother and his close friend who made everything happen with calm. 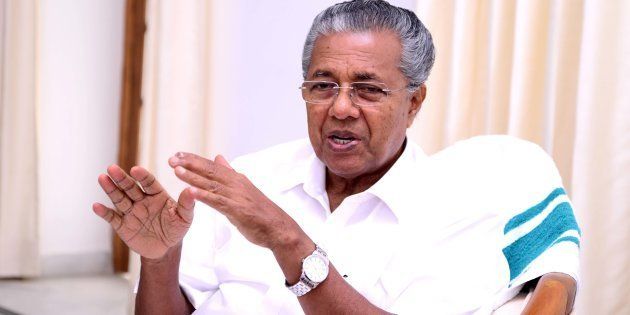 ”My younger brother and his friend were the reason this to happen. It has been developed through their discussions. We are very happy”, she ended. Calling it ‘an example of unity from Kerala”, the region’s Chief Minister Pinarayi Vijayan congratulated the couple and other supporters who played their part in the wedding.

Chief Minister Kerala calls it ”an example of unity from Kerala”!

An example of unity from Kerala.

The Cheravally Muslim Jamat Mosque hosted a Hindu wedding of Asha & Sharath. The Mosque came to their help after Asha's mother sought help from them.

Congratulations to the newlyweds, families, Mosque authorities & the people of Cheravally. pic.twitter.com/nTX7QuBl2a

CM Pinarayi Vijayan’s tweet read, ”An example of unity from Kerala. The Cheravally Muslim Jamat Mosque hosted a Hindu wedding of Asha & Sharath. The Mosque came to their help after Asha’s mother sought help from them. Congratulations to the newlyweds, families, Mosque authorities & the people of Cheravally”.

Later, the family paid their respect and thanked the mosque committee for organizing the event.

Shell’s Fantastic Opportunity For You To Win A Mercedes A-Class Sedan!
Trump-Khan Meeting At Davos: Everything You Need To Know!
To Top