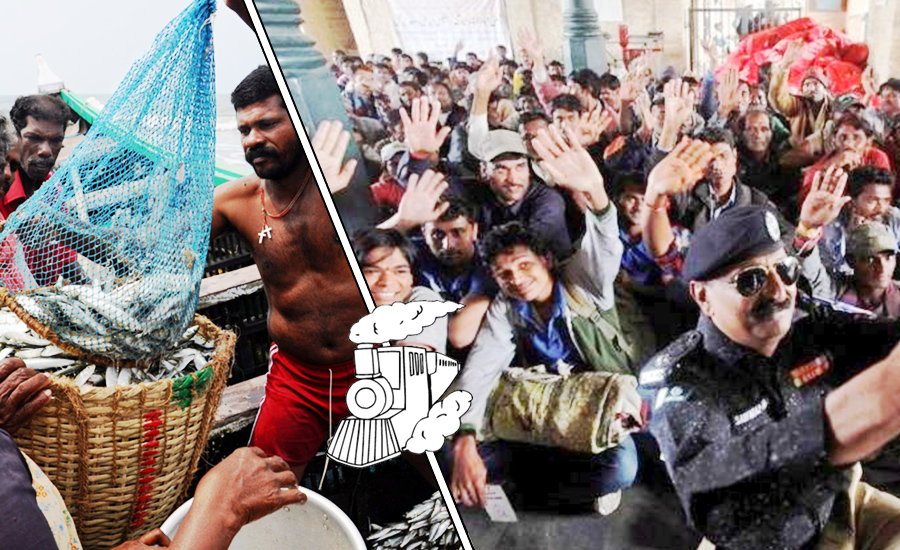 In a talk of big hearts if we don’t discuss the happenings between Pakistan and India, it would be unfair. Despite the fact that there have been numerous wars between the two countries, there are some gestures that have remained unforgettable. The good ones… There have been times when Pakistan rescued drowning Indian soldier, another time when Pakistan navy rescued Indians stuck with Somali pirates and several other such cases. This time Pakistan’s big heart was shown when it released hundreds of Indian fishermen jailed here, and not only that, we saw a Pakistani policeman taking selfies with the cheering ‘guests’.

Fishermen, in their quest to get better quality and quantity of fish, to earn good and feed their families, sometimes end up making a big error. Once they hit the deep sea, it is difficult to avoid crossing the border into waters of the rival country and high care is needed. Numerous times they end up on the wrong side and subsequently into the prisons.

#Pakistan released 219 #Indian fishermen, strayed into its waters, bringing the total freed as #goodwill gesture in the last 10 days to 439. pic.twitter.com/eWjiKhvC6I

It had been a norm between Pakistan and India to release these prisoners as a gesture of goodwill, however, things have changed in India after Narendra Modi took charge. With rising fanaticism, what was regular before has now become a rarity in India. Pakistan however, continues to put humanity before all animosity and despite tensions, released 219 Indian fishermen recently. This is followed by 220 fishermen released a few days ago. It brings the total to 439 Indian fishermen released in 10 days, as reported by PTV.

To add to the sweet atmosphere, a Pakistani policeman took selfies with the cheering fishermen of India. He took selfies both at the court and the railway station. After being done with photography the guests were given a send-off – with all smiles. This gesture of goodwill on the part of the Pakistani government and the policeman would surely remind Indians across the border that nothing can beat Pakistani hospitality.

This comes at a time when tensions are high between the two countries and talks have stalled. Those selfies, however, brought smiles on faces of Twitter users from both countries.

PAKISTAN – indian fishermen wave from the train at the railway station in Karachi after their release from prison. By Asif Hassan #AFP pic.twitter.com/zbV861eeJL

Doesn't matter why Pak released,but it released our people n we have a honor too.So we must reciprocate.India too knows goodwill

Here is a TV report which will surely make you a proud Pakistani.

We end this happy piece with the hope India will also give good treatment to Pakistani prisoners in its jails. Also wish they are released soon as a reply to the goodwill gesture shown by Pakistan.

Governor Sindh Saeed-uz-Zaman Siddiqui Passes Away At The Age Of 79
12 Real-Life Struggles Of A Short Girl In A World Full Of Tall People!
To Top