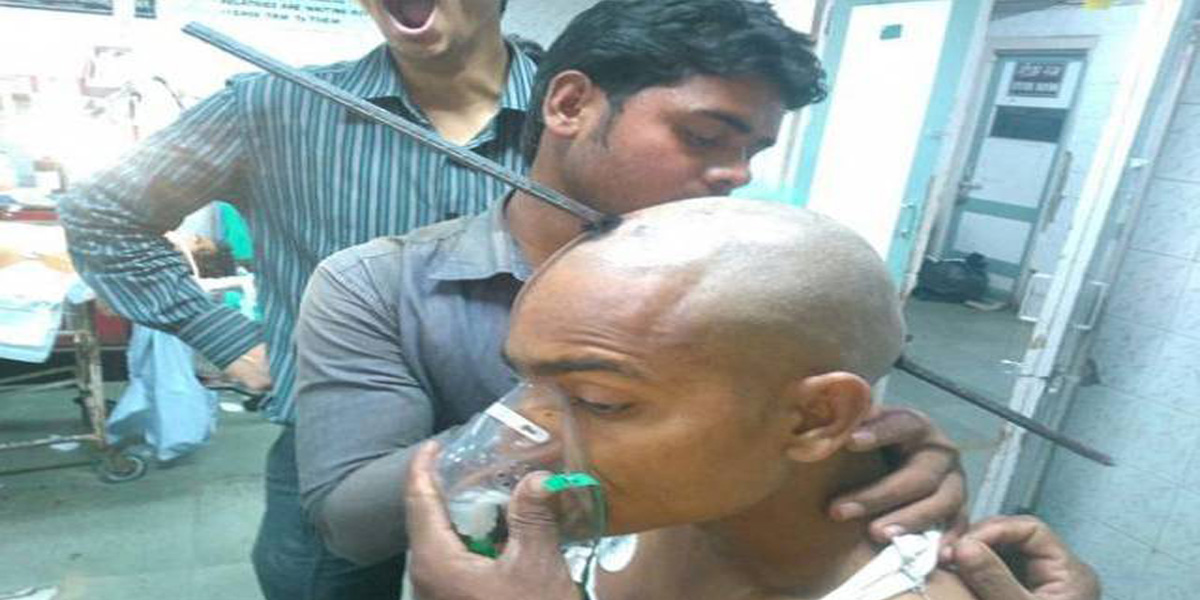 Mohammad Guddu a 24-year-old construction worker has miraculously survived after being impaled in the head by a seven-foot long iron rod . He was unsuspectingly mixing cement at a construction site Mumbai when the rod fell from one of the top floors where construction was also taking place and pierced right through his head. The metal spike hit the builder with such force that it went through his head and came out of the back of his skull. 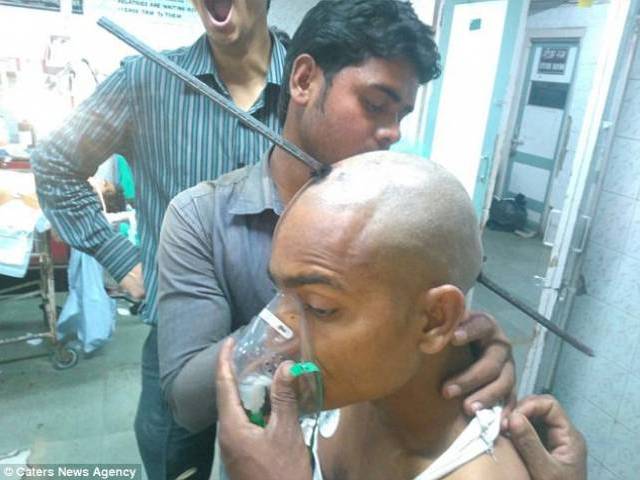 After being rushed to the nearest government hospital, Mohammad underwent a five-hour-long extensive surgery that has saved his life. 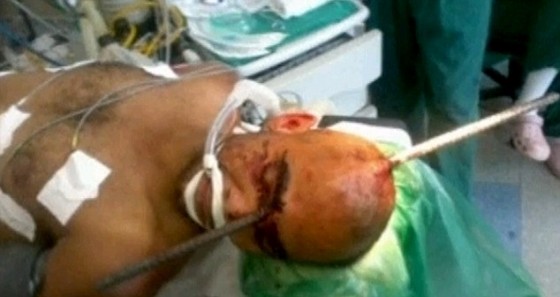 One of his friend is reported to have said…“He had joined work just 15 days ago and on the fateful day, he was working on the other side when we heard his screams. When we reached the spot we could not believe a rod had pierced through his skull. He was conscious and asking for help.”

The shocking x-rays show the extent of his internal injuries and how the rad had been impaled through his head completely. 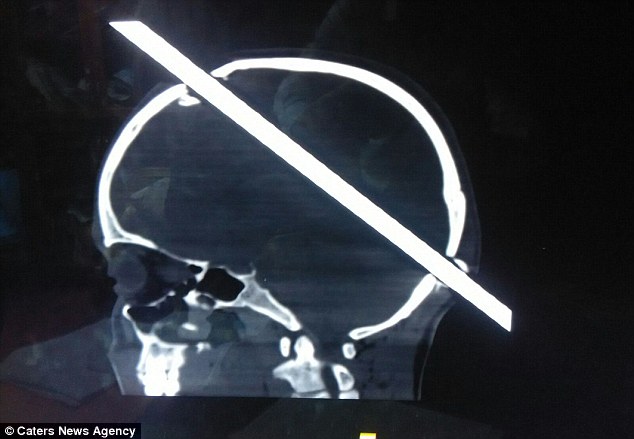 The surgeons had to cut open his skull to pull out the rod, and Guddu is now responding well to the medication and treatment.

Unfortunately he has developed paralysis on the left side of his body however doctors believe that he will make a full recovery in the next three months.

Dr Batuk Diyora, the surgeon who led operation said, “It is indeed a miracle that the man survived such an injury.”

Also see: Qandeel Baloch; The Kardashian Of Pakistan Is In Trouble!

Remembering “To Kill A Mockingbird”; Lessons Harper Lee Taught Us
Guess What Islamabad City is Excited about this Month!
To Top