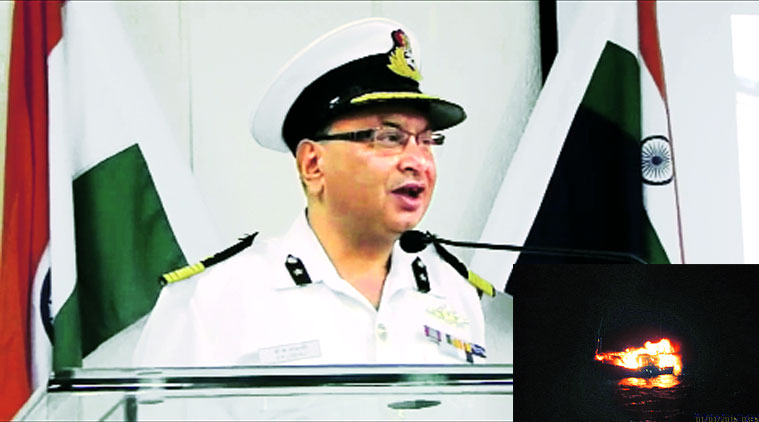 The Indian coast guard denied reports which quoted a deputy inspector general claiming that he gave order to blow up a Pakistani boat which on New Year’s Eve infiltrated into Indian waters.

KR Nautiyal, deputy director general informs that he has DIG BK Loshali has submitted a written statement saying that he did not subscribe to what was reported in one of the Indian newspapers.

DIG BK Loshali also rejected the report at a press conference in Ahmedabad saying, “I do not subscribe to the report. The operation was not being handled by me. I was not privy to it completely. I reiterate the boat set herself on fire and was not sunk by Coast Guard.”

One of the Indian newspapers quoted DIG BK Loshali as saying that he had ordered the Pakistani boat to be blown up which was highly in contrast to the statement of Defence Minister Manohar Parrikar that Pakistani militants on the boat blew it up after being cornered by Indian naval forces.

Also Read: Suspicious Pakistani Vessel Blew Itself Up Near the Indian Coastline

DIG BK Loshali was quoted in the report saying: “Let me tell you. I hope you remember 31st December night… We blew off that Pakistan… We have blown them off… I was there at Gandhinagar and I told at night, blow the boat off. We don’t want to serve them biryani…”

DIG BK Loshali can be seen making the statement in the following video:

According to the Indian newspaper, on Monday, DIG BK Loshali, who was head of operations in the northwest region, was speaking at a gathering of officials from the coast guard during the launch of a coast guard interceptor boat in Surat.

He later issued the rejoinder rejecting the report saying that it’s not factual. 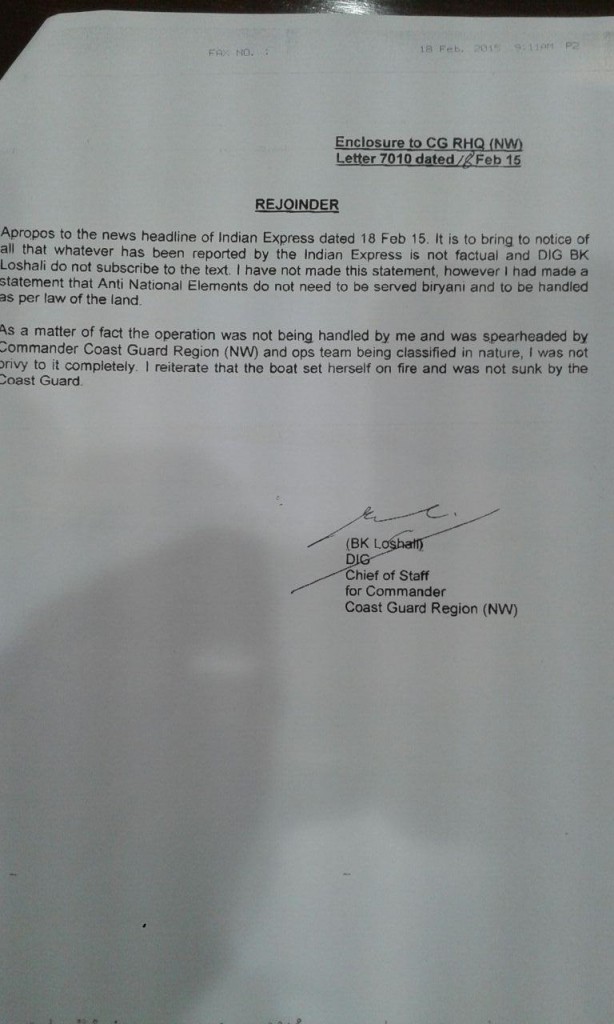 Earlier, the defence ministry and the coast guard of India said that the Pakistani fishing boat (identified as Qalandar) was in Indian waters for an ‘illicit transaction’ and had blown itself up after being cornered by Indian forces. Watch the video below:

“Pakistani militants on the boat blew it up… by parhlo-pak

However, Pakistan rejected the allegations calling them “baseless and preposterous”.

Intelligence: ISIS Is Planning Terror Attacks On US Soil
The Real Face Of Israeli Army [Video]
To Top