Indian Brutalities Are Soaring Day To Day And The Silence Of The World Is Shocking|Parhlo.com 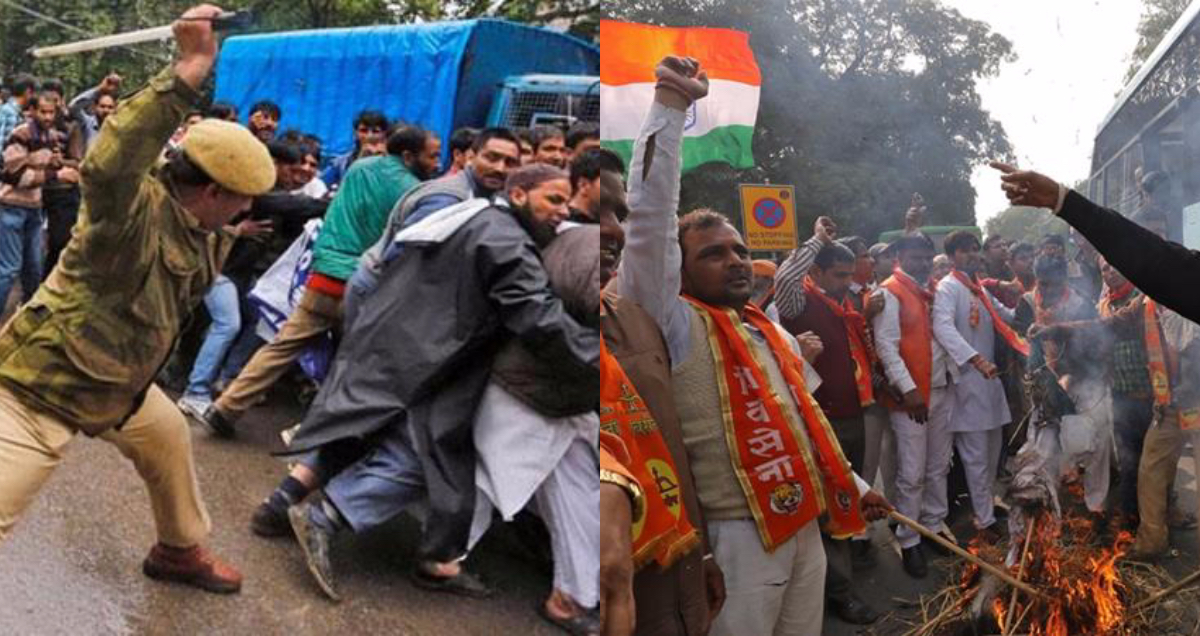 India and Pakistan, the two neighboring countries were molded on the map in 1947. Mainly, the two countries are geographically contiguous but were parted owing to Hindu-Indian brutalities against the minorities.

Time has proven the diligent decision of Quaid e Azam regarding making of a separate homeland for the Muslims. The Indian brutalities against Muslims and other minorities in India, especially in the current regime of Narendra Modi, is posing several questions on India. 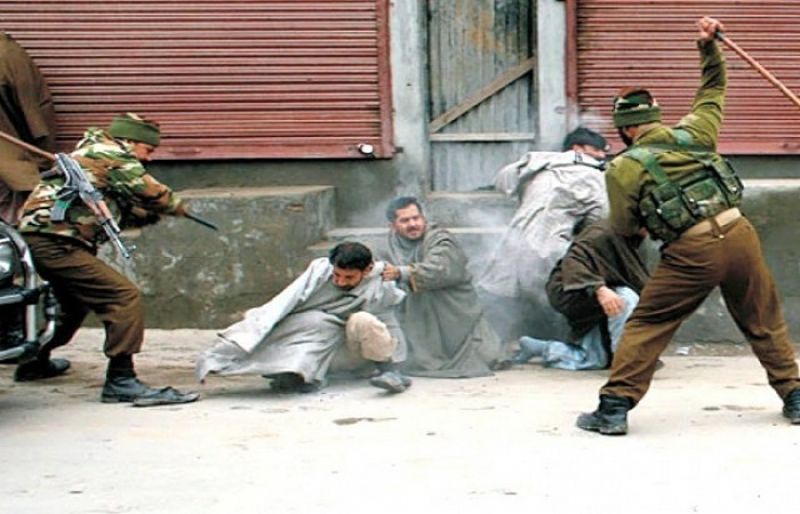 As per an Indian Newspaper, alone in 2018 413 people were killed in Kasmir. The overall killings of Indian civilians are in thousands. Several Mass graves were discovered in Indian Occupied Kashmir (IOK). As per Wikipedia, A State Human Rights Commission inquiry in 2011, has confirmed there are thousands of bullet-ridden bodies buried in unmarked graves in Jammu and Kashmir.

Read Also: ANGRY INDIANS ARE NOT ALLOWING KASHMIRIS TO STAY IN HOTELS

Radical Hindu organizations, many pretending to be associated with the ruling party BJP, did various assaults against Muslims and other minority inhabitants in reply to reports that minorities traded, purchased, or slaughtered cows for beef. Rather than taking timely constitutional action against the criminals, police repeatedly filed charges against the sufferers under the cow slaughter ban. Alone in 2017, around 38 such attacks were occurred and approximately 10 people died and many were injured. 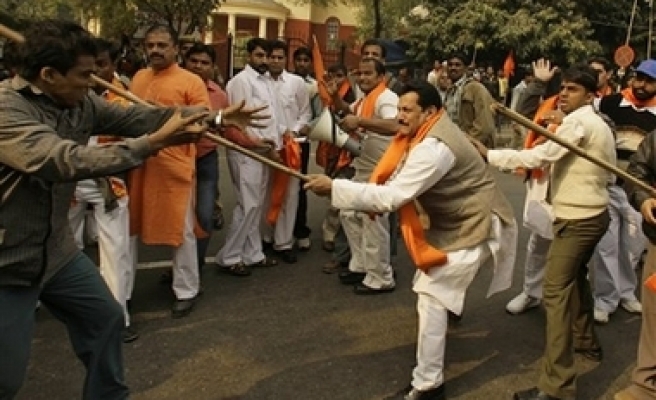 According to Meenakshi Ganguly, Human Rights Watch director in South Asia, “Indian authorities have proven themselves unwilling to protect minority religious communities and other vulnerable groups from frequent attack.”. “There needs to be a serious effort to prevent future attacks and to prosecute all those responsible for the violence.”

Besides, the Modi’s government is trying to bash Christians, Jains and all other communal minorities of the country. The narrative of the greater Hindu is growing by leaps and bounds in the country.

Indian government raided and made charges, including for treason and criminal libel, against activists, scholar, journalists, and other critics of BJP’s government policies. Intimidations of legal actions and despotic corruption probes pressurize the journalists and human rights activists.

The governments have kept the policy of shutting down the internet in order to hamper social unrest in the country. Until November, the government had inflicted 60 shutdowns of internet, and 27 of the shutdown alone happened in in Jammu and Kashmir. 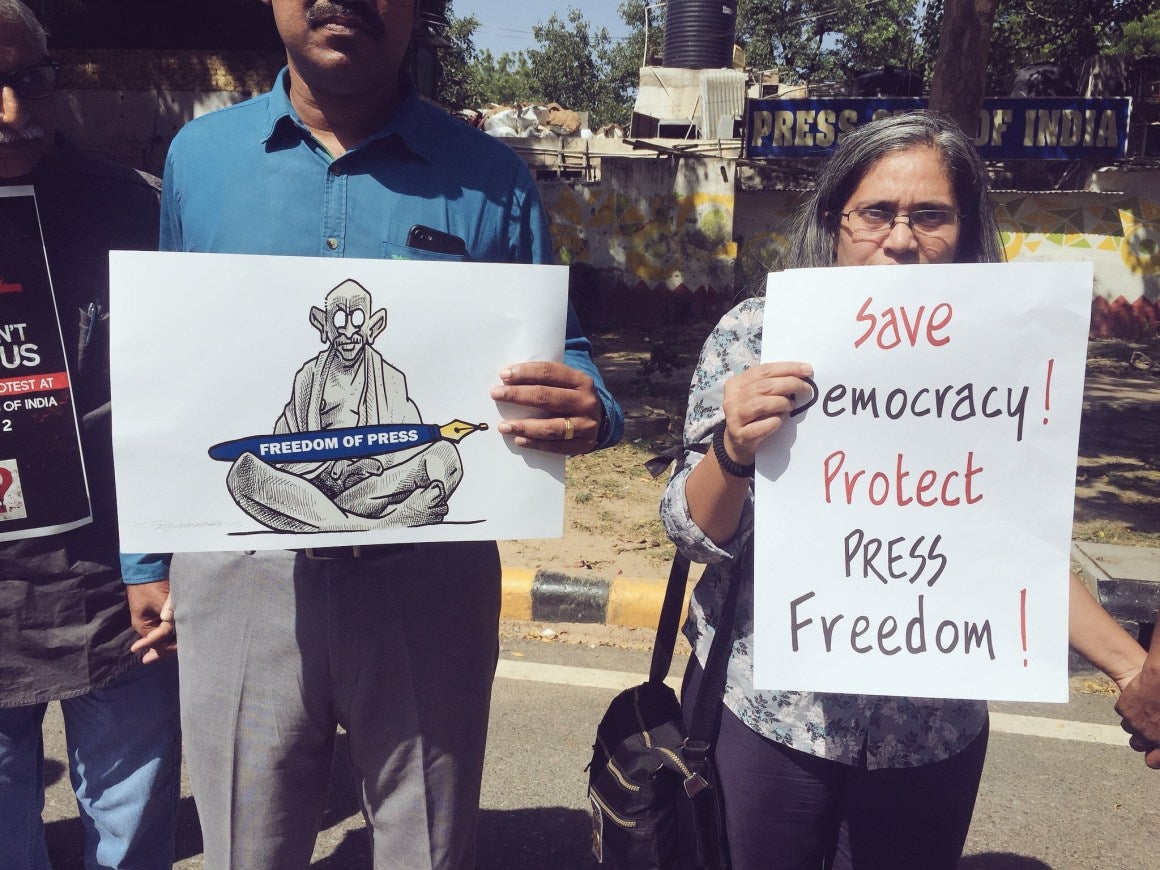 Source: the wire. in

Indian authorities have also applied the Foreign Contribution Regulation Act (FCRA), which administers means of access to international funding for nongovernmental organizations (NGOs); in order to cut off capitals for the organizations and tantalize human right activists.

Although five years ago the government amended laws against physical violence, women still encounter obstacles in reporting before-mentioned crimes. Chagrin at police stations and hospitals, absence of protection; and degrading of women is rampant in India.

Checkout: Narendra Modi Listed As The Most Stupid Prime Minister By Google

Mahua Moitra is a courageous lawmaker, who hails from Congress party. The lady blatantly criticized Modi government for its Fascist policies.

Mahua Moitra thrilled the parliament in her maiden speech, where she told that India is exhibiting all the “signs” of fascism presented in a banner at the “US Holocaust Memorial Museum”. The 42-year-old legislator from Krishnanagar said. “We have to decide which side of history we want to be on… the side that upholds the constitution or the side that becomes its pallbearers.”

She stated, “You may say that Acche din is here and that the sun will never set on the Indian Empire that the government is seeking to build. But then, you are missing the signs. Only if you open your eyes, you will see there are signs everywhere that this country is being torn apart.”

Her list of “signs” contained “superficial” nationalism that is “searing in the fabric of the country”, a “resounding disdain for human rights”, suppressing of dissent, limitation of mass media, fixation with national protection and twist of religion and state.

She said, the superficial, xenophobic and narrow nationalism, is a “lust to decide, not a desire to unite.”

When BJP protested against her speech, she said to the speaker “Sir, there is no room for professional hecklers in the corridors of this great hall, I urge you to put the House in order”.

She also cited the increasing number of hate offenses in India beginning with “Pehlu Khan” and extending to the “lynching in Jharkhand”.

Mahua Moitra asserted “There is a ten-fold increase in the number of hate crime from 2014 to 2019. It is like the valuation of an e-commerce startup. There are forces in this country who are sitting there, just pushing these numbers up.”

She told, “five of the largest news media organizations are being indirectly controlled or indirectly indebted to one man in this country.”

In a nutshell, the so-called world’s largest democracy, India, is resorting to fascist policy and narrative of “Goebbels Doctrine”, which is “You repeat and repeat a lie until it becomes the truth”. The current scenario of India depicts a sorrowful surrounding for the minorities, Kashmiris, journalists and Human Right activists.

Fortunately, the pioneer of Pakistan, Quaid-e- Azam, Muhammad Ali Jinnah craved our Pakistan for the Muslims of the subcontinent because India- especially in BJP’s era, is hell for the minorities. Hopefully, the world, including U.N, U.S, and China would intervene and prevent the Indian brutalities.