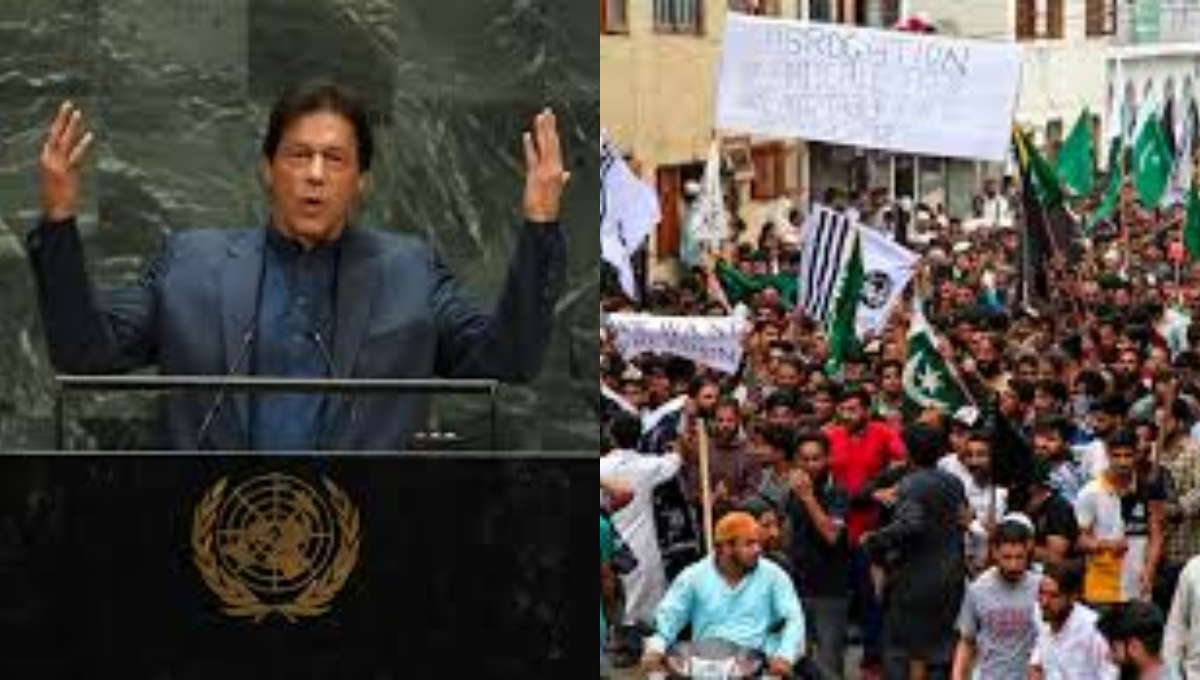 Hundreds of Kashmiris came out protesting on the streets, chanting slogans after the historical UNGA speech of Imran Khan. In his United Nations General Assembly speech Imran Khan warned of the blood bath once the curfew will be lifted in Kashmir. The prime minister’s speech at the UNGA 2019, won him the status of the ambassador of Kashmir.

Following the protests, the Indian security forces have killed 6 Kashmiris in the search operations, falsely accusing them of being militants. The Indian Army martyred three youths in the Batakot market in Jammu, while the other three were sent to heaven in an encounter in the Kangan area.

India tightens the restrictions on movement in Srinagar:

The Indian police vans with loudspeakers kept announcing the consequences of breaking the curfew in parts of Srinagar. Also, more troops have been deployed in the heavily militarized city. To prevent protestors from coming out on the roads the security forces blocked the main business center of the city with razor cut wires. 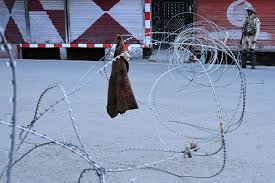 The curfew and a communication blackout imposed on the 80 Lakh residents of the Indian occupied Jammu and Kashmir has entered the 55th day. And there are no chances of curfew being lifted anytime soon. Kashmir has become the world’s largest prison, the cozy homes have turned into cages for the Kashmiris.

Kashmir Protests every chance it gets:

The Prime minister of Pakistan Imran Khan said in his UNGA speech, He (Modi) has no idea what is going to happen after the curfew is lifted. The Indian government is trapped in Kashmir. Even now when there is an army personal for every 9 Kashmiris. Arrests, torture, rape, and killings are daily practices in the occupied valley. People come out of their houses every chance they get. 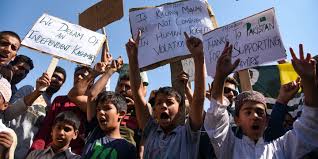 It is quite obvious that the Modi government doesn’t have a plan. They believed using brutal power might just shush the cries of protest and things would return back to normalcy.  Which is quite far from the reality on the ground. In fact, India has fueled the freedom movement in Kashmir with barbaric use of power. There no mention of how long this siege will continue. There’s no food or medicine, not even life-saving drugs. Even critical patients have to walk all the way to the hospital. People have started to bury their dead in their homes because of a strict ban on movement.

You may also like to read about Asif Ghafoor’s Recent Tweet On Kashmir Is Giving Out ‘War Vibes’ To Pakistanis!

The situation is going from bad to worse:

The condition in the Indian Occupied Kashmir is similar to a pressure cooker. Ever since the Indian government revoked article 370, they are cluelessly adding to that pressure. Even though the Dehli government has previously announced relaxation in the curfew, but the communication blockade is still there. And none of the detainees have been released yet.

We hope India soon realizes there’s only one solution to the Kashmir issue, and that is giving Kashmiris their right of self-determination.

Mahira Khan Represents Pakistan at the Paris Fashion Walk and Oh Boy, Everyone Is Stunned!
Here’s a Sneak Peek of PPP Chairman Bilawal Bhutto’s House In Lahore!
To Top