India, This Is How You Conduct A Surgical Strike

Indian Army finally released the much-awaited video clip of the alleged surgical strike in Kashmir. Due to technical reasons and the risk of copyright infringements, I am unable to upload the clip. However, I’ll give the crux:

1. At least 7 MI 17 helicopters of the Indian army aviation entered into Pakistani airspace while being flown by Bobby Deol, Sunny Deol, Dharmendra, Jackie Shroff and some junior artists, the Indian military while talking to the press declared that the step of using junior artists for the video was taken in order to save some money from the allocated funds for constructing toilets for the Uri brigade HQ. 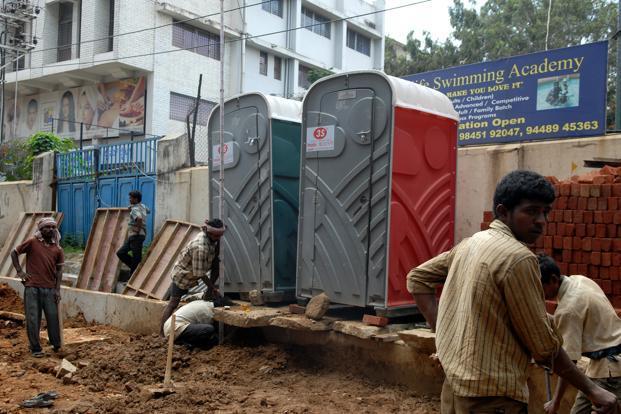 He further added that the bathrooms are being made as a long term measure so that instead of the Indian Army shitting their pants they can atleast go down with some dignity and a dry underwear.

2. Shakti Kapoor played the role of the Pakistani officer who was seen being effortlessly killed by the invading Indian commando forces led by none other than Havildar Rajnikant himself. The Indian forces used the recently inducted and highly toxic Sami grenade named after Mr. Adnan Sami who donated 3/4th of his body weight for the invention of the new bomb.

The bomb which made the atmosphere of the surroundings in-breathable for 6 to 7 hours killed all the terrorists and a few cows as well. When asked how did the Indian commandos manage to operate in such foul smell, the Indian Director General of Military Operations stated that the team was handpicked by him during his daily visits to the loo, a facility only he enjoys being a general in the Indian Army.

He further added that he himself would have volunteered to go for the mission as he was himself pretty immune to the smell and aromas thanks to his open air shifting policy or OASP which he and his fellow officers adopted during their life as lowly officers of the Indian Army and now is being followed staunchly in the Indian army. He further said that he eventually decided to go against it as his piles wouldn’t let him and a blood trail from his bottom would leave traces of his DNA in the hands of the Pakistan terrorists.

3. On their way back, Captain Hrithik Roshan a.k.a Krish met a local Kashmiri gal played by Pretty Zinta. The Captain and the lady sang 5 duets during the 7 hours operation. The father of the lady offered to give away his daughter in marriage but upon hearing that the wedding feast would include cow’s meat, the captain weighed his options and decided to skip the wedding and BBQ.

The Captain while talking to the media also said that while trying to escape the lady’s house and eternal damnation by cow mata, he was helped by Bajrangi Bhaijaan and Chand Nawab who were also trying to reach the border.

4. The video evidence of the complete operation ends with a bad taste, a faint stench of the Sami Bomb coupled with the burning sensation one naturally feels due to one’s pants being on fire on the pretext of being a liar.

Pakistan Suffers Worst CSS Exam Result In History As 98% Aspirants Fail
Dr. Hussain A. Sattar – The Man Who Transformed The Teaching Of Medical Sciences
To Top