An unknown person in Gujarat, India put out an online advertisement to sell ‘Statue of Unity’ to meet India’s requirement for money for hospitals and medical infrastructure to fight COVID-19. However, FIR was lodged against the person for trying to sell one of the world’s tallest statue.

The Statue of Unity was built to honor India’s first Home Minister Sadar Patel in Gujarat’s Narmada district. It is the world’s tallest statue and has attracted several tourists since it was inaugurated by Indian Prime Minister Narendra Modi in October 2018.

According to the ad, the money generated would have been used to help the government amidst the coronavirus pandemic. The description read, “Emergency! Selling Statue of Unity because of urgent money required for the hospitals and healthcare equipment.”

Soon after it was posted, the advertisement was taken off the website.

FIR lodged for cheating and forgery

“Some unknown person placed an advertisement on OLX on Saturday stating he needs to sell the Statue of Unity for Rs 30,000 crore to meet the requirement of money to make hospitals and buy healthcare equipment,” a police officer said, quoting the FIR.

According to police officer PT Chaudhary, the Statue of Unity authorities came to know about the online ad after a local newspaper ran an article about it. “Cheating and forgery case was filed under the IPC (Indian Penal Code), Epidemic Disease Act and Information Technology Act,” added Chaudhary. 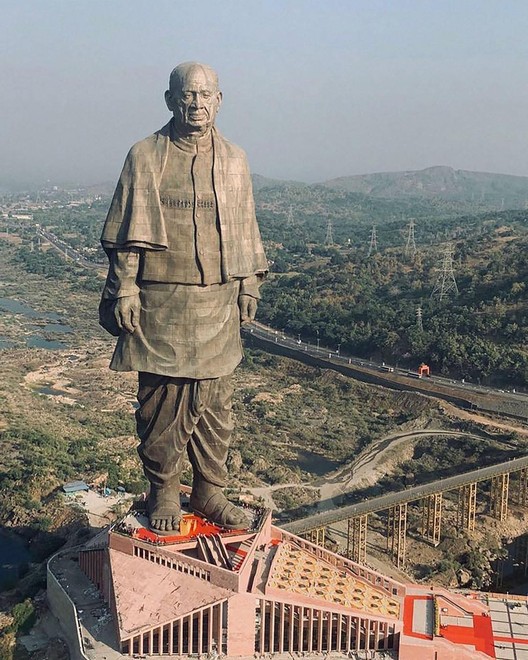 Moreover, according to the administrator of the statue, the ad was placed to defame the government and mislead people. “Such an advertisement hurts the sentiments of several crore people who idolize Sardar Patel,” he said.

Indians react to the idea of selling Statue of Unity

However, the entire thing was obviously done as a joke but some Indians even agreed with the idea. They thought at least the statue will be put into good use.

Some genius has put the Statue of Unity for sale on OLX to raise money for medical equipment 😂👏 pic.twitter.com/4WEkC6xoCs

It feel helpless where I am working in single block with population of 3 lakh doesn't have a single ventilator neither in govt hospital nor in private hospital.

You know what is irony?

After seeing Statue Of Unity on sale
Bhakts be like ….

Dear bhakts, atleast see the description of the person who had put it on sale! And u shoud be happy that he has put 30,000 cr. For it.#StatueOfUnityforsale#lockdowneffect pic.twitter.com/FVlD42WLK7

Waste of public taxes money on a lifeless statue built by the Government of India. The same money can be used for relief fund or building many hospitals, toilets and schools. #StatueOfUnity =Joke to Indian democracy pic.twitter.com/hVRzuMAD3T

However, since the virus hit India, the country has been under lockdown since March 25. So far 114 deaths and over 4000 COVID-19 cases have been reported. Medical workers have complained about not being given adequate protective gear to fight the pandemic.

PM Modi has asked the citizens to be ready for a long fight as he told the ministers to plan a slow exit from the nationwide lockdown. The sudden lockdown in the country is also affecting the low-income class badly.