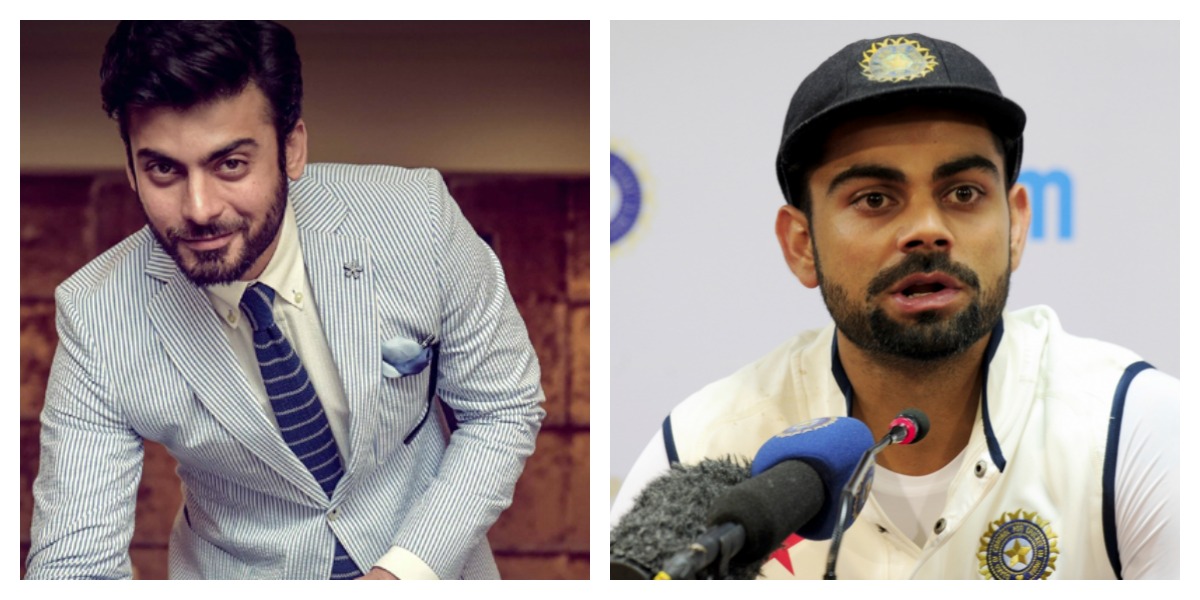 In the recent open letter by an Indian blogger written out to Fawad Khan, the actor was openly asked to speak out against the alleged proxy terror by Pakistani government on Indian soil or leave India. This depicts and represents the sentiments of a section of Indian populace.

But most of them are not of the same opinion. In recent rumors that have come out, Fawad Khan is expected to play Virat Kohli in the upcoming MS Dhoni biopic film.

This news is certainly an indication that Bollywood and, by association, a major chunk of Indian audiences love to see Fawad Afzal on the big screen. Enough to see a Pakistani play an Indian cricketing hero!

And In Contrast, This Is What A Pakistani Thinks

While This Guy Just Came Up With A Brilliant Idea

Fawad Khan will be playing d role of Virat Kohli in MS Dhoni’s biopic. Had the director been practical, he would have picked Ahmad Shahzad

What do you guys think of this? Let us know!

This Indian Journalist Wrote A Hateful Letter To Fawad Khan And Wants Him To Leave India!
Cricket Fans Will Lose Their Senses After Reading The Views Of This Girl!
To Top