As Pakistan’s tourism industry is booming bringing many foreign tourists to Pakistan including the progressive steps being taken towards promoting it further to the world has placed Pakistan as one of the best places to travel to. The country has much to offer to the foreigners and with several YouTubers who came to Pakistan, have left with footages of an unforgettable experience that includes unmatchable hospitality of the locals to breathtaking picturesque areas.

However, according to the recent survey, India ranked as the 5th most dangerous country for tourists. 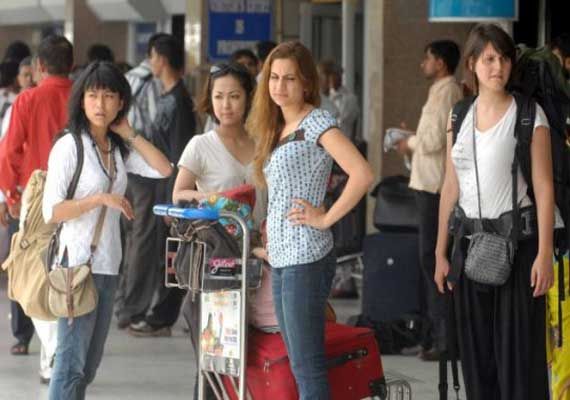 According to a report released by Inter Nations, a leading network for guidance to expats around the world India was ranked at 5th for being the worst country to visit. Expat Insider Survey 2019 placed India at 60 out of 64 on safety and security.

The countries were ranked on the quality of life, ease of settling in, working, family life, and personal finance. In this survey, a total of 20,259 expatriates participated representing 182 nationalities living in 187 countries. Out of the 64 countries that were surveyed, India came at 59.

Four out of ten respondents were unpleased with India on various fronts.

According to the survey, 27% didn’t feel safe in India and had negative feelings towards the peacefulness this country had to offer.  A US American expat, for example, expressed her displeasure over the fact that she does not like “always having to keep my guard up — as a female, I don’t feel safe. As a resident, I often feel taken advantage of at work and outside work,” said the survey.

Via India Times/Reference Picture only

The survey also found, “Almost double the global average (32% vs 17% worldwide) rate the political stability of the country negatively. An Australian expat shares that ‘politics has become hardline, and there are social tensions’”.

It is no hidden fact that the vicious rape culture in India dominates the entire country and even foreigners have been raped. There are numerous reports showing the startling high graph of expat rape cases and some are even fighting in courts to bring the culprits behind bars. At one point google even declared India as a namakharam country, since whenever you would google this, India will pop up as the suggestion.

This is the level of safety, peacefulness, and sanity in India reported first hand by actual foreigners. What more does the world need to see the grim and sad reality of India?

Nazish Jahangir Threatens Fatema Sohail After She Blew Her Private Messages!
Quaid-e-Azam University Breaks Into Top 500 Universities Of The World And It Is The Only Pakistani One!
To Top