How has India and Pakistan collectively ruined the lives of the common man in the region? 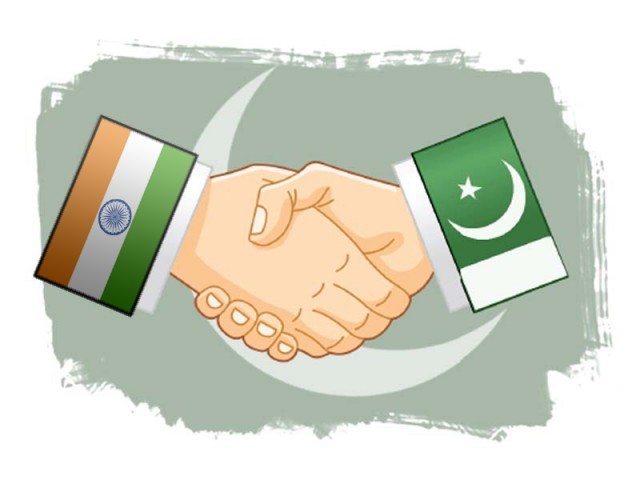 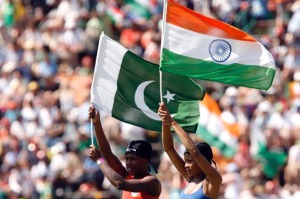 They have shared a common border for the past 67 years. They will continue to do so for all the coming times. Their people share the same ancestral history and their cultures are similar-looking too. Despite these positives, India and Pakistan continue to be each otherâ€™s biggest enemies. Knowing the fact that the peace process between two can bring prosperity to an extent two countries havenâ€™t witnessed ever. They have resorted to war number of times, but in the rage of animosity and hatred, the leaders of both countries have done things adversely affecting the populace of both countries which are worse than the war.

1.Isolated the people of both countries

It is no more hidden that leaders and establishment have their own motives. In the name of national interest, they promote these motives to protect their own interests. These sections are pervasive within societies and political spheres of both the countries. But, itâ€™s the common people within both countries that are hurt the most.

During and after partition, millions of people migrated to this part of the subcontinent and many migrated to India. However; many still have relatives on the other side of the border. They want to travel and meet their loved and abandoned ones. The governments of the two countries have turned deaf ear to their wishes. Constrained Visa procedures, dismal security measures, no promotion of academic and student exchange, lack of joint concerts, colossal trade barriers, and lack of facilitation for all these facilities have kept the people of two countries far away. They have been deprived of their right to explore each otherâ€™s culture, festivities, art, cinema, intelligentsia, and other academic works. The people of both countries have been forced to keep away from each other; this has given space to extremists, bigots, propagandists to further their own aims which could only be achieved by sowing seeds of hatred on both sides of the border.

2.Having Trade barriers that have hurt the common men in both countries

Lack of trade opportunities has hurt the middle class in both countries. Itâ€™s estimated that if normalization occurs and trade liberalized, the current trade of $2.5 billion will increase to $10 billion. Most importantly, the lower-middle-class traders will benefit from this. This is the same class of society that stands exploited by various chauvinist factions in both countries. Higher the trade, higher is the peace as people become prosperous and lack reasons to fight. Unfortunately, trade is overlooked by the governments of both countries. it should be given the highest importance as it comes to the real prosperity of common people. Giving each other non-discriminatory market access will remove all the impediments to growth in trade. Making roads better and cutting on customs hurdles by relaxing bureaucratic obstacles will create trade opportunities. Both countries have the right to protect key industries but balanced-trade is still possible in the context of correct policies. At the end of the day, the competition will increase and it will be the customer who will be beneficial in both countries.

3. Maligning each other through hatred filled stories of Partition

We have maligned each other a lot by telling opposite and hatred filled stories about partition to our kids. The governments take pride in educating their children about the massacre done by other countries during partition. It gets worse when the educational curriculum of both the countries internalize the hatred against each other and as a result we have generations who wonâ€™t clear their hearts for people of other countries.

This is worse than any war because this goes for generations. Itâ€™s high time the pacifists and liberals in both countries work towards this aim if they want to secure peace for coming times. It will only happen once we start telling our children about a better version of partition acceptable to people of both the countries. Historians and academicians from both countries have a part to play. The moderate narrative of centuries-old common culture, traditions and co-existence of Muslims and Hindus can be projected to make people understand the common threads linking them rather than injecting dogma and abhorrence for each other. Partition is totally acceptable to both the countries but let us not use it to make us foes forever, when we can be friends as history witnesses we were.

The common love for sports keeps the people of the country together even in times of crisis. Pakistan and India share an array of common sports. Cricket, hockey, kabbadi, tennis, football, badminton, and all other sports are played and equally enjoyed by the people. Sports events mainly cricket tournaments give chance to experience the landscape of each otherâ€™s country apart from opportunities of socializing and cultural harmonization.

In recent years, sports tours between Pakistan and India have diminished. The dirty political motives have overshadowed rich sports and cultural activities between common people on both sides of the border. Knowing the fact promoting sports such as Cricket makes the environment feasible and pleasant to talk about real issues also, the governments remain negligent. The love of Indian spectators is visible during the rare appearance of Pakistani players during a mega sports event in India such as cricket champions league and etc. Iâ€™m sure same goes for Indian players within Pakistani populace. Sport can be the best diplomatic way to promote love, peace, and harmony among the people of Pakistan and India.

This is sad but true. People in India and Pakistan through having peaceful and positive feelings towards each are forced to change their perspective to achieve the label of a patriot. This can only be achieved once you unleash chauvinism and project your superiority by adopting war-promoting philosophy. Anybody talking about peace receives lesser attention from media and certain civil society sections.

The war between India and Pakistan is not viable, and impossible to occur. Moreover talking about war doesnâ€™t make one patriot as it is not least in the interest of both countries. There are issues such as extremism, terrorism and cross-border interference from both countries, but spreading hatred and adopting adversarial policies for flaring up people of the country against others will make matters only worse. When we can achieve much prosperity and progress through peace and brotherhood, war and conflict will serve no one, no one at all.