Prime Minister Imran Khan recently met the President of the United States Donald Trump at the White House and both premiers had successful dialogues. During the talks on various matters, Imran Khan brought up the matter that no one would think he would; which was the long-standing dispute of occupied Kashmir.

Surprisingly, Trump claimed that even the Indian Prime Minister Modi asked him to mediate on Kashmir issue, which was met with intense outrage from India. They denied their Prime Minister making such statements. 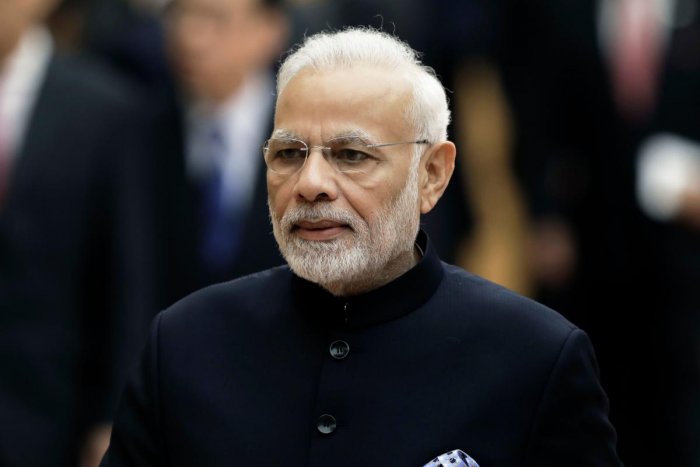 However, after this event, news has emerged that is extremely alarming. Sources say that the situation has heated up in Kashmir and an additional 25,000 Indian troops have been deployed in the occupied Kashmir over the already 10,000 present, that arrived there a week before. They have been stationed to various parts of Kashmir. Moreover, things have definitely taken a serious turn as the Indian government has placed their army including their Air Force on high alert. It is being rumored that something big is about to happen after August 15 or maybe even before that.

Everyone is questioning what could have been going in the occupied Kashmir that they needed to place Army and Air Force on high alert?

Pakistan must be prepared for any sudden attack by India…
They are escalating for no apparent reason…this is crazy…. pic.twitter.com/x8GlUHmuhM

A Twitter Thread Suggests A Possibility Of Intense Conflict Between Pakistan And India That Could Be Hinting Towards A Full-Blown War In The Future?

The authenticity of this thread has been confirmed by Zaid Hamid, who suggested that the information below seems credible.

“Article 35A and Article 370 are two such articles in the Constitution of India that provide special rights and privileges to the permanent residents of J&K and grant special status to the State of Jammu and Kashmir.”

It is being rumored that the existence of article 35 A might be removed and with the additional deployment of Indian soldiers might bear bad news for Kashmiris and Pakistan.

This comes after Indian government shifted more than 35,000 extra troops to Kashmir amid rumours of scrapping of Article 35A.
Tension has gripped Kashmir in fear of major escalation.#PakArmy #Kashmir #Article35A #India

This was revealed after another serious incident, where it is being reported that India and Pakistan’s Barrier Combat Air Patrol (BCAPS) came close to each other more than once in less than 5 hours. This seems intense and it is likely that the situation between both forces is escalating.

This comes after yesterday’s event in which BARCAPS of India and Pakistan came face to face at more than one instance in less than 5 hours in which at least once one Indian jet spiked a Pakistani jet. #Kashmir #India #Pakistan #PAF #IAF

If this information is authentic then India does seem to be trying to initiate war with Pakistan by causing major conflicts. Nuclear war is off the table and would do irreversible damage that no other country would want even. India needs to reconsider their moves and consider productive dialogues over extreme measures. India’s war-mongering needs to end for good.

Also Read: Indian Media Reveals IAF Pilots Were Up Smoking All Night And Were Terrified Of PAF Before The Balakot Strike!

Since this morning more than 10 separate people have confirmed to me that Pakistani intelligence, with most Pakistani civil and military leadership concurring, that India will carry out incendiary and escalatory measures after 15 August, possibly even before. #Kashmir #Article35A

Wouldn’t call it face to face. But both CAP teams knew the enemy team was closing in and still didn’t break off. That’s kind of….. chilling? Since both teams controllers didn’t tell them to back off. Tells something about aerial ROE over Kashmir regarding PAF and IAF

Hopefully, the heat dies down and both countries celebrate their independence day with the same zeal and excitement as every year while the suffering of Kashmiris lessens instead of escalating.

Sir @ZaidZamanHamid They are trying Pakistan’s patience. They will get nothing but dust and blood.
Pakistan Zindabaad
Labbaik #Ghazwaehind https://t.co/zzvudXcFxn

What are your thoughts on this? Do you think India is planning on initiating war against Pakistan? Let us know in the comment section below!

Students Of BZU Allegedly Took A Trangender Inside The Hostel For ‘Mujra’ And This Is Insane!
What is Naegleria Fowleri? – Facts And Symptoms That You Should Know About The Brain Eating Amoeba!
To Top