India will get second consular access in the Kulbhushan Jadhav case after it accepted Pakistan’s request for the same. The Indian High Commission in Islamabad will meet the Indian spy at 4:30 pm today, said sources.

Two officials from the High Commission will be allowed to meet him, confirmed Indian media.

“Earlier, the Indian diplomats had reached the Pakistan Foreign Ministry to talk about the modalities of consular access,” said NDTV.

Jadhav was arrested on March 3, 2016, in Balochistan. He is a serving commander in the Indian Navy and working for India’s Research and Analysis Wing (RAW). Meanwhile, a military court the following year held Jadhav on charges of espionage and sentenced him to death. 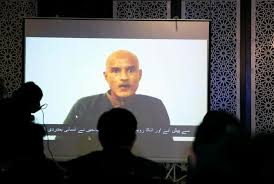 However, India has always been saying that Jadhav is innocent. It had asked the UN court, also known as the International Court of Justice (ICJ), to intervene in his case.

Pakistan was never bound to allow diplomatic assistance for Jadhav as per the bilateral treaty between the nations.

The ICJ, however, dismissed the argument and found by 15 votes to 1 that Pakistan had breached Jadhav’s rights under the Vienna Convention on Consular Relations.

“As a responsible state, Pakistan will grant consular access to Jadhav according to Pakistani laws for which modalities are being worked out,” the government said in 2019.

Pakistani considered the ruling a favorable outcome overall, as the court did not order the acquittal and release of Jadhav.

Also Read: Why India Is Celebrating ICJ Verdict And Who Really Won The Kulbushan Jadhav Case