Indians and Chinese are at a war since the killings in Ladakh border where about 20 Indians were killed after trying to breach into the Chinese border. However, the actual story that lies here is why were Indians even trying to annoy China, by building roads, and passageways on a disputed territory of Ladakh.

China VS India – A war of minds or power?

It is about time we realize that why would India call upon their own self a war; which even they know is difficult to win. Knowing Narendra Modi’s fascist mindset, we do know that the largest democracy in Asia isn’t doing something without a foolpro0f plan, or is it? According to the Indian media, China is trying to grab power by attacking Indian owned military bases. 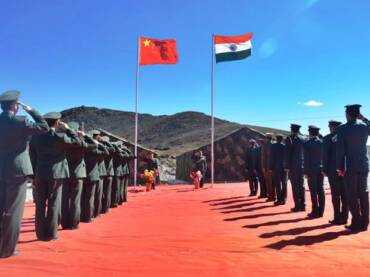 This might seem confusing to many, you see, the controversy behind the Ladakh border lies on eight fingers. Finger 1 to Finger 8 is believed to be the land under Indian territory. However, now China has managed to capture about Finger 8 to Finger 4 territories of Ladakh land.

In fact, now the Chinese army has managed to capture the Finger 4 area, making the Indian army back down to just three bases in Ladakh. The habit of nagging is something that we can call the second nature of India. They manage to annoy and provoke anyone, and once, matters worsen, they respond by opting with their proficient media to shower them with fake praises.

However, in this story, India’s plan seems to be a tad bit too foolish; according to their media, the Indian army is planning to make sure that the war with China will be ongoing for another 5 months till December.

The purpose to delay war till then is to await winters, as this will allow Indians to win back Finger 4 base. 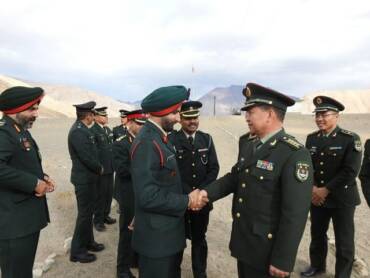 How? Well, according to the Indians, the Chinese army will be forced to leave the Finger 4 base because it gets too cold over there. We know it sounds a bit pathetic, but what do we know; perhaps India really has something up their sleeves.

At the moment we can only hope this latest plan, isn’t as dumb as it sounds. The main aspect to focus on here is why is India prolonging this attack? Is Ladakh Finger 4 really of that much of importance?

The importance of Finger 4 area

Now to bring a twist in the story, it is crucial to learn why Finger 4 is of great importance to the Indian military? The answer is very simple. The Finger 4 area is located on the very top of the land and allows to create a good spot for the army and military to operate more proficiently. 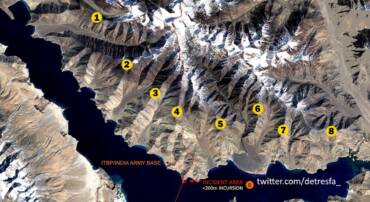 The importance of this crucial base is that it creates connectivity amongst the mountain passageways, and can allow operating more proficiently as it gains power. Hence, this reason is enough to create transgression between the two nuclear power countries China and India.

At the moment, we can’t say much about how the situation is going to aspire; or whether India really is going to be able to sustain itself, after such a big major mistake.

About 20 plus Indian soldiers have given their lives in India; we wonder, when will Indian PM Narendra Modi understand, that his racial and fascist thinking isn’t appealing to anyone. Not only is he becoming a threat to Muslims, but he has managed to defame the reputation of India miserably throughout the world.