With the Kartarpur Corridor set to celebrate Guru Nanak’s birthday on November 12th, India has hurt Sikh sentiments once again. The Indian government has taken a step that will serve as further fuel to fire on the Khalistan-2020 issue.

With respect to the sentiments of our Sikh brothers, Pakistan had offered concessions to the Kartarpur pilgrims. However, in the latest developments, India has rejected all concessions offered by Pakistan. The concessions were being offered to ease the burden of traveling Sikh pilgrims on the auspicious 550th birthday of Baba Guru Nanak. 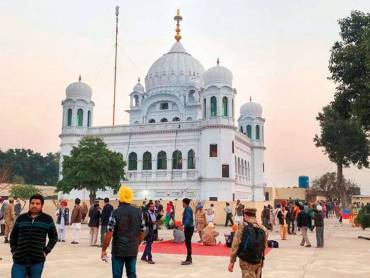 Pakistan’s Foreign Office spokesperson Dr. Muhammad Faisal said in his tweet: “As a special gesture, #Pakistan announced concessions on the auspicious occasion of 550th Birth Anniversary of #BabaGuruNanak to facilitate pilgrims. This has been REFUSED by #India in blatant disregard of Sikh sentiments.”

As a special gesture, #Pakistan announced concessions on the auspicious occasion of 550th Birth Anniversary of #BabaGuruNanak to facilitate pilgrims. This has been REFUSED by #India in balatant disregard of Sikh sentiments.#Indiaconfused#PakistanKartarpurSpirit

Imran Khan, the Prime Minister of Pakistan, as a sign of respect to Sikh sentiments, had waived off 3 requirements for Kartarpur pilgrims. As per the waiver, Sikh pilgrims did not have to carry their passports or convey their personal information to the govt. of Pakistan. Another waiver allowed Sikh pilgrims to go to Kartarpur as they please, without registering 10 days in advance.

The third waiver, which was financial, was also withdrawn. Sikh pilgrims did not have to pay a service charge of $20 to Islamabad, from November 9th to 12th. In continuation of his first tweet, Dr. Muhammad Faisal shed light on India’s intents. Indian Sikhs have already been praising PM Imran Khan for Kartarpur.

In addition, Dr. Muhammad Faisal said: “If India does not wish to avail of these facilitative measures for pilgrims, it is India’s choice. India is creating confusion to confuse.”

If India does not wish to avail these facilitative measures for pilgrims, it is India’s choice.
India is creating confusion to confuse. #Indiaconfused#PakistanKartarpurSpirit

Undoubtedly, Sikh pilgrims in large numbers have been coming to Pakistan through the Kartarpur Corridor. Gurdwara Kartparur Sahib has been filled with lights and a welcoming environment. The Gurdwara is one of Sikhism’s most prestigious and religious sites based in Narowal, Punjab, Pakistan. Additionally, the travelers had been offered to travel without a visa to Pakistan.

Furthermore, this latest step taken by the Modi government has further agitated Sikhs in India. While Pakistan continues to make things easier for them, it is their country that is causing problems for them. On the other hand, the Indian government is afraid that Pakistan will help fuel Sikhism’s agenda for a separate land known as Khalistan.

Moreover, another issue relating to the Kartarpur Corridor is that the Modi government is not allowing Navjot Singh Sidhu to attend the event. This whole deal between India and Pakistan which was agreed to on October 24th was the brainchild of Imran Khan and Sidhu.

Last but not least, Pakistan’s Foreign Office has been very vocal about India trying to subside this auspicious and historic occasion. Nonetheless, this event further shows solidarity and unity between Muslims and Sikhs in the sub-continent.

Careem And Badar Expo Join Hands To Boost The Hospitality Industry!
Pakistan Will Be Hosting The 2020 Circle Kabaddi World Cup
To Top