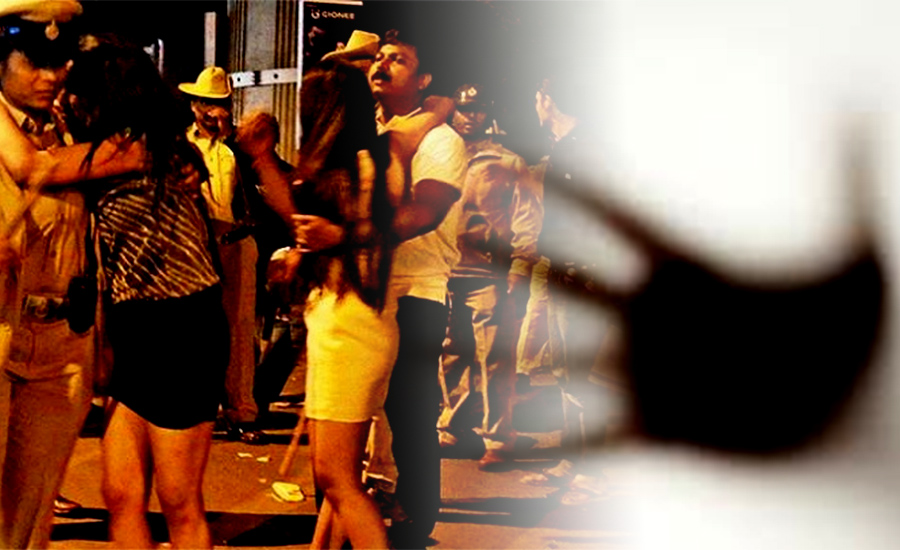 India is again in the news for all the wrong reasons. Where 2017 has brought hope across the world to be a year better than its predecessor, it has also brought shame to India. In the world’s largest democracy when the clock hit midnight on the New Year’s Eve, there were unimaginable scenes witnessed. Those scenes were so disgusting that they put humanity to shame. Women were groped, women were molested and women were treated as nothing but mere objects. The scenes witnessed in Bengaluru crossed all lines. India is fast falling into this pit and there is no end in sight. But… There might be…

Numerous such clips have emerged on social media and reported widely across the world. When the clock hit midnight in Bengaluru, people began grabbing women and molesting. Whole mobs harassing women in public eyes and no one dared to do anything to stop them. It’s nothing new in our neighboring country. We regularly see Indian men disregarding the sanctity of women in broad daylight with onlookers watching and literally doing nothing.

Dozens of media outlets have reported those scenes and well that’s what has been happening across all these years. It’s widely reported on the media, people blame the mentality of men and ask them to change, others blame the women – the blame game continues with no end.

With things going in circles, the epidemic of rape and women harassment is just increasing in India. There is no end in sight. There is hopelessness. There is shame. But there is no end. Understandably, Indians across the globe feel ashamed seeing this face of their country. So how to change that? Is there anything India can learn from Pakistan? And are there things Pakistan should never do while copying India?

Well, we don’t want to hurt feelings but let’s face it. It all begins with the mind of a negative man. Why is rape and harassment increasing in the Indian society? Can we attribute it to what is being done with minds of Indian men? Can we not link it with the rise in women objectification in India through Bollywood where item numbers are being made focusing on the woman’s body? And there is no shortage. Such videos become popular hits and that was echoed by the Indian actress who blamed her director for objectification. 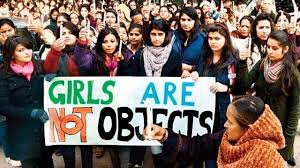 Women objectification is a stark reality in India and that has made women nothing but a piece of moving flesh for Indian masses. Why else would incidents like the ones seen in Bengaluru continue? Why else would they grope women randomly on the street? Why else would they remove dupatta of random women and beat them in broad daylight? Why else would they rip clothes in front of public? Why on earth would people be silent onlookers of such inhumane actions? And why else would Indian women be not safe even within their homes? India is rapidly changing and we need to accept the cause to get to the cure.

Well, apart from men and their minds, there is one more thing that needs attention. To control and cure what’s becoming a major epidemic in India, we need to define our priorities. Many of us ignore religion in disguise of liberalism, mostly when it’s discussing lifestyle. India does that and does that overwhelmingly. We ignore its teachings and call ourselves open minded. We ignore what the Creator told us about how to live our lives – the One who created us would know what’s good for us, no? By ignoring those teachings we end up in a mess. The current mess in India and what happened in Bengaluru can easily be linked with that. How to Change Things?

Crime has always existed and will continue to do so. That is why we protect our valuables from being stolen. We know that majority will not touch it but there will be someone who would have a criminal mind. Hence we protect it. Islam talks to men and women to protect their modesty, as that’s valuable to both. Islam asks about respecting women. Why is that? Islam talks about prevention, emphasizing on prevention being better than cure. Thankfully, we Pakistanis do treat our women with that respect and there is a lot of emphasis on modesty in dressing and other actions. Hence any dirty mind thinks 10 times before even teasing a woman in public.

Even Indian politicians are realizing that and starting to talk about how should people focus on prevention rather than suffer later. After the scenes from Bengaluru got viral, leader of Samajhwadi Party said that he could not expect that his daughter would be treated with respect if she is alone celebrating with guys on a New Year night. Another leader of INLD, Chautala said that women should get married at early ages to prevent such incidents.

While we may not agree with what the Indian politicians had to say but it is a fact that slowly they are coming to terms with reality: a reality that cannot be changed with mere words focusing on the mentality of boys. Neither can it be changed by comments like parents should ask their children not to rape. No parent tells their child to rape or steal or murder. But there are rapists, thieves, and murderers.

Hence, if India is serious about eradicating the rising rape epidemic, it should end women objectification via mass media. Modesty and respect should also be given importance. It would be better if India realizes that it has exhausted all other ways and come to terms with reality sooner. It’s time for Indians to accept the notion that prevention is better than cure or there will be more incidents like those seen in Bengaluru.