This year, Independence Day celebrations across the country were in full swing. And why not? It was a supremely special occasion due to the fact that Pakistan has completed 70 years. This country and its people have been through a lot. Unrelenting problems have snapped from all directions in the past decades, yet our fellow Pakistanis kept the national spirit alive this Independence Day. Prior to the day, the only colors we saw in the streets, roadsides, neighborhoods and almost every corner of the country were green and white. The nation was prepped up for the biggest celebration in the approaching time. Then the dawn came. The day when it was all going to happen. Pakistanis from the seashore in Karachi till the highest peak up-North began their celebrations. Thanks to the Internet, we can take a look at everything!

Then the dawn came. The day when it was all going to happen. From the seashore in Karachi till the highest peak up North, Pakistanis began their celebrations. People went beyond the norms, beyond the miles, and beyond everything to carry out celebrations and my word, all turned out amazing! Thanks to the Internet, we can take a look at everything.

So, let us look how Pakistan was uplifted on the biggest occasion in the country

Hum hain Raasta, hum hain Zindagi, hum hain Aasmaan, hum hain Roshni. (We are the Path, we are Life, we are the Sky, we are the Light) – Photo by @fictionography. – Caption by @faysefankaar. – To share your independence day photos with us, use the caption #TumSeHaiAzadi

This waving flag is a gateway to goosebumps

Hamara percham, sub se pyara percham! ??? This lovely #TumSeHaiAzadi entry has been sent by @omgmoods! Share your Azadi moments by using the hashtag #TumSeHaiAzadi and get a chance to be featured on our Instagram and win a Telenor Handset via lucky draw! #70th #Pakistan #islamabad #freespirit #slomo #omgfilms

We love how this picture speaks on so many levels! This lovely #TumSeHaiAzadi entry is by @storiesbyemir . . Share your Azadi moments by using the hashtag #TumSeHaiAzadi and get a chance to be featured on our Instagram and win a Telenor Handset via lucky draw!

The minorities weren’t behind at all!

Look at that crowd in Peshawar!

A thousand emotions in this one

Every Pakistani in their own way!

That’s not all; more than 25 thousand Pakistanis used this Facebook DP filter by Telenor on Independence Day 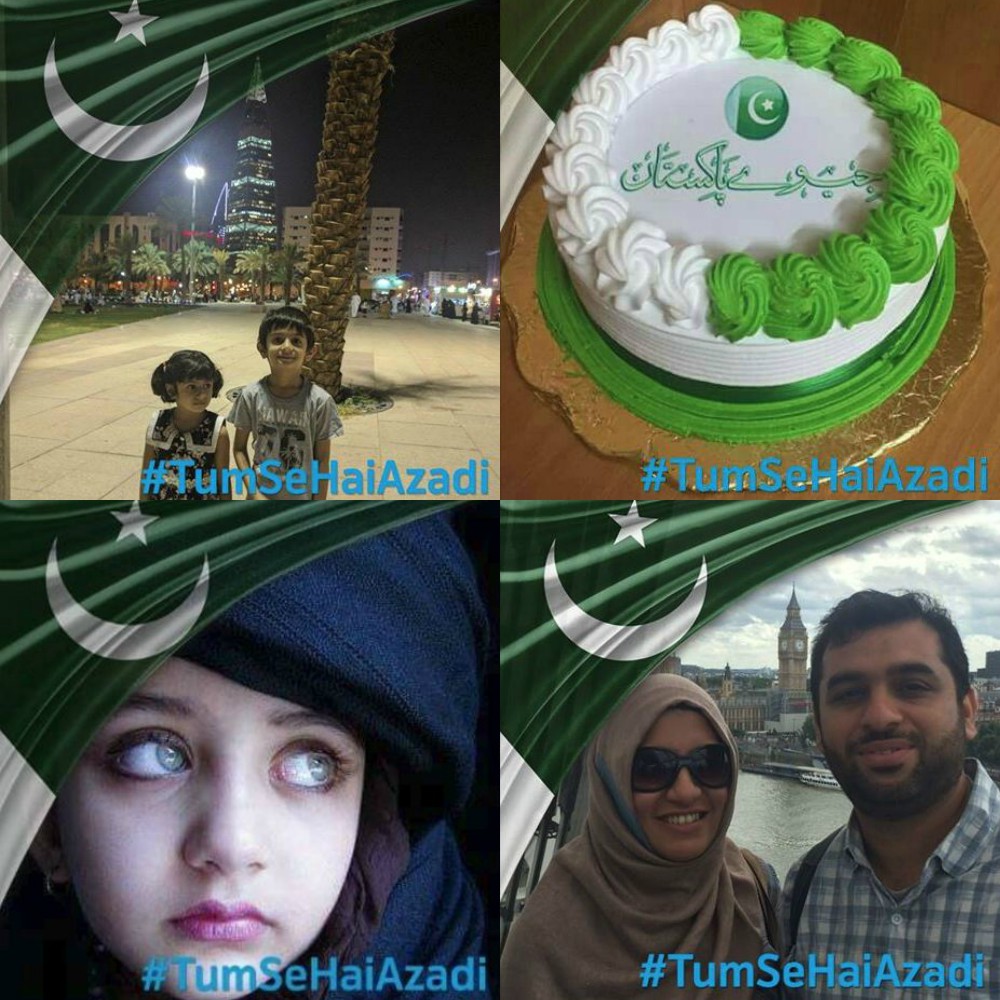 The key takeaway: every Pakistan in their own way, no matter how little or large, leaped forward to mark this occasion. It was not only confined to the major cities and mega-budget celebrations but by combining individual efforts for an unconditional love for this country. Everyone did their own part and it’s making us proud!

How did you celebrate the occasion of 70th Independence of Pakistan?

Parents Are Protesting Against Schools And You Need To Know Why
This Pakistani Girl has Come Up with a Hilarious Version of GoT Episode 6!
To Top