All heads down to our team’s “crushing” performance at our debut to CWC19 against the all-too-good West Indies. The outcome of the match very much reflected our expectations as a nation known for its ardent pursuit of the game. The craze that we have been nurturing down our history aptly applies to all forms of the game — Test, ODI, T20 or the newly crafted T10. The 4-year old PSL (Pakistan Super League) has proved to be a refreshing breeze for the national fans, specifically. Team green’s ODI gameplay in recent times has presented an utterly dismal depiction. Many, rather a large majority, opine that our 1st encounter is a prelude to our upcoming head-on in Ind Vs Pak CWC19 match.

Due on the 16th of this month, falling on a Sunday, this contest is definitely poised at being a true nail-biting sporting experience. At least, this is what we hope for the contest to be between the two arch-rivals. To be more specific and dedicated to this subject alone, let’s proceed below.

Is Ind Vs Pak CWC19 A Looming Fear For The Men In Green?

Whatsoever, Every Cloud Has A Silver Lining!

Despite all the wrong and sorry state, the green shirts have to their name a complete set of all three World Class Competitions. We possess victories in 50-over World Cup, 20-over World T20 and the ICC Champions Trophy. Looks like we can quite easily and promptly kick out the average pessimist from within our ranks! For your interest, let’s mention that even the mighty Australia still await the trio of wins in all of the three tournaments.

When our national team has three major crowns (alias trophies) to its name, do our critics have an iota of the right of being skeptical about their bloodline? As a matter of fact, no other group or institution or firm has been able to achieve this feat. That is, the feat of doing the best on a global scale on three separate international occasions. But, let’s tarry here.

Provided all that we have achieved so far in the cricketing world, our team is tagged at being the most unstable and unpredictable at a given instance. As to how many times have we snatched victory from the jaws of failure or succumbed to child-like circumstances is innumerable. Hardly anyone would doubt the level of excitement and fire that represent a Pak vs Ind game, be it at any venue. The record books have it that Pakistan has fared much better than India in head-on clashes in all game formats. Certainly, something to cheer about until we come to their mutual contests in all World Cup tournaments alone. Take a deep breath here.

In The World Cup Context, India Enjoys A Upper Hand

This is a fact that most of us Pakistanis would prefer to be omitted from the record chronicles. But, we’ll be transparent here, even if that is required only temporarily. In all World Cup encounters — yes, you’ve read it right — in ALL of them, the Indian team has ruled the roost. This is a unique trend to date, unheard of in the rest of the cricketing world. And ever since this tendency has gone rife with our green heroes, the nation with its fans, the local controlling body, the media, and an average critic are all in search of the underlying cause in this uncanny course.

The Triumphant Indian Side: Boasting A Clear-Cut Dominance Over Pak! 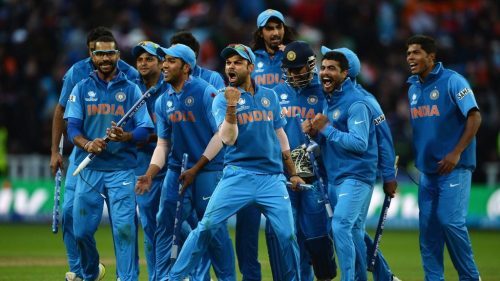 Pak Vs WI CWC19 As A Preemptive Scenario

Both the teams competed the said contest as their opening in the grand competition. By the face of it all, our team green never looked like contesting a CWC19 ODI. The series with England in the same month had culminated in no otherwise outcome, but we witnessed some of the best performances from our playing band. However, come the World Cup and the same selected squad gave in with the likes of a street-level cricket assemblage. Occurring all blistering, our U19 (Under 19) squad would have struck off a better deal with the opposition. A paltry target of 106 for West Indies as the opponents appeared easier than child’s play. And Lol, the 100-over match finished off within the 35th over mark, both innings combined. Early celebrations for the Windies and relief for us. Can We Nail The Ind Vs Pak CWC19 Contest?

Our team playing the ODI through to success appears dubious, frankly enough. The apt question to ponder over is quite burning for the most impassioned of fans, here and elsewhere. Ever wondered why can’t a Pakistani fan frankly and unembarrassed speak up that their team would fetch home the World Cup? Some crucial occasions aside, they are emphatically liable to incomprehensible and jaw-dropping failures in the face of anticipation. Hence, the outcome of one of the most interesting and engrossing CWC19 matches might just be quite evident, to say the least. When they triumph, they do so out of nowhere. Essentially, that is how they operate and that is the modus operandi they always adopt.

In such a scenario, we all can do a few things, invariably. Just sit back on our couch, loosen up and let the mania of fans work best for the team. In other words, let’s all raise our hands in prayers since awam ki duaen hi Pakistan team k doobtey huey jahaz ko bacha sakti hain. Till then, we all are free to dream and daydream nice and BIG!!