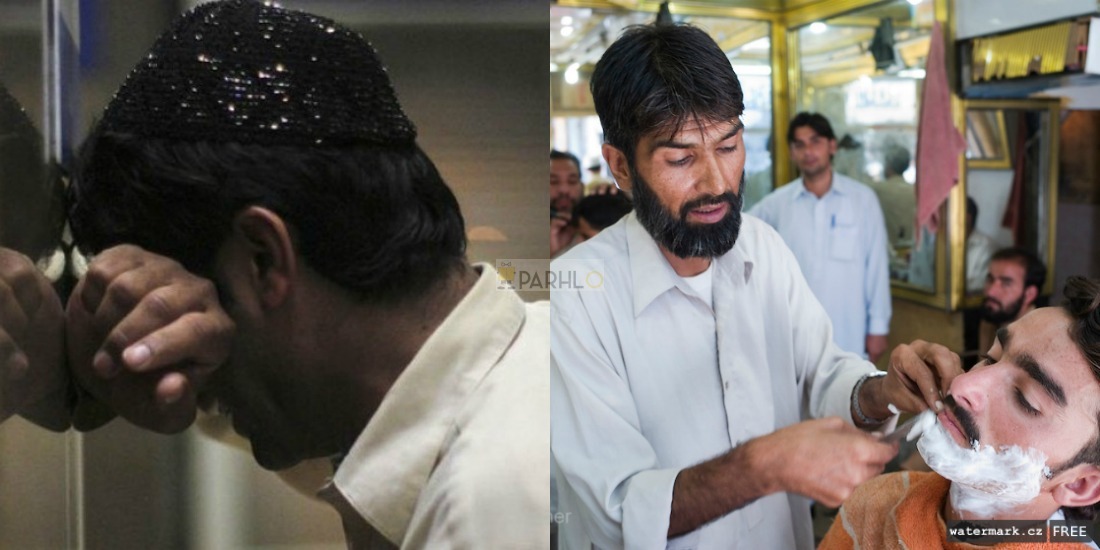 Pakistan is a country where a huge chunk of the population, the majority obviously, lives below the poverty line. When the financial conditions toughen their hold around a person, the level of living is bound to go down, leading to a number of diseases or health constrictions. One of Pakistan’s deadliest enemy is the Human Immunodeficiency Virus (HIV) and Acquired Immunodeficiency Syndrome (AIDs).

HIV or Aids is an infectious disease which cannot be controlled through medication and is known to be one of the deadliest in the world. In Pakistan, instead of decreasing, the disease has seen an alarming boom and increase in a number of patients who have been diagnosed with or succumbed to the epidemic disease.

According to the Institute for Health Metrics and Evaluation (IHME) at the University of Washington in Seattle, Pakistan is seeing a 15% increase in Aids and HIV patients every single year. From 350 deaths in 2005, the number had gone up to 1500 deaths per year in 2015.

How HIV/Aids caused and how do people get it? 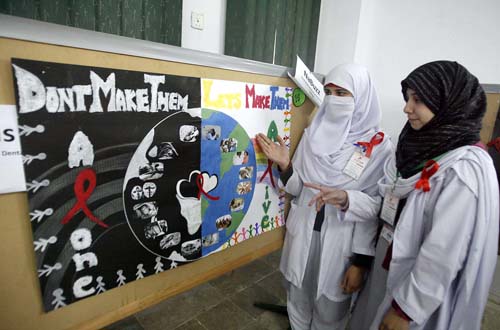 Sharing needles to inject drugs or steroids is another way that HIV can be passed to other people. Sharing of needles for tattoos, piercings, and body art can also lead to infection. Someone with HIV who shares a needle also shares the virus, which lives in the tiny amounts of blood attached to the needle. Sharing needles also can pass hepatitis and other serious infections to another person.”

This is how HIV/AIDs patients are treated in Pakistan 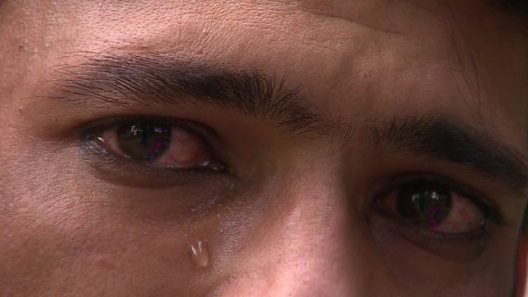 In Pakistan, Aids is considered to be a huge stigma. People with aids are thought of as unequal, unhygienic and not worthy of living. Without thinking of it as any other disease, like cancer or tuberculosis, people often consider that people with HIV or Aids are children of a lesser God. This brings in the factor of the patients feeling humiliated and not disclose their illness.

One thing that everybody needs to remember is that: You will not get HIV from hugging, holding hands or any other casual contact. HIV or Aids is NOT spread through coughing, sneezing, or sitting near a patient.

It is very important to prevent the disease from spreading, and when the patients are forced to hide their illness, it gets impossible to control the epidemic because nobody is aware of the person having HIV or AIDs. This is one of the worst situations society has created where patients with the illness are not accepted in any social circle. Aids patients in localities are forced to leave their houses and the area, so the disease does not spread, especially in the rural areas.

Preventing HIV and Aids: precautions you must take! 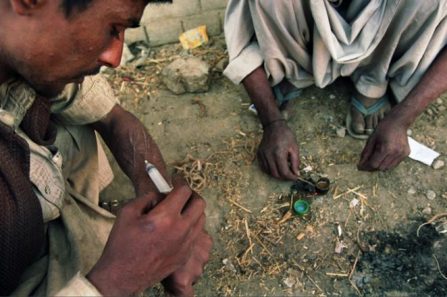 As it has been mentioned before, HIV and Aids can be caused by unprotected intercourse. To prevent any chances of getting the disease, it is important to get tested and know your partner’s HIV status as well. It is important to not have unprotected sex and proper contraption methods should be used. A high number of sexual partners or frequent change in partners can also lead to HIV or Aids.

However, in Pakistan, the most common cause of getting HIV or Aids is by injecting drugs and needles. Heroin addicts, especially, who keep exchanging used needles to inject the drug, are most likely to acquire the disease. Furthermore, when you’re at the barber, always remember to ask him to use a new blade for your beard or hair, used blades can also cause the disease with or without sterilization.

All in all, it can be said that HIV and AIDs is indeed on the rise in Pakistan. However, it is never too late to be cautious and prevent the disease from spreading and taking more toll on the general public than it already has.

Here Are 7 Tips To Help You Save More Money!
Ali Zafar & Misbah-ul-Haq Go Head-to-Head In The Famous Push Up Challenge
To Top