An Inclusive Art show in Karachi And The Creativity|Parhlo.com 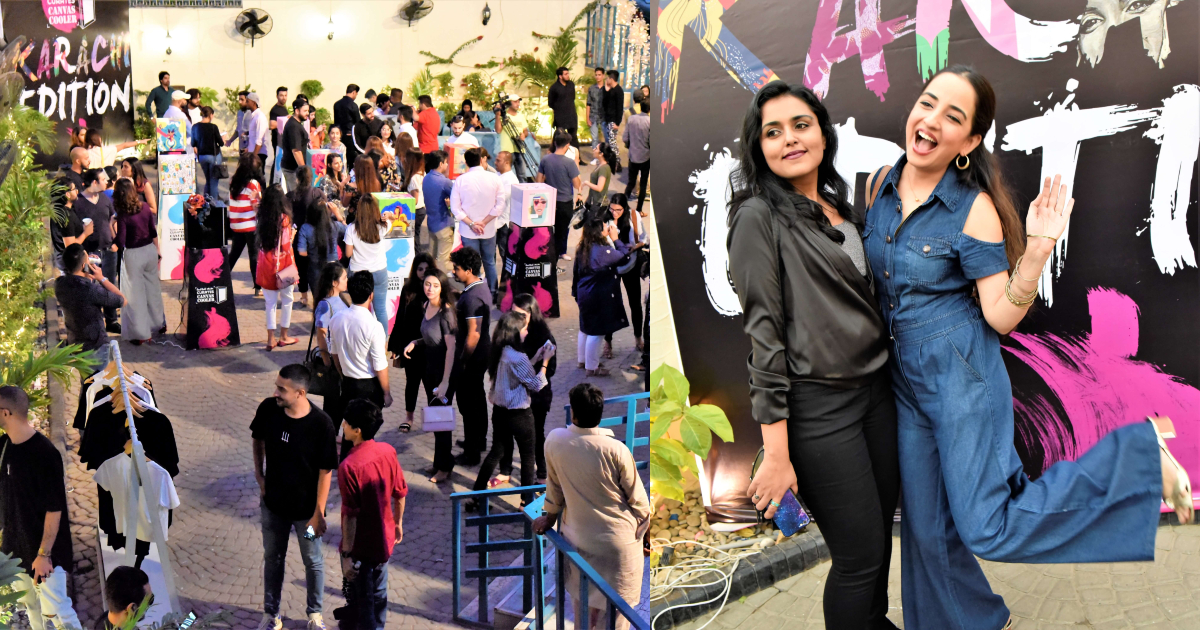 Karachi looked beautiful through the creations of nine artists who brought their vision to coolers turning functional cubes of metal into gorgeous pieces of art. 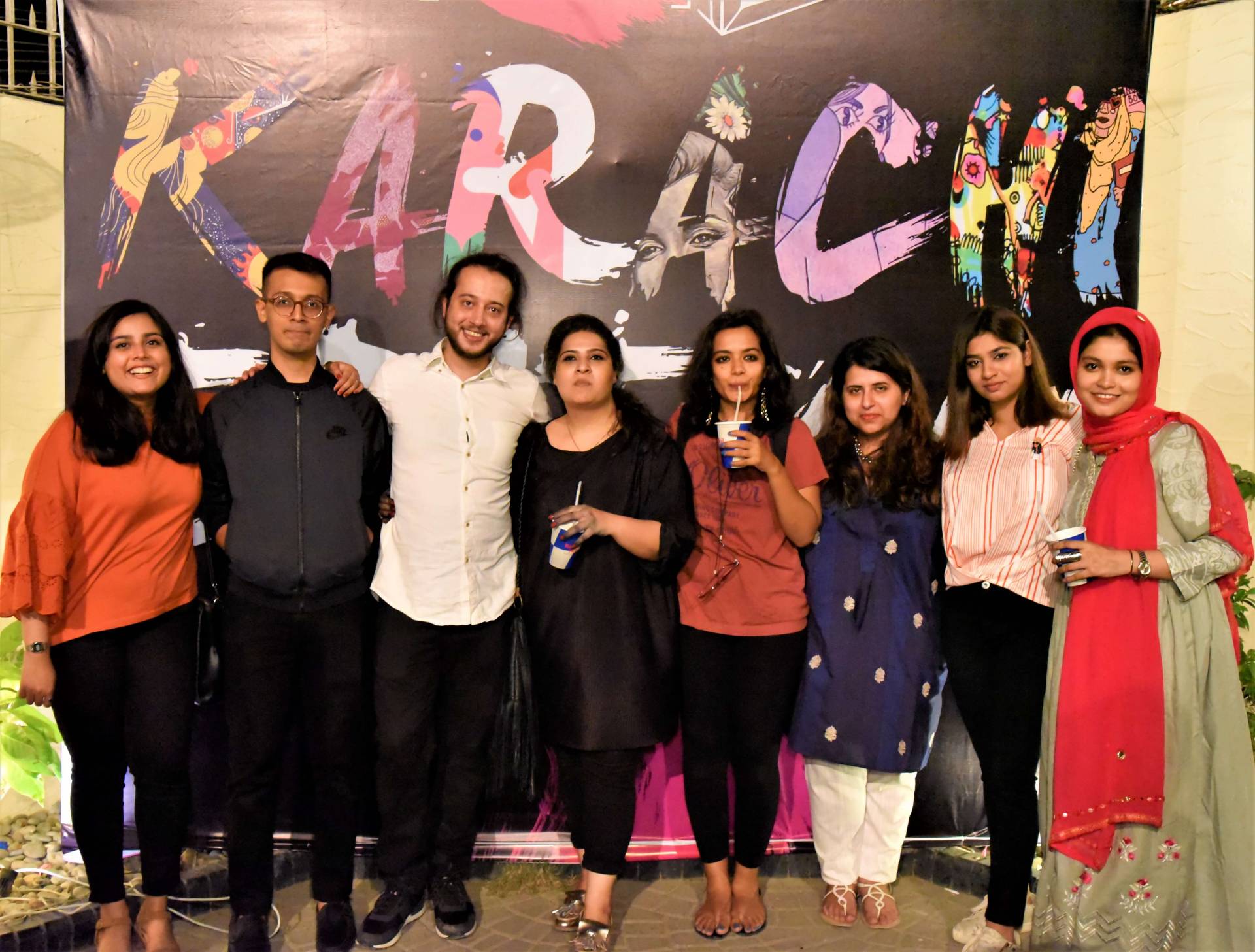 As we walked into the Valley on a crisp to check out the Red Bull Curates Canvas Cooler exhibit, we were struck by a few things; how young the crowd was, how it was mostly made up of women and while this may be a commercial venture, the main focus was artists – a group of people often dismissed as not having “real jobs” – even if you come from a privileged background. 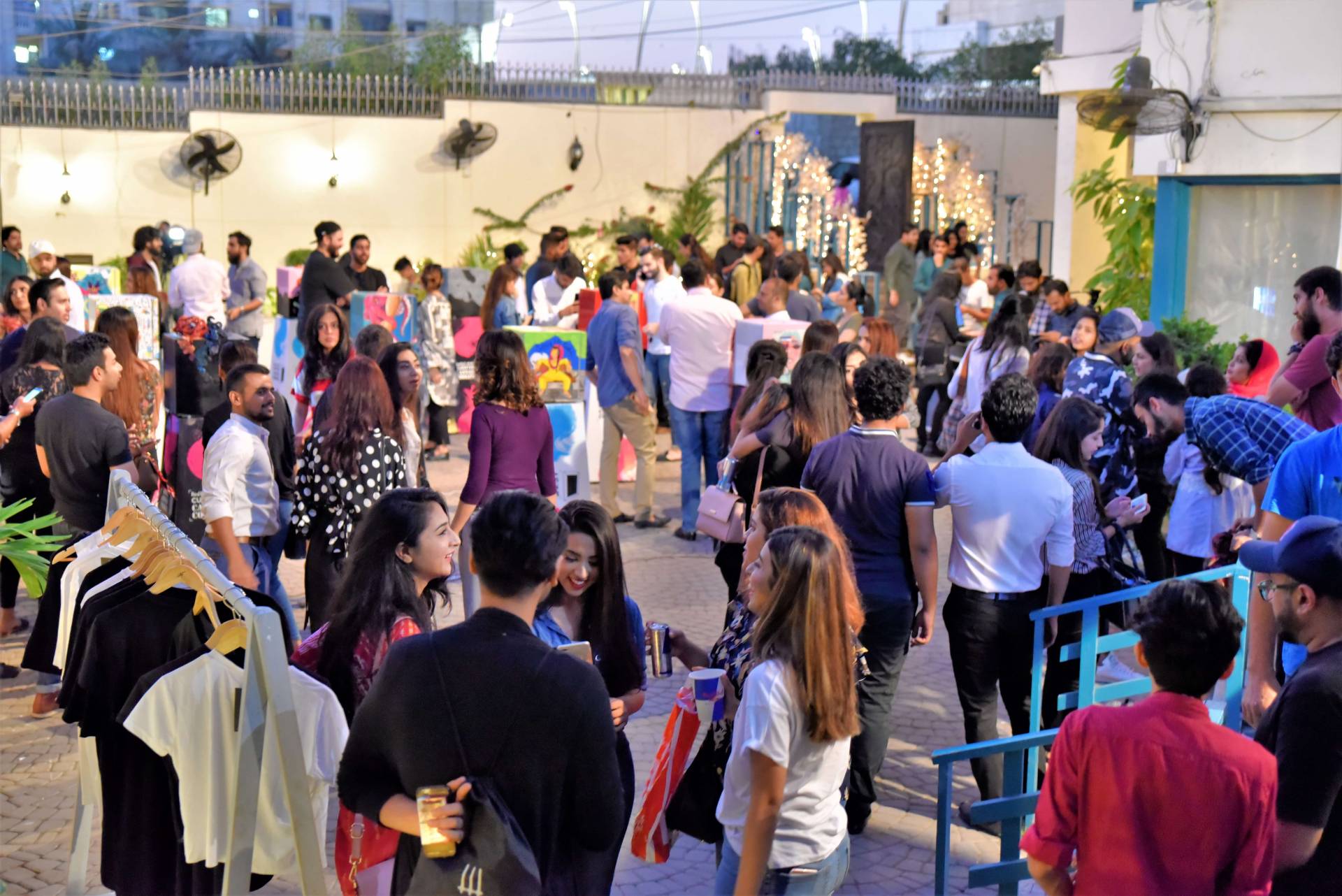 Perhaps this was a deliberate choice. The curators of the event, after all, are women and six of the chosen artists were women. The art was accessible, displayed on stands, where one could see all of it rather than the cold, aloof walls of a gallery. In a city that is often used for inspiration but resides behind the hallowed halls of class and privilege, there was art that was made by people who could be your friends.

The theme of the exhibit was Metamorphoses through the space of the city and each artist brought her or his vision to their cooler.

Ayesha Tariq envisioned a city where it would be okay for a woman to be loitering on a bench, listening to music and watching the world go by. She can sit in an “unladylike” way and the etiquette brigade won’t stop her. 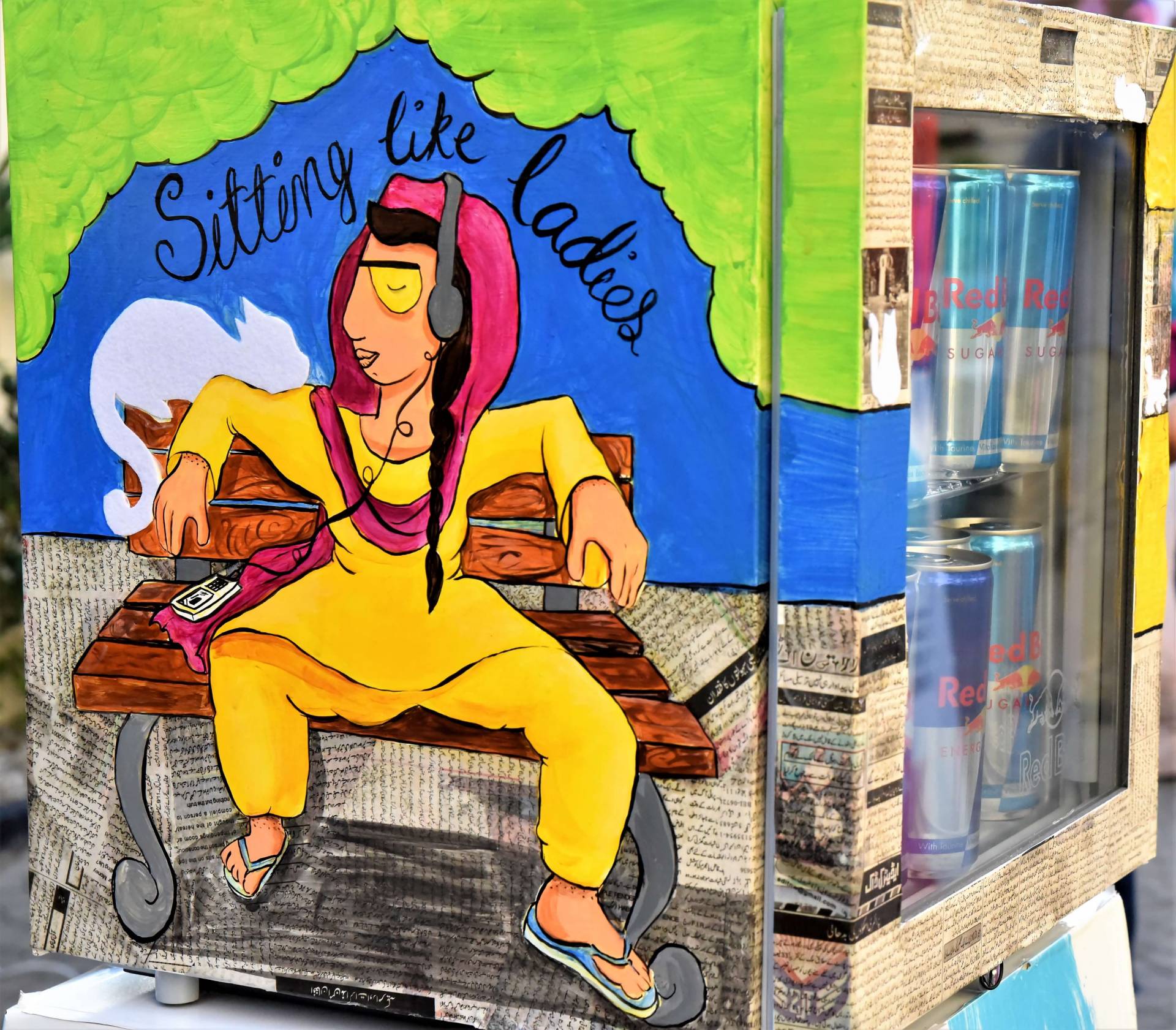 Aziza Ahmad also had a theme of loitering and daydreaming running through her cooler. “Women’s domestic labor is often erased because men ask “What exactly do you do all day? I am the one who is actually working.” She says, “I wanted to subvert the idea and show that so what if women are daydreaming and just existing?” 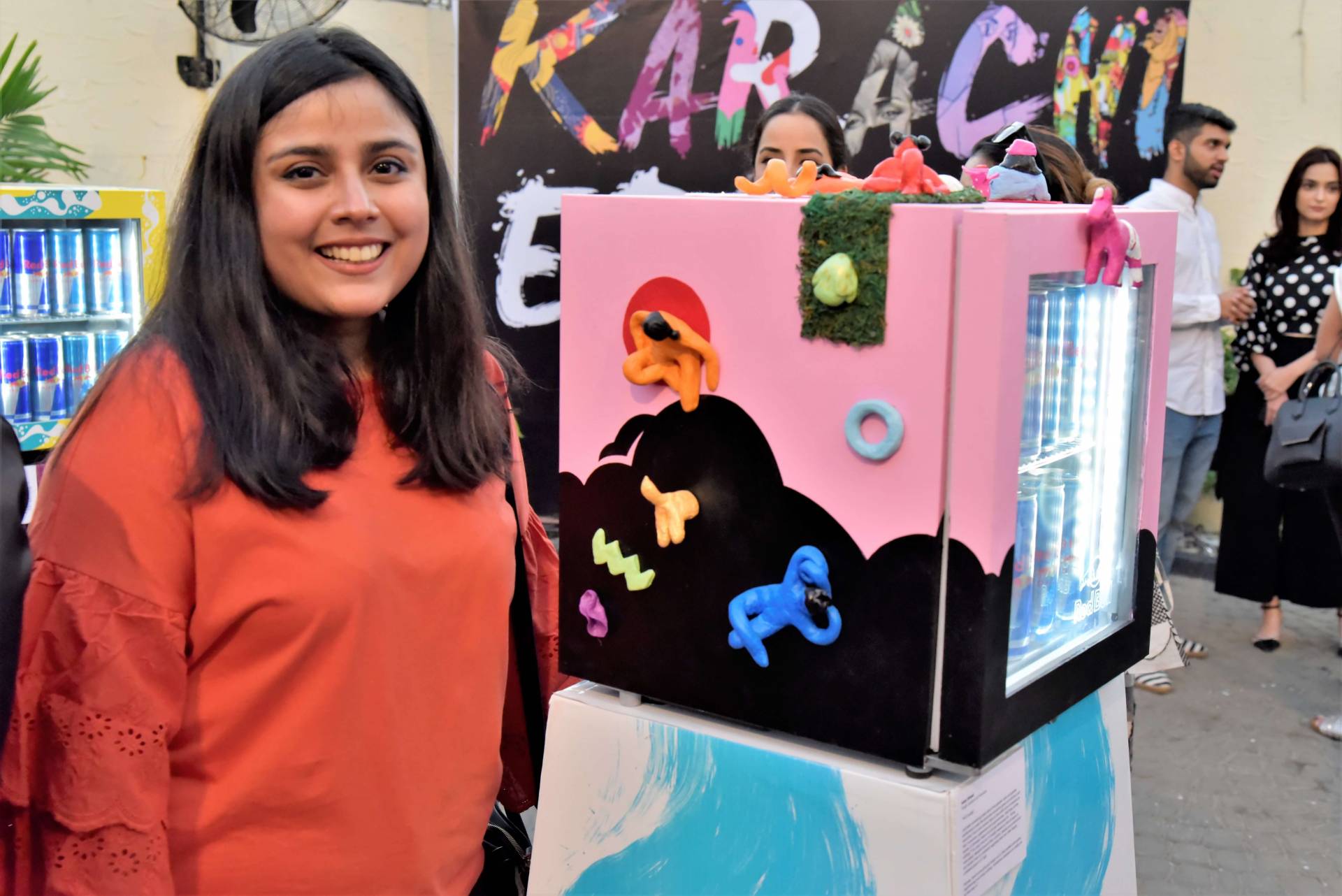 Through the use of pastels and wavy lines, Ahmed’s work looked dreamy and other-worldly, what the city sometimes feels like in that space between wakefulness and sleep.

We are awe-struck by Summaiya Jillani’s cooler, in which a woman is transforming into a shark. It is symbolic of how Karachi can bring out the worst in us but as women, this turning from feminine beings into sharp-toothed creatures is also necessary for our survival. 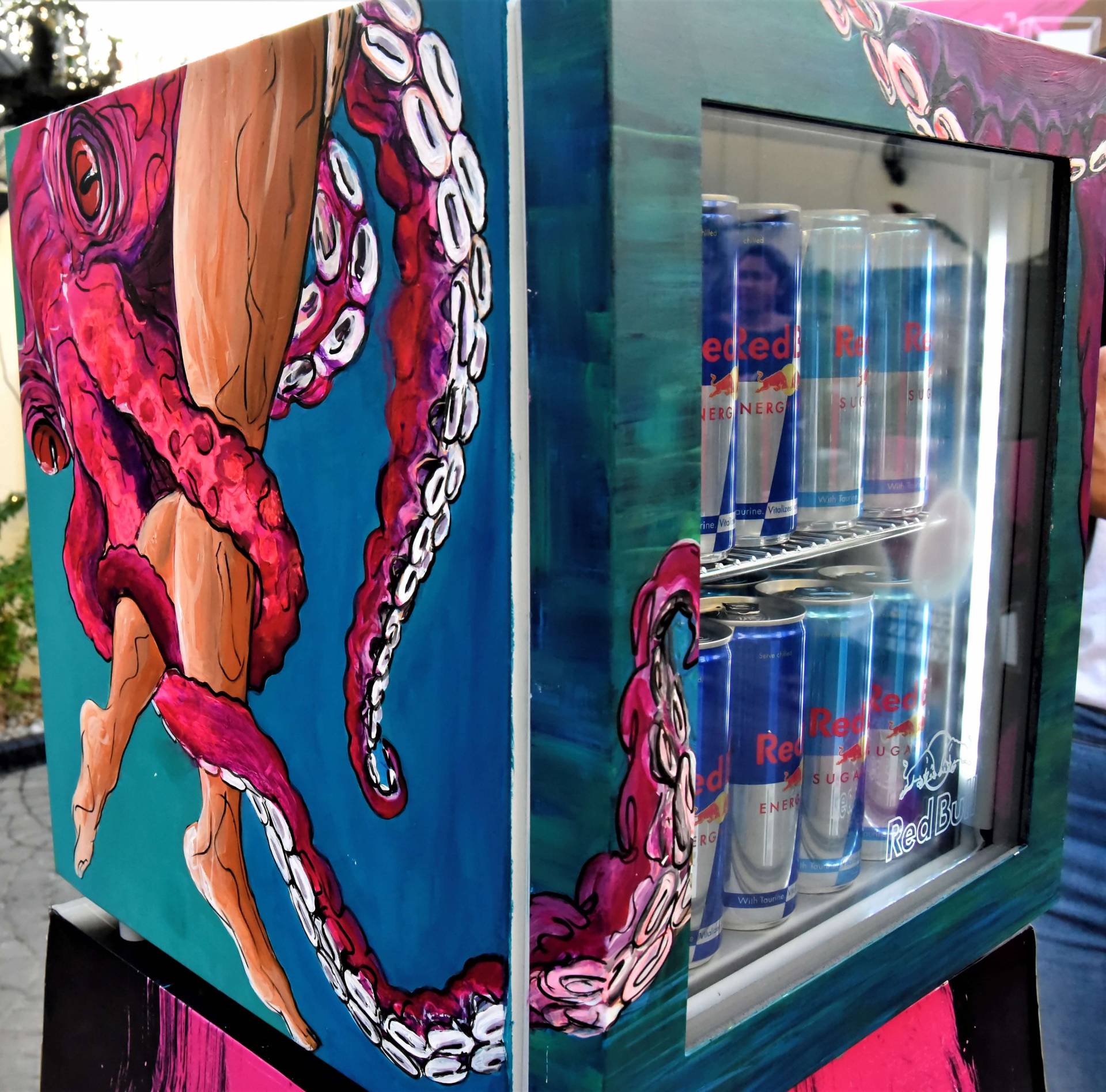 Check out the details! 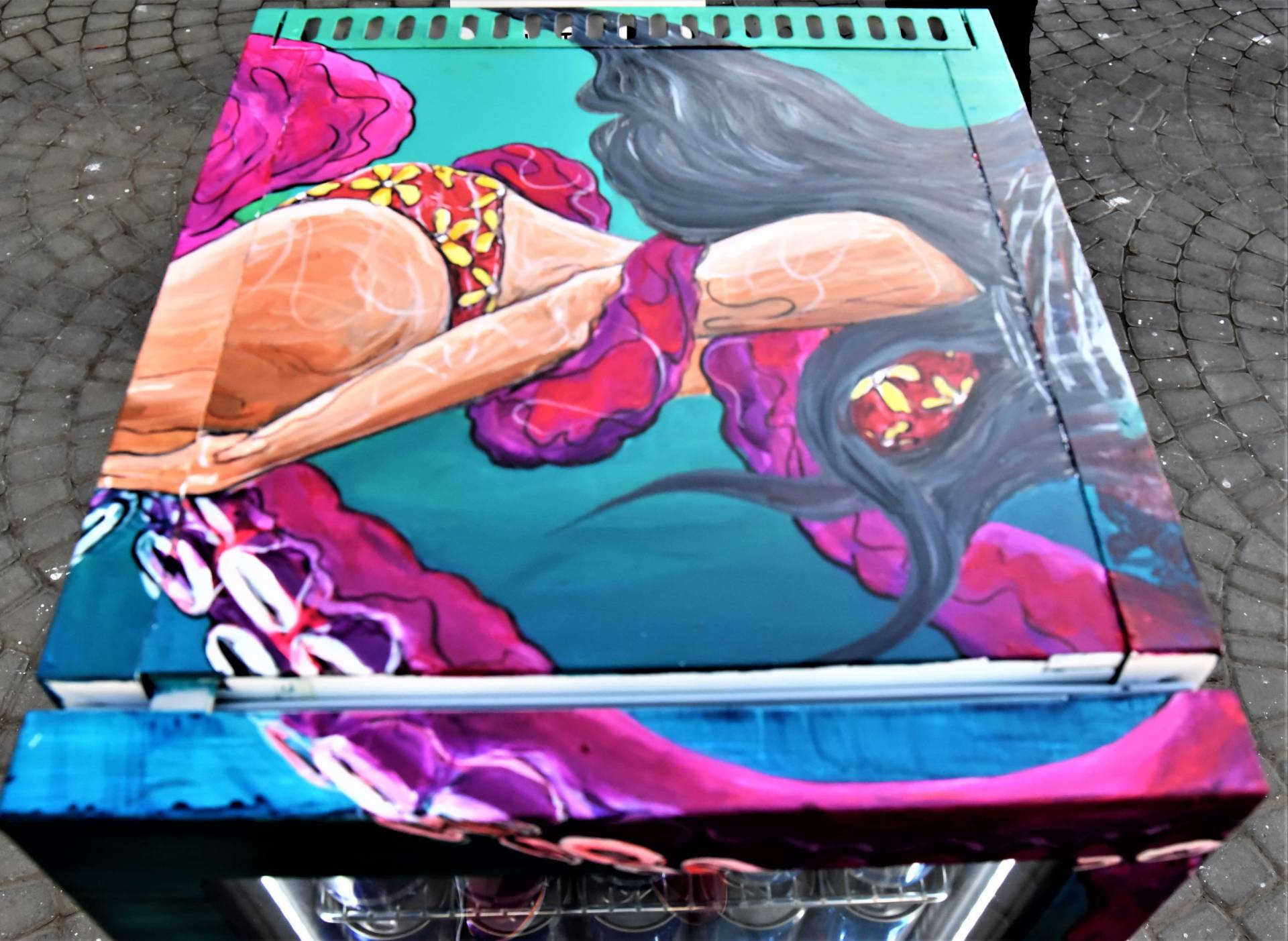 This is impressive work! 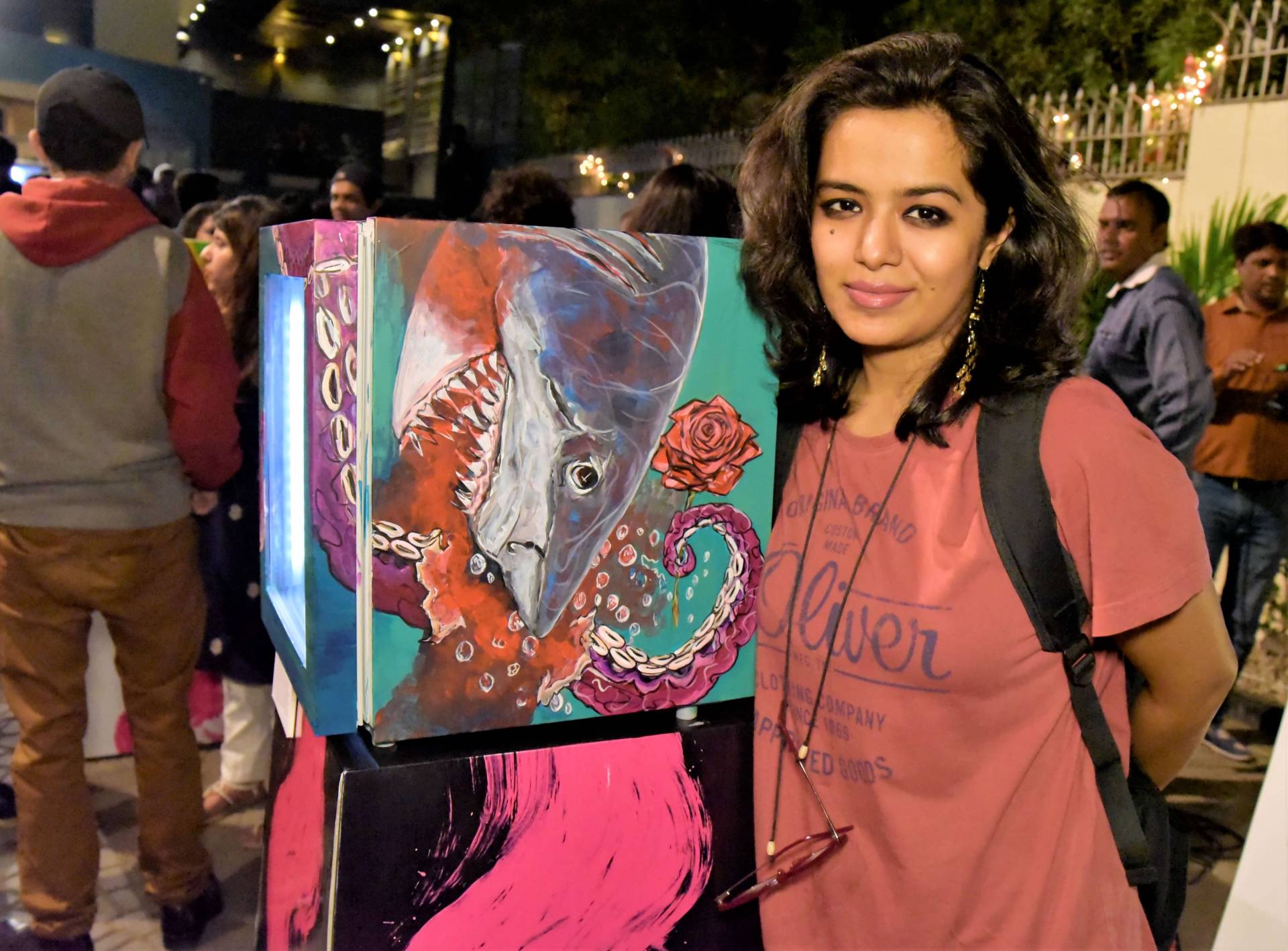 Areeba Siddiqui, Instagram star extraordinaire, took the act of expression and turned her cooler into Karachi as seen through the lens of her phone. 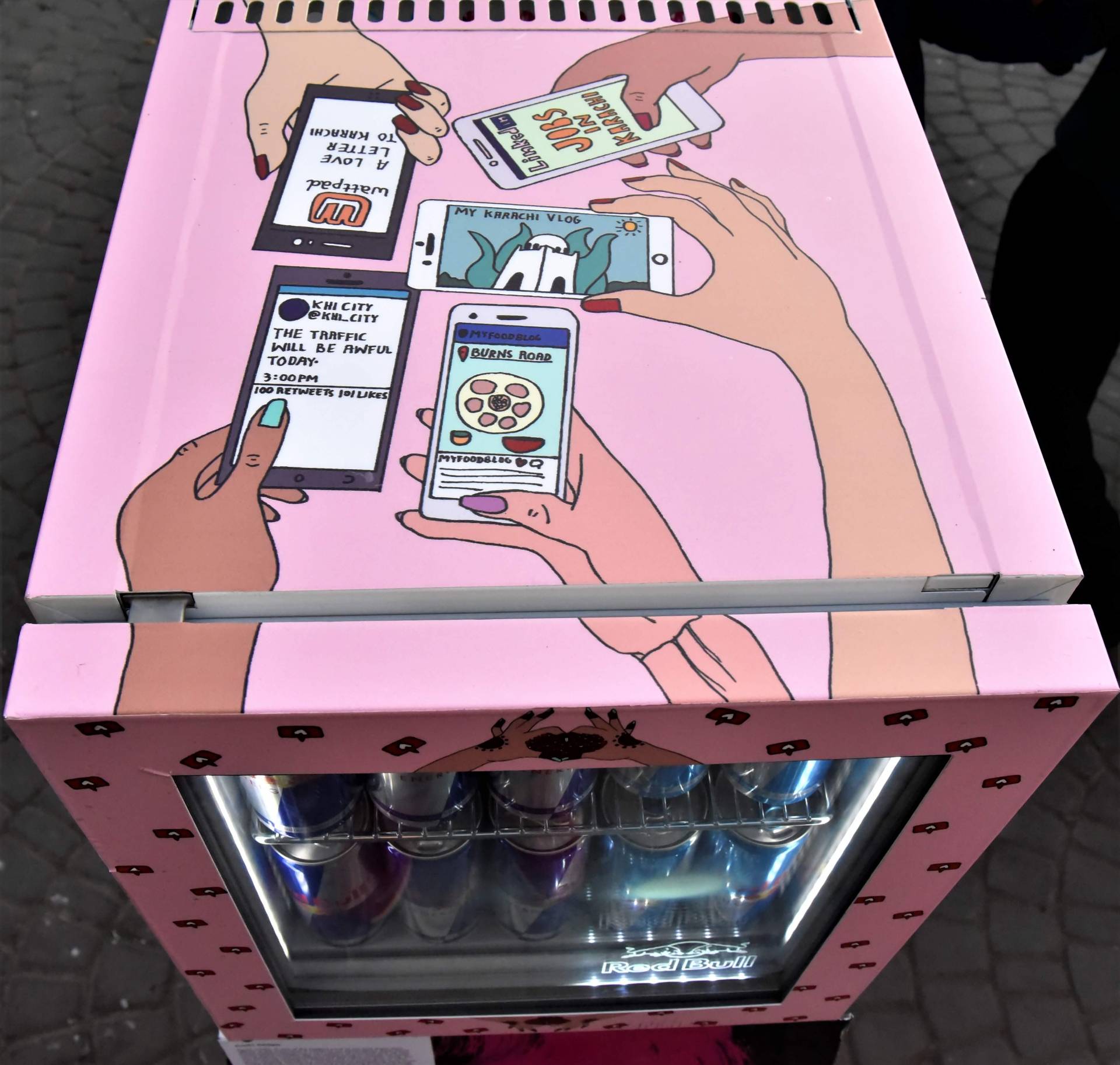 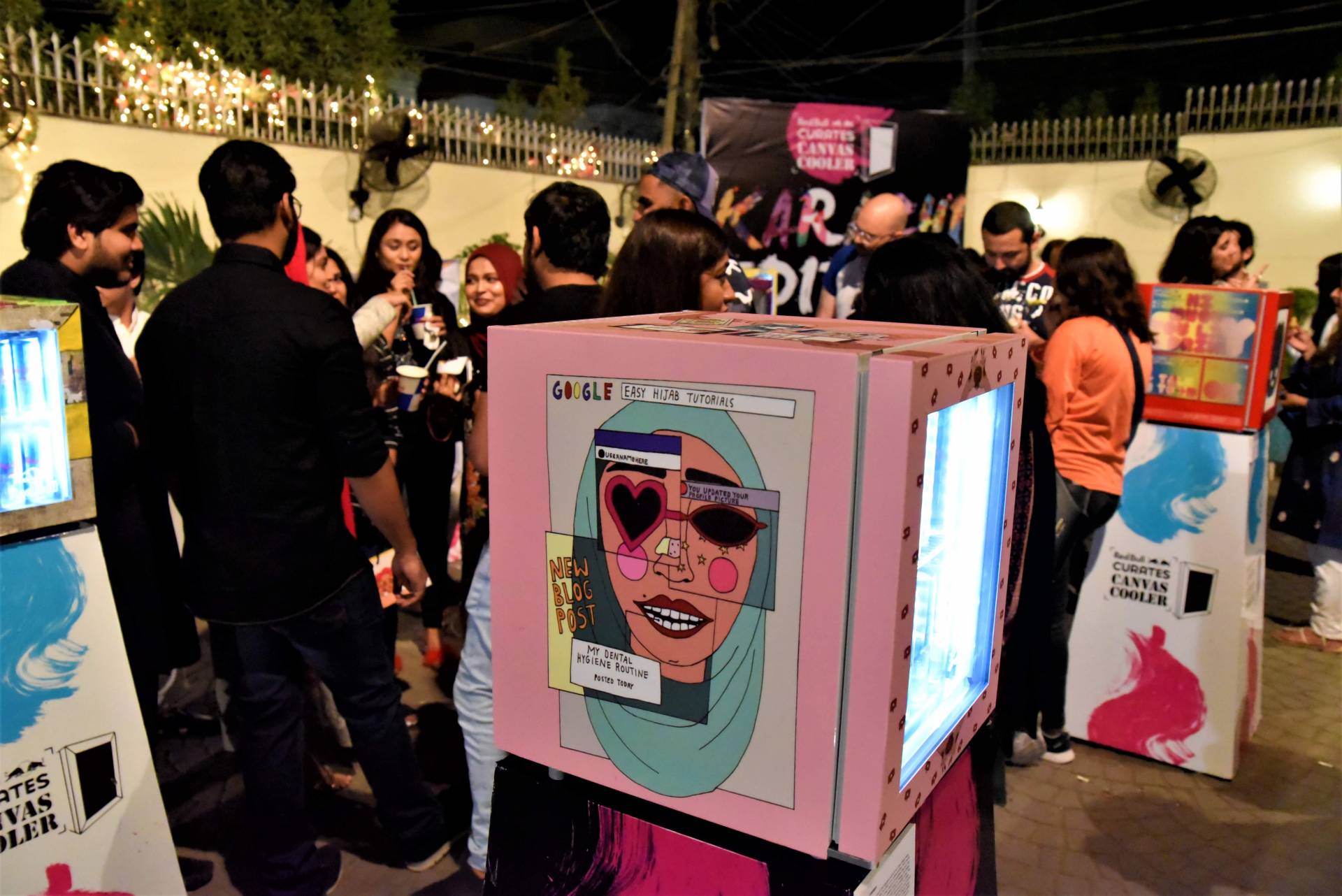 For someone who makes a living through social media, Karachi is home and content inspiration for her and her quirky alter ego, decked out in her heart shaped sunglasses, is one representation of the Karachi girl in all her street-smart glory.

One noticeable thing was that the three male artists had taken the theme to express themselves externally while the women represented themselves internally and through lived reality. 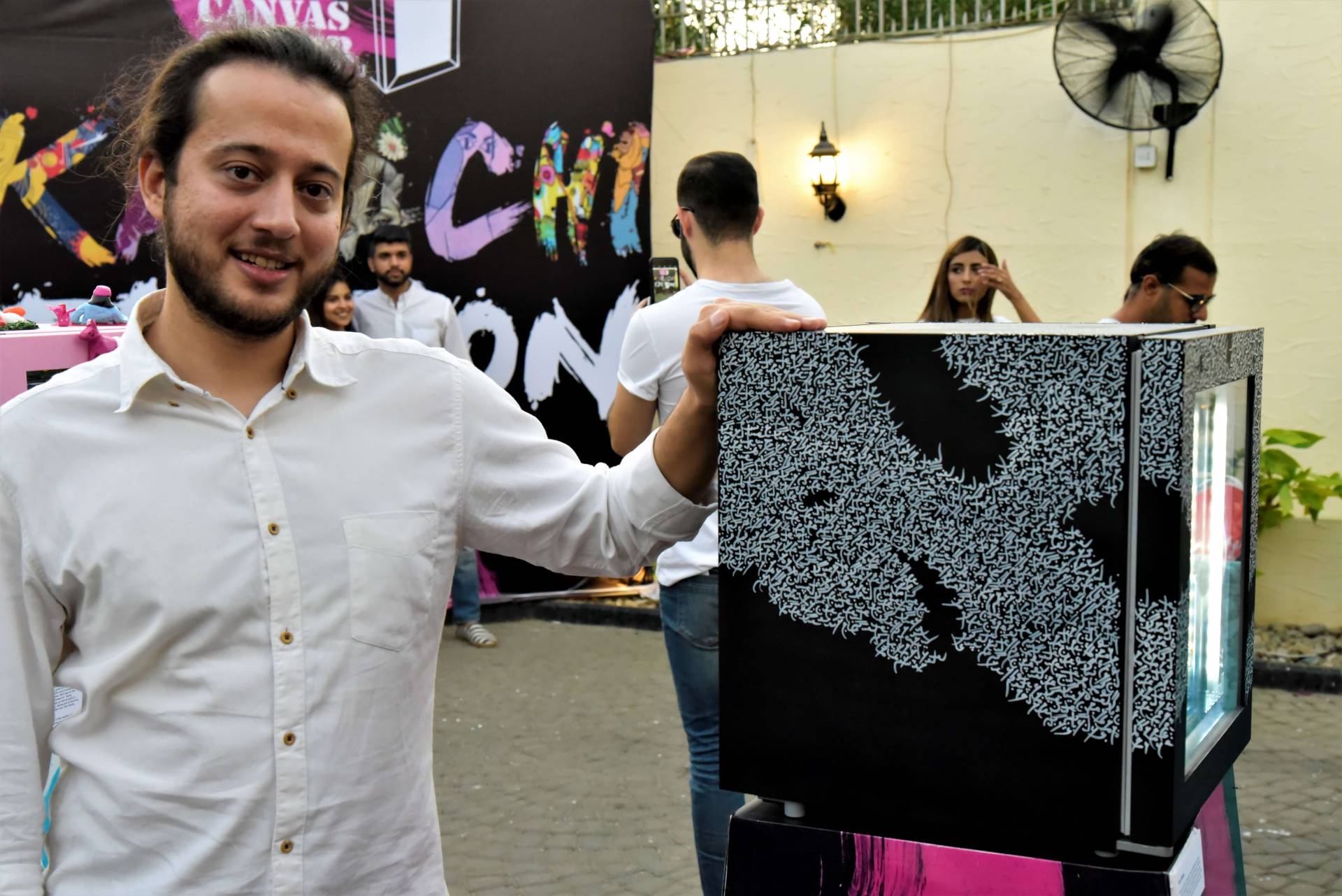 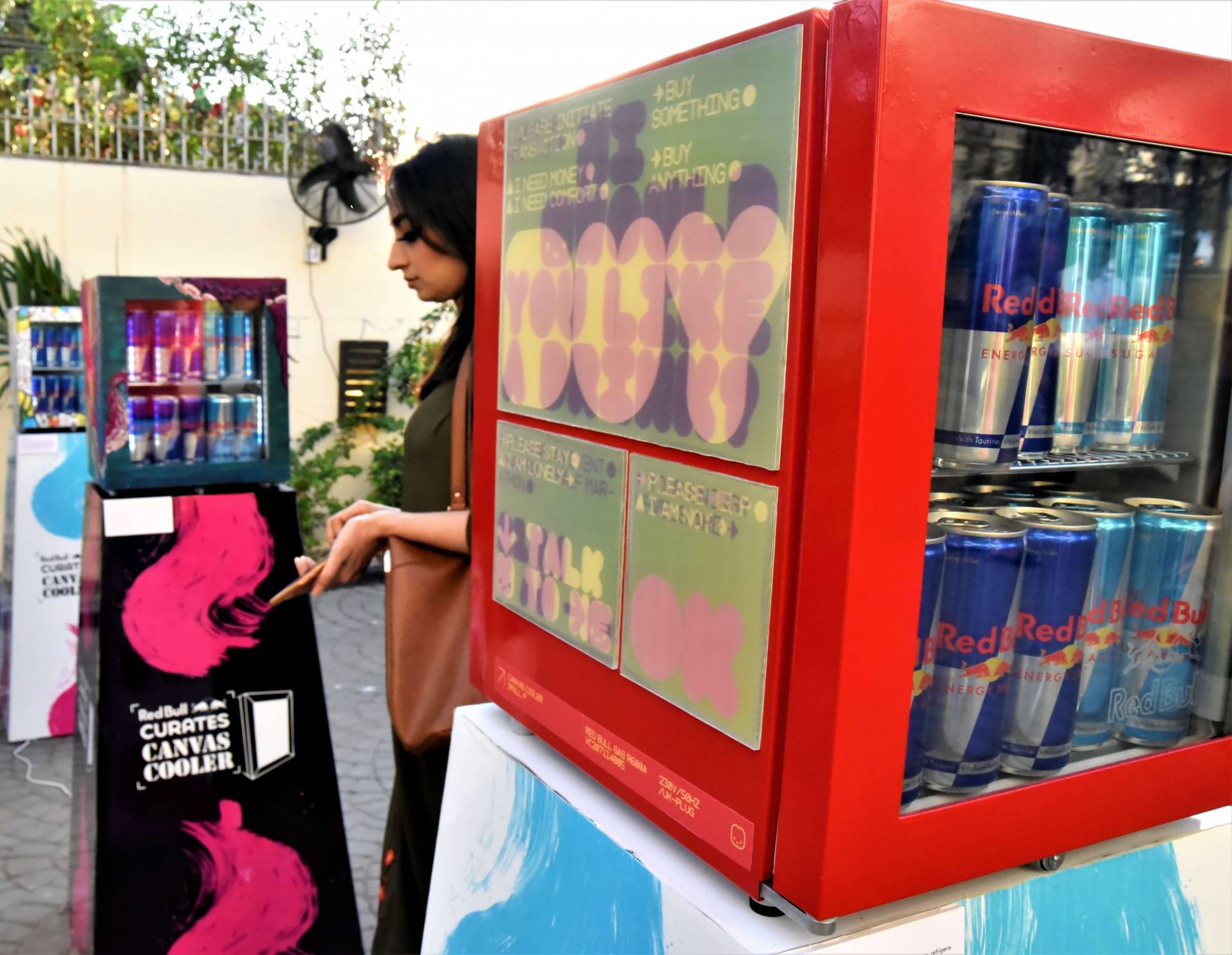 This is good stuff! We absolutely love the doodling! 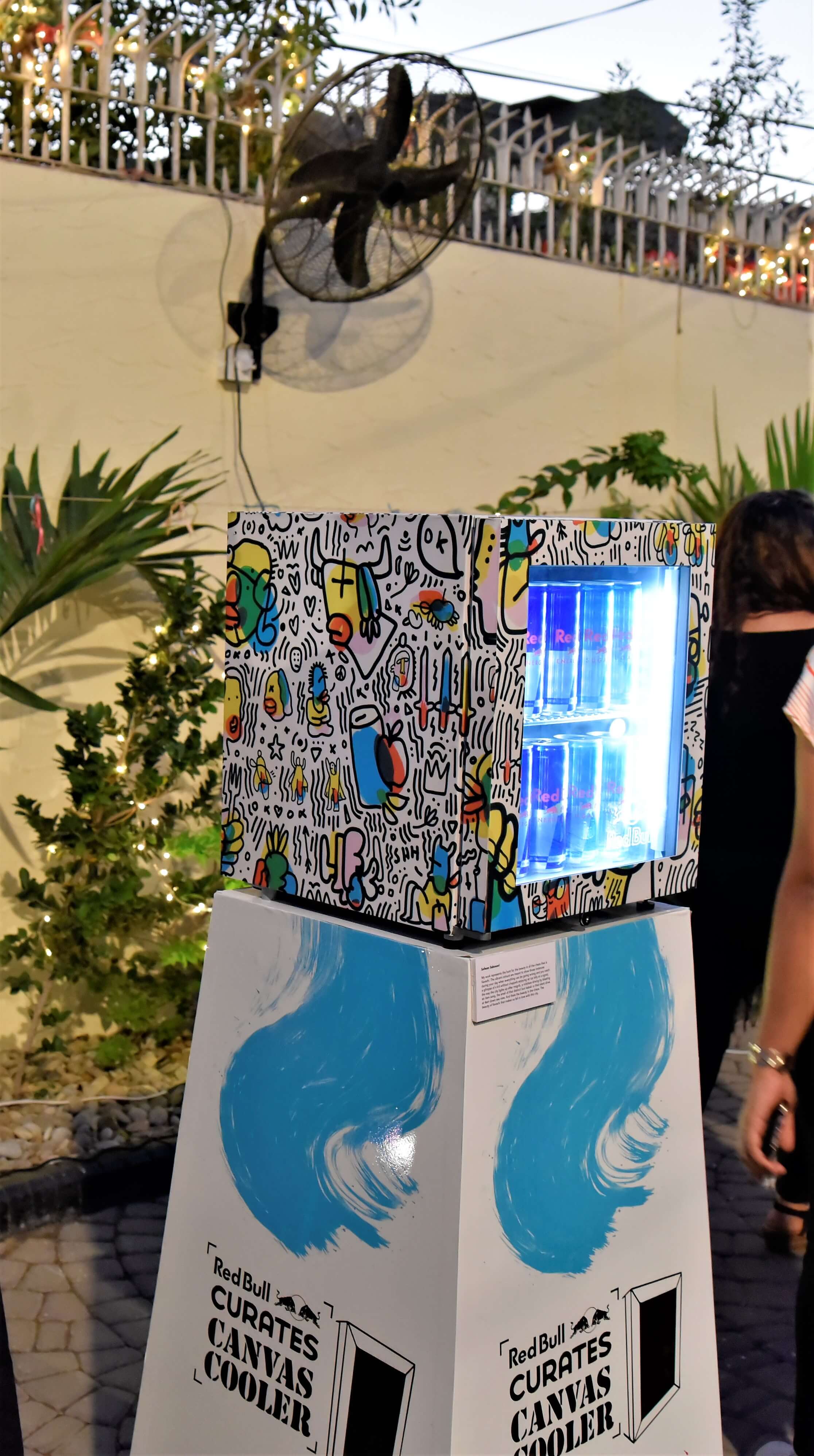 We left the exhibition inspired and reinvigorated, with a renewed enthusiasm for art and the artist. Red Bull Curates Canvas Cooler exhibition took form and function and turned it into art.

Don’t believe us, watch this video:

Cool, isn’t it? Let us know what you think in the comments below!

This Online Store Is Giving Competition To ‘Walk-In Stores’ And Finally, Pakistan Mein Online Shopping Scene On Hai!
Here’s Everything You Need To Know About Ahad Raza Mir!
To Top