A Candid Conversation with Professor Bruno Sergi on Russian Affairs 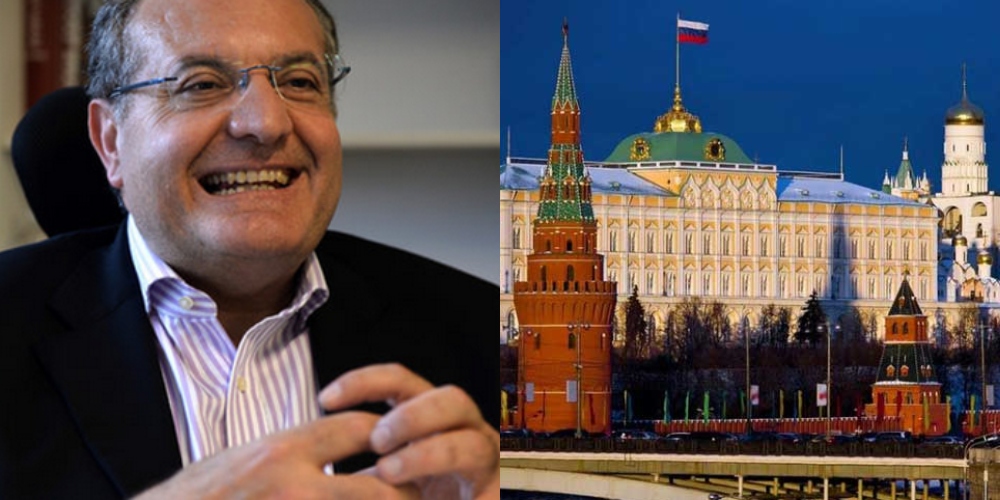 How does the Russian economy work? It’s a curios and profoundly enigmatic case. Russia having a heavy reliance on oil and gas and low inflation has brought forward the question for future. Considering these are rather weak standpoints and a sustainable future demands strong trade ties and sector diversification able to attract portfolio investment, which Russia has fallen short of, as of recently.

We sat down with an expert, Prof. Bruno Sergi – a globally renowned Economist and an Academic at Harvard University to connect dots and garner his insight on the Russian economy.

As of now, what is essential to understand about Russia’s economic standing? What stands out to you?

Russia has enormous potentiality of posting a faster growth. Some restructuring from the import of technologies to a knowledge-based economy has been taking place in the recent past. However, the economic system lacks proper momentum and conditions. The mining, quarrying, and related manufacturing industries play a significant role in the industrial output and indeed these sectors can strengthen their leading positions. But I see in Russia a peculiar industry system regarding its structure and high heterogeneity as even in the same field of activity, enterprises strongly differ in their productivity and technology level.

While the decline in the share of industry in the national economy occurred in recent years in Russia as well as in many other countries, the Russian government is now back to strive for the development of high-performing, new and fast-growing industries on the one hand, while supporting large, low-performing enterprises on the other hand. Growing international demand and the new relationship with China will guarantee large export markets, but I see essential complications around.

How much of Russia’s economic growth is due to oil versus other economic strengths? What strengths stand out to you?

Oil and natural gas exports are essential to Russian growth today. They have been crucial during the 2000s and as the prices keep increasing, and it is even forecasted to stay well above the Russian “breakeven,” I assume that that oil-gas strengths will remain around for long. However, although being far from falling into a Dutch disease trap, without a proper restructuring of the economic and productive system, Russia will not be able to develop new leading strengths unless innovativeness, more coherent and comprehensive industrial reforms, and overall advancements are not devised and definitively built. While the share of the mining and quarrying sector, oil, gas, steam, etc. in recent years has decreased due only to a drop in the prices, the sector is still prevalent in Russian commodity exports and they do not show a definite tendency to decline. This sector can now give a push for introducing innovative technologies and stimulate transition toward a more knowledge-based system because western sanctions have limited access to imported technologies, but this is more an opportunity nowadays as there is not a clear definitive new tendency in the market.  The country asks for strengthening its position as a new supplier of high-tech and innovational industrial products, build more efficient tech parks, industrial clusters and “green” initiatives. It is true that SEZs are producing ideas, start-up projects, and bringing up critical contemporary trends, however, still, I don’t see profound changes that can shape up the entire country. Rather, a good novelty is that the mindset of entrepreneurship is changing, and the Russians are starting to understand the importance of a more powerful knowledge-based economy.

How much of the political sphere is influencing Russia’s economic trends, and how do you predict Trump’s summit with Putin yesterday will influence trends?

Both the state and politics have influenced Russia’s economic trends. While it entirely withdrew from the implementation of an active industrial policy right after the collapse of the Soviet Union, it is now back to embarking on active activities in the industrial sector, e.g., metallurgy, automotive industry, new industries, and markets. I do not see a considerable influence from the yesterday’s meeting on these economic trends, which seem now integral parts of Russia’s contemporary economic system. I mean, I do not see a direct implication on a new industrial, innovative and modernizing efforts, as the low innovativeness of Russian companies and entrepreneurship is still lacking while they should be top-priority directions of modernization and sustainable growth in the country. Scientific research and development for the creation of new production technologies and manufacture innovative products are priorities.

How do international sanctions and the post-presidential election agenda weigh on the outlook of the Russian economy?

Sanctions have a negligible impact on Russia economy due to the overweight of oil/gas prices on the economy that instead exerts a much more significant impact an on Russia’s economy. However, the Trump/Putin meeting can set off the beginning of the change in US – Russia relations, and improve the US-Russia relations would take a significant amount of time. Russia is now looking more to the East than West, trading more with China, and I am afraid this trend will not be changed by a single meeting of the two presidents, if not until new trajectories are initiated in the system.

Are we seeing any impact yet from recent U.S.-imposed sanctions, and if so, in what ways?

The US sanctions target individuals rather than the Russian economy. Sanctions freeze assets and restrict traveling to individuals.  The US has a small share in Russian trade balance, so sanctions have some limited effect. Correct, sanctions against Russia as bearing negative consequences and positive aspects (Russian companies have been actively adapting their business activities and processes to the new market situation) in the general political and economic context, but due to duplicitous implications of the sanctions, reciprocal restrictive measures cause damage to the interests of all parties involved in the process. We can claim that after the peak phase, the crisis trends in the Russian economy have remained and the economic consequences of several anti-Russia sanctions will become more evident in the long-term perspective.

Donald Trump-Vladimir Putin Summit: Who Is The Real Winner?
Introducing the Foolproof Way to Learn from the Comfort of Your Home and Excel in Your Exams!
To Top