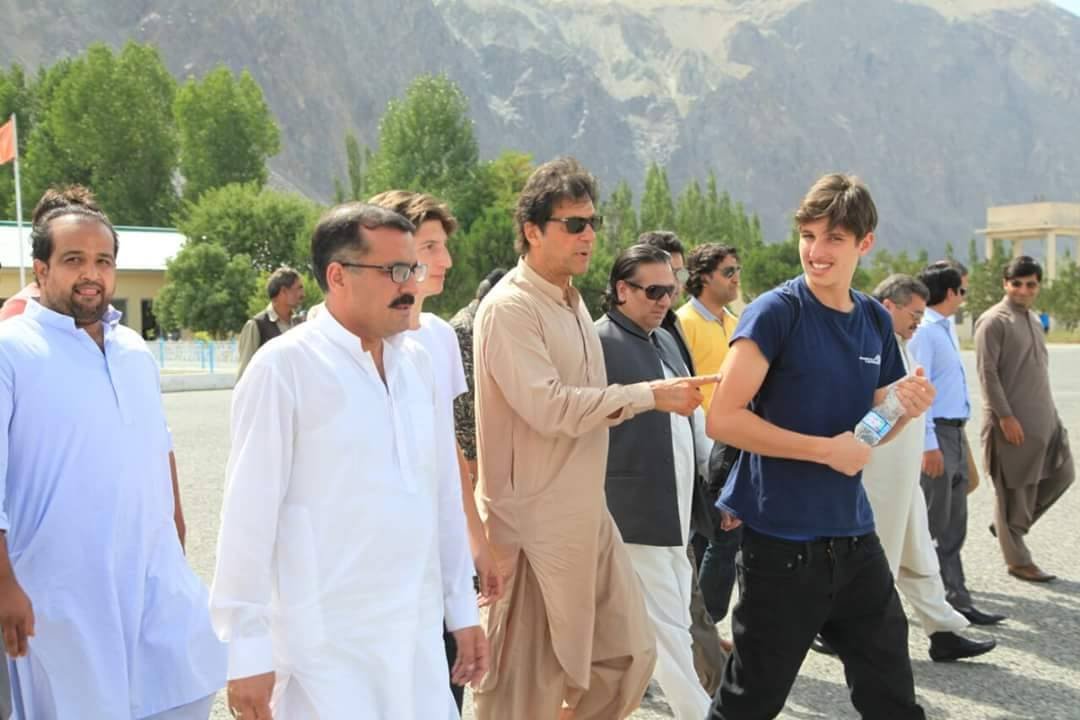 Pakistan Tehreek-e-Insaf supporters are having a tough time on the internet these days – from defending the book by Reham Khan to defending the recent actions by the party chairman Imran Khan right before the elections, Khan might be slipping a few things out of his hands based on the public support he has over the internet.

Khan recently went for Umrah with his wife Bushra Bibi and did not use PIA or any other private airline – he instead using a private plane. This made Pakistanis question the nature of his trip’s funding.

Imran Khan is being criticised for using private jet because PTI leader Faisal Vawda has confirmed its public donation money being used on jets to flly around and IK himself always gives example of Western democracies where politicians (according 2 his claim) use bicycle 4 travel pic.twitter.com/sB5anqZVGL

And the Outrage Continued

Simplicity and humility is what our religion and our beloved Prophet preached…. so it was disappointing to see Imran Khan using a private plane to visit for Umrah… He always spoke against VVIP culture but did follow that … may be he tried to copy Sharifs to impress Saudis!

Speculations on the Funding Were Made

Simplicity and humility is what our religion and our beloved Prophet preached…. so it was disappointing to see Imran Khan using a private plane to visit for Umrah… He always spoke against VVIP culture but did follow that … may be he tried to copy Sharifs to impress Saudis!

With a few things more such as his confused interview with BBC channel and his low attendance at National Assembly used as an instrument to show his dedication towards the nation, things are growing out of proportion for Khan and PTI.

In his Recent Interview, Khan Presented his Say on Feminism And It Wasn’t Appreciated By Pakistanis

In an interview with Hum News, Khan said that feminism is a movement of the West which has degraded the role of mothers. Khan further stressed the importance of a mother in the upbringing of a child and mentioned the important role his mother played while he was growing up.

The feminism movement in the West has 'degraded' the role of a mother Imran Khan? Really?! #PTI pic.twitter.com/UwIpEeADil

The statement somewhat failed to make some sense – Imran Khan’s sons are raised by his ex-wife Jemima Khan, who vocally advocates herself as a feminist and who, along with her sons, is the part of the Western culture.

This Raised Outrage On Social Media, Especially By the Female Following of Imran Khan and PTI

The Opposition Supporters Spoke As Well

#Feminism has never looked down on motherhood. Feminists have worked in every country to create paid leave and laws to protect mothers & safety nets so mothers dont leave work to care for kids. Educate yourself #ImranKhan @ImranKhanPTI

I challenge @ImranKhanPTI to a public debate on feminism.

Btw I don’t find anything that Imran Khan said regarding feminism or the West in his interview with Amber Shamsi surprising or new. He’s been spewing such nonsense from Day Zero of his political career. And actually been quite consistent on this.

Seems no one told Imran Khan ever what exactly is feminism. The man speaks out of his pre conceived notions about just everything, without having even a shallow information about it let alone in-depth knowledge. https://t.co/GSBQZzhJkB

"Feminism, which is from the West, has degraded motherhood." — @ImranKhanPTI

In the meanwhile, his ex-wife, a self declared feminist from the West appears to be a wonderful mother. So maybe he should *literally* look at his own family before making such jarring statements.

With elections around the corner, Khan is making such mistakes that get an outrage from social media. Let’s see what happens on the day of elections and see if these mistakes have any effect on his support during voting.