Zulfiqar Bukhari Revealed That PM Imran's Attire For US Trip Was Not Branded And Finally, The Debate Is Over!

“if you’re going to talk the talk, you’ve got to walk the walk” is the modern-day phrase used by many and Pakistan’s Prime Minister Imran Khan has definitely proved to be not just a talker but a doer as well, unlike our former rulers.

Imran Khan didn’t follow the footsteps of previous leaders, placing the entire country in difficult situations bore out of poor decisions and live an unaffected lavish lifestyle himself. In fact, what he asked of his people is what he chose for himself too. Flying in a commercial plane instead of a special aircraft for his recent US trip and opting not to stay in an expensive hotel but chose to stay at the Ambassador’s residence for his three-day US visit, all with the aim to save Pakistan’s money as much as he can. 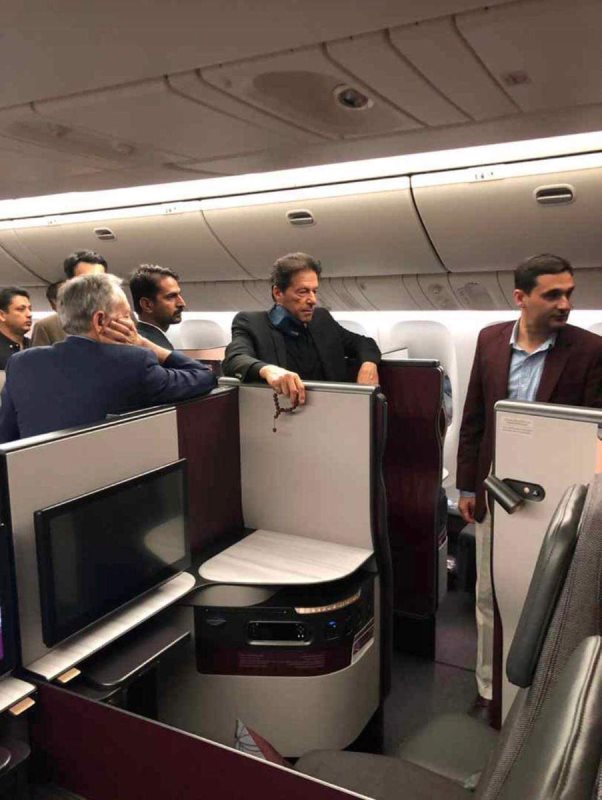 Pakistanis definitely appreciated and lauded the leader for his efforts but also expressed immense pleasure on Imran’s choice of traditional attire in the US.

Also Read: PM Imran Khan Will Not Live In Expensive Hotels On His Trip To USA To Save Pakistan’s Money!

This Was Not A Show He “Staged” For The World To See But Practices The Same Simplicity In His Personal Life As Well, Away From The Prying Eyes!

Prime Minister’s wardrobe for the three days in the United States became the latest table talk and everyone including tv shows discussed on the possibility of his clothes to be designer-wear. The online community started to debate on this and several designer brands claimed to have crafted Imran Khan’s waistcoat. One brand even attached pictures of it claiming the same. 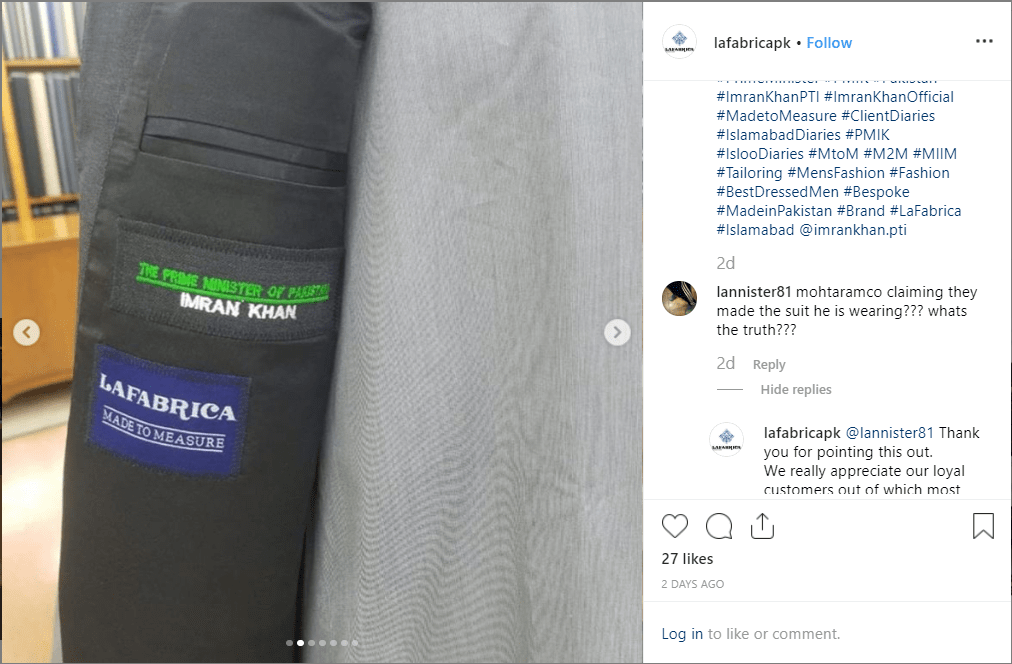 However, Sayed Z Bukhari, Special Assistant To The Prime Minister For Overseas Pakistanis Set Everything Straight: “PM has never been interested in designers or worn them”.

The PM has never been interested in designers or worn them. Especially for his simple shalwar kameez. The First Lady bought all the cloth and got it stitched from a simple local tailor. Which ever designer is trying to claim credit for it is not only a liar but a cheat.

He even appeared at a talk show and discussed how our PM chooses to live simply also saying the designer first and foremost is the first lady herself who gets his clothes stitched from the local tailors. Furthermore, Bukhari stated how PM receives a lot of clothes as gifts which the first lady utilizes without having to buy more and that too branded.

Special Asstt to PM @sayedzbukhari talks about Prime Minister Imran Khan’s dress designer and the reason behind wearing our national dress shalwar kameez & waist coat to the White House meeting, also reveals where most of the wardrobe of PM comes from. pic.twitter.com/XJazACYohT

It’s pleasant to see a leader that is mindful in practicing what he preaches. The first lady during his first-ever interview talked about Imran Khan’s lack of interest in fancy clothing.

What do you make of all this? Let us know in the comment section below!