Prime Minister Imran Khan just shared a video of the YouTuber Ukhano on his official Facebook page. The video had been showing the current crisis within Kashmir but from Pakistan’s side. It involved the Indian army leaving cluster bombs in Neelum Valley to terrorize the region and harm the citizens. The act had caused a major uproar because it costed lives. However, India once again is quick to deny any connection with the issue. It is an important gesture from PM Imran Khan’s side by sharing the Kashmir news because not many had been informed over it. 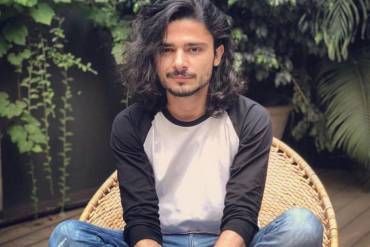 Ukhano or real name Umar Khan is a famous Pakistani Youtuber that usually creates vlogs. He started to gather attention from all over the nation for his videos. However, a recent controversy had to cost him his entire career. A bunch of girls accused the influencer of sending them unsolicited nudes and harassing through messages. Many of the victims posted the proof regarding the incident all over social media with screenshots to back everything up. Hence, the Youtuber himself is a negative individual with a dying platform. But his video demonstrated the on-going concern in Neelum Valley.

Ukhano’s video started off by showing him and a couple of his friends within a car reaching Kashmir. They then interviewed some of the locals to hear out about the cluster bomb case. A man in the first part of the video explains the damage the cluster bombs had left on the area. He even showed the respective place the bomb had initially hit. A child had been injured and was rushed to the hospital. The case proved to be a chaotic couple of days for the people of the region.

Moreover, the sad part of it all is that such issues barely receive international coverage. This is because India wishes to wrap the western media under its finger to portray a despicable picture of Pakistan. Despite the fact that Pakistan has to deal with the constant terrorism India has put the people of Kashmir through. Not to mention, Pakistan is the main region that is striving towards the rights of the Kashmiris to ensure that they return back to their “Special Status”.

The intriguing part of it all is that the Prime Minister shared the video to spread awareness regarding this concerning problem. It shows that Khan truly does understand the doings within the country and might be preparing to counter the problems. This is because many have been unhappy with the way the PM has been operating the country. So, in a way, sharing this video served as a reminder that nothing goes unseen from Khan’s eyes.

Additionally, Pakistan has already started to answer back to India by taking various measures. Many of such measures include cutting off diplomatic ties with India. It is for sure that India is not happy with such decisions but then again they stripped Kashmir of its rights. Hence, these commitments prove to be beneficial.

What do you think of the situation? Do you believe that India did commit this act and are trying to cover it up? Will international media try to pick this up? Will Imran Khan sharing a video of Kashmir’s news prove to be helpful or not? Share your thoughts.