Imran Khan's Hilarious Remarks On His Third Marriage Rumors Will Leave You In Laughing Fits!

2018 in Pakistan began with a heap of rumors concerning PTI Chairman, Imran Khan’s personal life. News broke out that Imran Khan proposed his spiritual guider, Bushra Manika for marriage. Meanwhile, the manner of all rumors surfacing the news was not well received by Pakistanis. 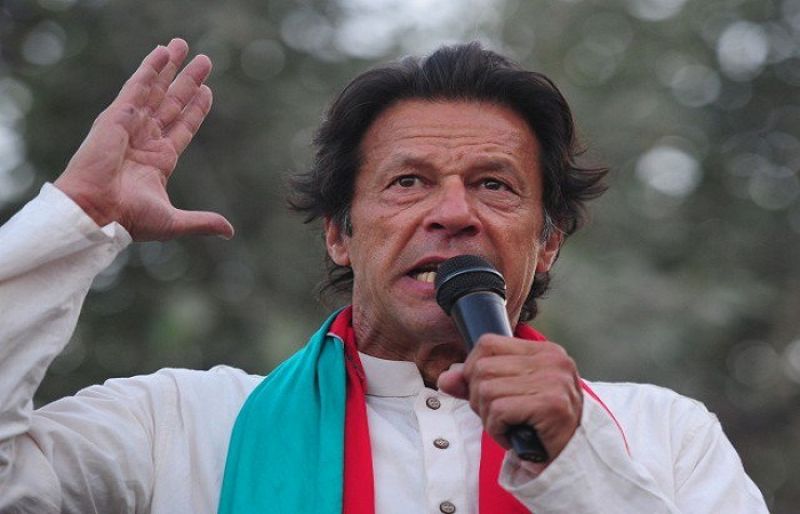 The opinion among the masses was divided on this matter. Some actually did not bother to comment on his personal life or choice, while some did not find it going well at all in a right political prospect. In fact, many of his major party members and supporters resorted to silence while others actually questioned why it was such an important issue.

Meanwhile, PTI addressed all the rumors in a Twitter post. The political party officially confirmed that their leader actually proposed Bushra Manika for marriage but it is still all down to her choice.

Besides, PTI absolutely condemned the way it became a controversial scandal and news highlight. It downright held Umar Cheema, a renowned journalist of the Jang Group responsible for giving it a shape of a cheap, tabloid-style news.

However, Imran Khan still did not break his silence on the whole matter. Days after, he took to Twitter and in a series of tweets, addressed the whole piece of news concerning his third marriage.

1. For 3 days I have been wondering have I looted a bank; or money laundered bns in nation's wealth; or ordered a model-town-like killing spree; or revealed state secrets to India? I have done none of these but discovered I have committed a bigger crime: wanting to get married.

But what has really got us talking is a recent media appearance where obviously some news reporter have thrown the million dollar question across him. Keeping his cool intact, the PTI Chairman rather went on a humorous note. He recalls what actually happened when people were going crazy and how he found out about it… Here’s the hilarious interview he gave to local media the other day:

Oh, Dear Lord, he is on a roll, seriously! Where did that come from? The bit about the Sharif brothers was actually quite hilarious.

Well, it’s not every day that you see Khan Sahab in such a mood. He actually gave us quite a reason to have a good laugh!