Aamir Liaquat Is In Trouble Again After PM Imran Khan Orders Disciplinary Action Against Him!

Aamir Liaquat doesn’t really bag a decent reputation in this country and is famous for all the wrong reasons. From his questionable actions on Ramzaan transmissions to his bold statements that more than often are not well thought out creating problems for himself, his job and for his employers.

He deserves appreciation nonetheless as he seems to be unphased by the embarrassment that he causes himself through his own doings and still pops-up from some other channel after being fired from the previous one. It’s almost as if he is set to make a world breaking record of being fired the most from jobs. 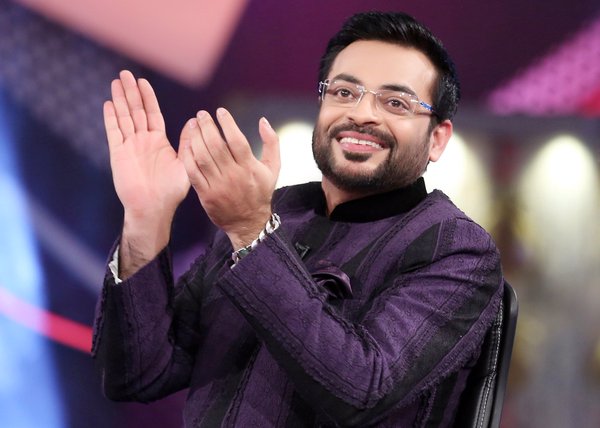 The main inspiration behind ‘aam khaye ga aam’ meme is in hot waters again, a possible kick-out from PTI in foresight?

PTI MNA Aamir made negative comments against the prime minister’s special assistant, Firdous Ashiq Awan, and federal minister Ali Zaidi. Pakistan Tehreek-e-Insaf (PTI)’s zero-tolerance policy towards such hate speech and that too against their own party member by another member, landed Aamir in a karmic situation.

Liaquat took it to Twitter to criticize Awan and Zaidi in a series of tweets and also lashed out at them during interviews, after which strict developments regarding disciplinary actions were considered.

He even took shots at Firdous Ashiq Awan on Public TV, as well.

This series of spectacle pulled by Aamir was noticed by the Prime Minister Imran Khan himself and he has directed his special assistant and senior PTI member, Naeemul Haque to conduct a special inquiry against him.

Also Read: Aamir Liaquat Got On His Knees In Front Of Zardari And Twitter Can’t Stop Laughing!

Aamir Liaquat and controversies have become synonyms. However, this isn’t his first controversy with the fellow PTI members. In a nutshell, it seems as if he is being ignored by the ruling party and in order to stay relevant, he is pulling off such daring feats.

The MNA proudly expressed his happiness about unfollowing Firdous on Twitter. In short, Liaquat expressed his displeasure claiming PTI is neglecting Karachi and he has taken it upon himself to ‘uplift’ the crumbling metropolis city.

However, what fate awaits Liaquat served by the PTI party is yet to be known. Will he be fired or given a warning?

What is your verdict on Aamir’s case? Let us know in the comment section below!

Khabib Nurmagomedov Returns From Suspension For A UFC 242 Match Against Dustin Poirier
You Can Now Book A Careem Ride Through WhatsApp And Life’s Become Even More Convenient!
To Top