Imran Khan is Stubborn, He Will Not End the Dharna! 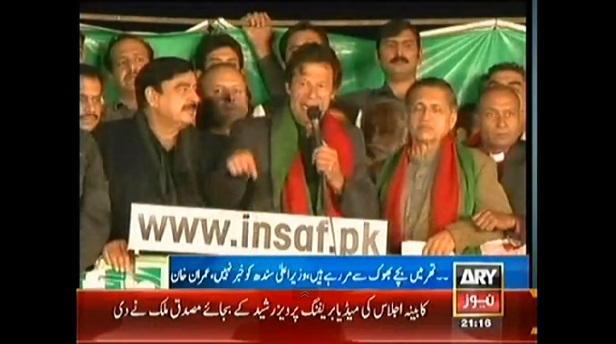 The rationale behind Imran Khan’s decision to not to end Dharna instilled more enthusiasm in the supporters of Pakistan Tehreek-e-Insaaf (PTI). Apparently, Imran Khan has emerged as the man of words, unlike Tahir-ul-Qadri, who ended the Dharna sometime back. Imran Khan is adamant to get his demands fulfilled and has no plans to end sit-ins till that time.

People have different opinion about Imran Khan’s decision to continue with the sit-ins. Many are in favor of the decision and many are against his decision. Is the Dharna loosing its strength or helping Imran Khan and Pakistan Tehreek-e-Insaaf gain supporters is still debatable. Till when will Imran Khan carry on with his sit-ins and what impact will it have on the economy of Pakistan and on the party is the question. A lot of people have criticized Imran Khan for taking such a decision, but what if his demands are met. In that case he will become a hero. Will people continue to criticize him then?