Prime Minister Imran Khan was scheduled for a week-long US visit that included high-level meetings and the UN General Assembly. Yesterday, On the 23rd of September Imran had a conference with President Trump and discussed the deteriorating conditions in the Indian-administered Kashmir. 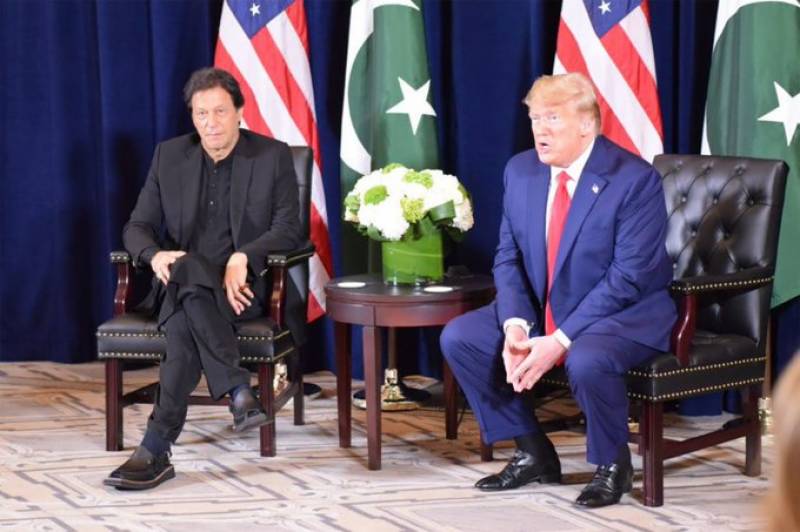 Via Times Of Islamabad

To this Trump responded showing complete support to the cause saying that he would gladly mediate on Kashmir issue if both countries are willing to find common grounds. He maintained the fact that he has great relations with India and Pakistan’s Prime Ministers; Modi and Imran respectively. The President of the United States on the previous meeting with Imran offered to help both countries on resolving the long-standing Kashmir dispute which was poorly received by India.

PM Imran spoke at an event at the Council on Foreign Relations (CFR) think tank in New York. 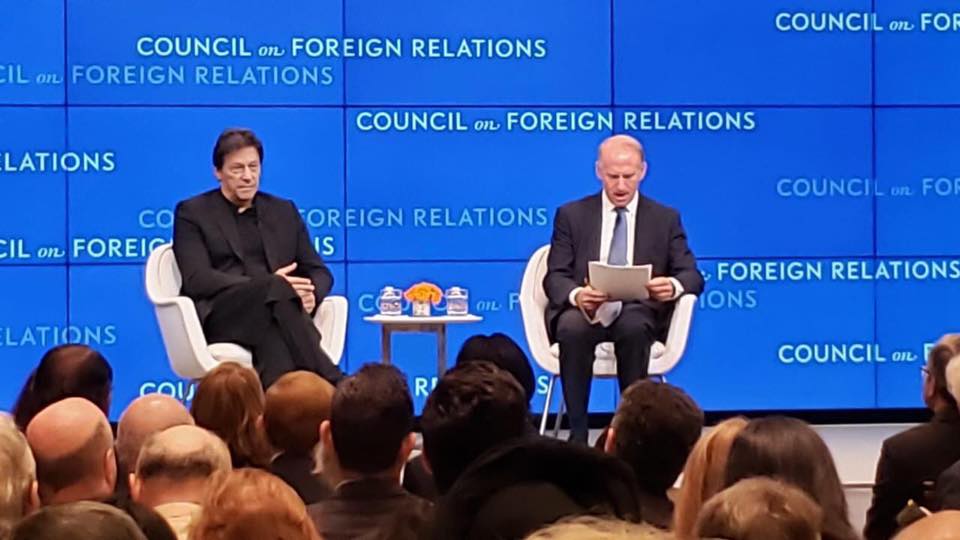 Richard N. Haass, the President of CFR was in a conversation with the premier at the event. Imran talked about Pakistan’s economy, saying, “I am really proud to say that we have cut down this deficit almost by 70 percent. We now have an economy which is heading in the right direction,” Furthermore, Imran discussed US-Pakistan relations including the most important and anticipated Kashmir matter.

“There is only one Islam. The Islam we follow is the Islam of Prophet Muhammad (S.A.W) that is, all humans are equal regardless of the color of skin and giving complete rights to minorities” – PM Imran Khan at CFR.

There is only one Islam. The Islam we follow is the Islam of Prophet Muhammad (S.A.W) that is, all humans are equal regardless of color of skin and giving complete rights to minorities: PM Imran Khan at CFR#UNGA #PMIKInUSA #UNGA74 #ManOfPeaceImranKhan pic.twitter.com/q5nzakAqyr

The importance of this statement can only be understood by the Muslim majority, as the stigma associated with Islam being linked to terrorism needs to be addressed on international forums like these. Imran very boldly shut down the narrative of ‘Radical Islam’ by presenting the real ideology on which Islam is based. Anything other than that doesn’t represent Islam in the slightest of bits. As far as terrorism is concerned, religion has been one of the biggest tools with which mass brain-washing was carried out.

Everyone lauded Imran Khan on his straight forward answer declaring what Islam is.

Indeed! Imran Khan has vision, plan and is prepared to have productive conversations that will yield desired results.

He truly has done great for the country, correcting the tarnished image of Pakistan one step at a time.

The Islamic world’s silence over IoK was enough of an eye-opener to their indifference towards the Muslim Ummah.

Prime minister Imran Khan has made considerable amounts of efforts to direct the world’s attention to India’s atrocities in IoK and continues to do so with the same passion even after no progress or results. The Pakistan army is completely on board with Imran Khan’s vision of making sure India is kept in check and if need be, wage war to protect the Kashmiris on the other side of the border. DG ISPR has repeatedly warned India and Modi on its dirty tactics costing them a lot more than they might be bargaining for.

Swvl Is Making Its Way To Karachi By Providing Utmost Ease & Comfort To All Its Travelers!
These 5 Breathtaking Waterfalls Of Balochistan Prove That It Is A Hidden Vacation Gem!
To Top