As the PM visits different hospitals and quarantine centres in Quetta, Sardar Akhtar Mengal has raised an important issue before Khan.

National assembly member Akhtar Mengal has recently highlighted that PM Khan has been misguided over coronavirus situation in the province. He said that many doctors are still protesting over lack of facilities to combat coronavirus in Balochistan.

My tweet is directed to @ImranKhanPTI . Just want to inform you the way you are being briefed about the current situation in Balochistan in combating #COVID19 completely flawed.
The whole medical staff is in protest. They have not been provided with basic equipment.

On the other hand, Chief Secretary Balochistan briefed the prime minister about the ‘satisfactory’ facilities at the quarantine centres.

During his visit to a quarantine centre at the Bolan Medical College Hospital, chief secretary briefed about the facilities provided to the patients there. He was also informed about the current situation and the steps taken by the authorities to stem the spread of the virus in the province.

Sadly, though the Balochistan government has presented a satisfactory report about the deadly disease. But, the reality speaks otherwise. With each passing day, we come across reports about protests and chaotic situation in the province.

Balochistan has been at the centre of the coronavirus outbreak as a result of the quarantine crisis at Taftan border. More than 4,500 pilgrims coming from Iran were initially quarantined at Taftan. More than 100 of them were tested positive.

Every day doctors there refuse to carry out isolation ward duties over lack of adequate measures for their safety. The government is taking disciplinary action against doctors instead of providing them facilities. The provincial government has also released Rs 200 million for emergency procurements to deal with the situation. But, the number of infections is projected to spiral into the thousands and the death tolls keep mounting. 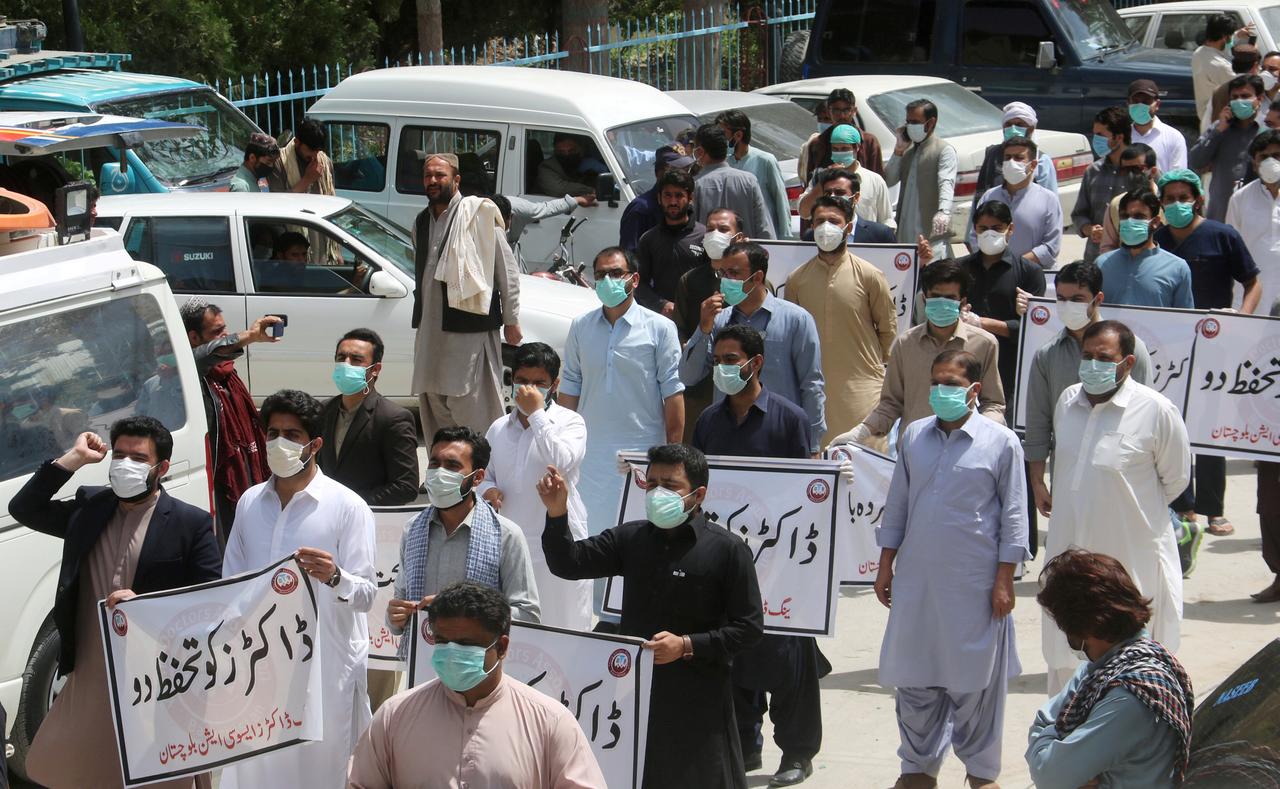 The lack of transparency in sharing information about the coronavirus cases in the province has contributed to the cause.

Particularly in the Quetta region, the climate is dry and cold, flu and cold are normal there. Hence, many are neglecting the pandemic under the pretext of common flu. Despite the high claims of the government of Balochistan, the quarantine facility near Taftan and Quetta showed a dismal picture, with tents under the rain and loathsome condition of toilets.

The Pakistan Army has sent emergency supplies and medical equipment, including PPEs to Quetta on orders of Chief of the Army Staff (COAS) General Qamar Javed Bajwa.

Where the situation is getting worse, providing flawed information to the higher authorities will increase the risk of coronavirus in the province.

Khan has offered all possible assistance, as well as resources, to the government of Balochistan to tackle the novel coronavirus. It has so far infected more than 200 people there.

Touching upon the coronavirus cases in Balochistan, Khan said it was fortunate that there is no serious case in the province till now. However, Balochistan might economically suffer the most due to the lockdown.

Now the question arises, how PM Khan thinks that there’s no serious case in Balochistan till yet. When all the cases throughout the country is a result of negligence at Taftan quarantine centre. Two days back, Police arrested at least 50 doctors in Quetta who were protesting against the lack of personal protective equipment (PPE) kits for health workers.

Video footage from Monday’s protest showed dozens of doctors raising slogans and criticising the provincial government. Shortly afterwards, police stepped in to end the protest, clashing with several of the protesters and detaining dozens.

In a nutshell, nothing so far has been enough to fight COVID-19 in the region. Balochistan government needs to do a lot to tackle the menace. They also need to be transparent to deal with the situation in a better manner.