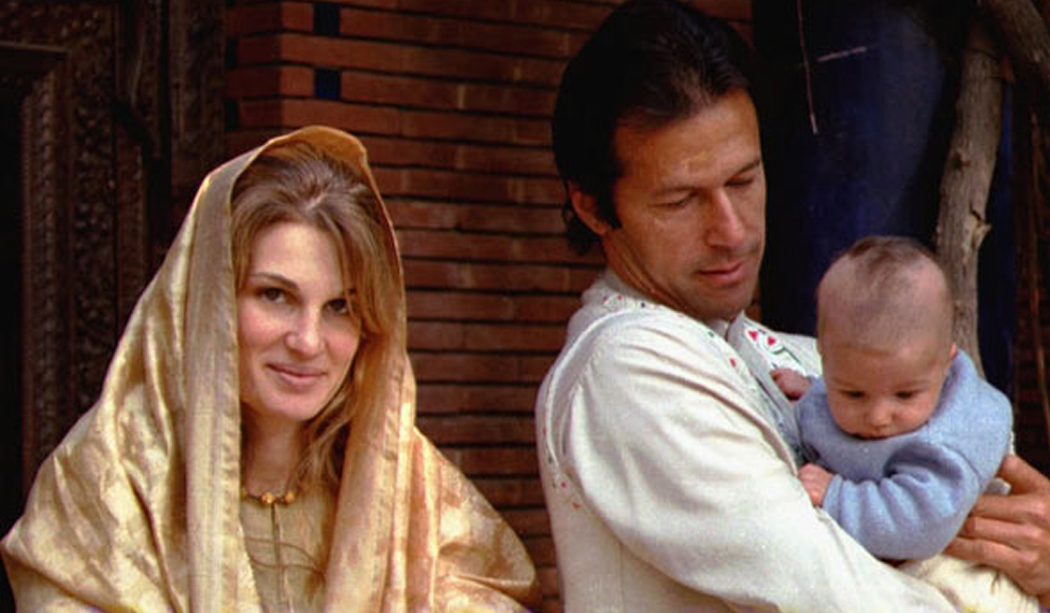 When it comes to the Pakistani politics, there is never a day when things don’t get ugly. The past few months have been more of a blame-game rather than political moves that actually benefit the country. Emerging from the Panama Case, the involved and the rival parties have been on each other’s nerves.

With Imran Khan openly challenging the Sharif’s based on the corruption charges, the N League leaders fought back by dragging Khan’s integrity. The accusation of Bani Gala, Imran Khan’s house and his properties in London were questioned. Must of this was trailed back to the time when Khan was married to Jemima Goldsmith.

In numerous interviews, Khan has stated how Jemima’s integrity was questioned by Pakistani political parties, all in the idea of hurting him. However, this blew the relationship and the couple ended up getting a divorce.

Despite being separated for years, despite Khan remarrying, the two still share a rock solid relationship and this can easily be seen after the way Jemima stood up for Khan during the accusations.

Many believe that Imran Khan being declared ‘ehl‘ has much to do with the evidence and trail Jemaima provided.

Once again.. in this world full of Reham’s .. be a Jemima!

This Often Sparks a Question in the Minds of the Pakistanis – Will Imran Khan and Jemima Goldsmith Get Back Together?

One could notice reluctance in Khan’s tone – maybe that’s not something he wants and he may even wish to get back with the former wife. However, he recalls the tough time Jemima had to experience. With her changing the religious faith to being accused of smuggling by the opposition party, it was tough for the lady to cope up with.

Watched Imran Khan with Kashif Abassi today. For the umpteenth time Imran said Jemima left Pakistan because NS & co made life difficult for her. Musharraf toppled NS govt in a coup in '99. NS went into exile in 2000. Imran and Jemima divorced in 2004. Just for the record.

Here’s the Link to the Interview:

Seeing it this way, it is heartbreaking to see how based on politics, someone’s home was wrecked. On the other hand, Jemima Goldsmith ended has shown an example of how not everything after ending a relationship needs to be negative – the way she supported and helped Khan is a prime example!