PM Imran Khan Is Named As 'Man Of The Year' By Jordanian Institute!|Parhlo.com

Prime Minister or PM Imran Khan has been declared as the “Man of the year” by the Royal Islamic Strategic Studies Centre. It is a research entity that is affiliated with the Royal Aal Al-Bayt Institute for Islamic Thought in Jordan.

Pakistanis are raving about the title ‘man of the year’ because the citizens believe that it fits PM Khan perfectly. His current speech and active response to the crisis in Kashmir shows that he is one of the few Pakistani Prime Ministers that raises his voice for injustice. Moreover, he doesn’t display such beliefs only for gaining popularity among the citizens but genuinely means to improve the country. Even though, there are Pakistanis that believe that PM Khan can do better. But most people are willing to give him the time and opportunity to improve the country.

How Did Prime Minister Imran Khan Get This Title?

Professor S. Abdallah Schleifer, Professor Emeritus of Journalism at the American University in Cairo and the chief editor of “The Muslim 500” project mentioned that, “If The Muslim 500 was in print back in 1992 and I was then chief editor I would have nominated Imran Khan as our Muslim Man of the Year because of his brilliant performance in cricket, which culminated in Pakistan winning the 1992 Cricket World Cup — a sport I have always admired for its combination of elegance and intense competitive play.” 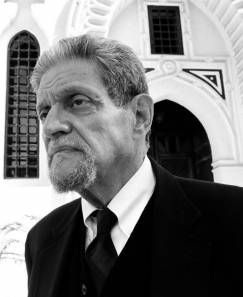 Firstly, professor Schleifer brought up Imran Khan’s impressive career in cricket. There is no doubt that he did set the bar for a lot of other Pakistani cricketers to overcome. And not many have been able to cross it.

He then continued on to mention, “I also was touched when Khan launched a successful fundraising campaign to establish a hospital devoted to both the care of victims of cancer as well as research”

He added, “This was his magnificent response to the loss of his mother to cancer in 1985 and given Khan’s extraordinary popularity with Pakistanis both at home as well as among the large number of Pakistani expats – along with his own, no doubt, generous personal contribution — he raised sufficient funds so that by 1994, the Shaukat Khanum Memorial Cancer Hospital opened its doors in Lahore whereby 75 percent of its patients receive free-care,”

It is for sure that PM Khan’s spectacular help for cancer victims has been helpful enough to save countless lives. Also, the professor made sure to include the excellent way that Khan has been dealing with the current issue with India. He addressed that Khan wanted to “normalize relations through trade”. Lastly, professor Schleifer ensured to include, “This is Imran Khan’s great dilemma— how do you make a much desired lasting peace with a nation governed by those who have neither interest nor need to make a lasting peace with Pakistan, and against whom any form of war would be hopeless,”

Concluding all of the above information, it is safe to say that professor Schleifer was able to capture most of the intentions of the Pakistani nation. If one considers the year of 2019, then the achievements of PM Imran Khan in the second half is enough to bag him the title of ‘man of the year’.

Meet Samina — A Brave Lahori Mother Who Fights Life Everyday By Selling Gol Gappay!
This Policeman Tried To Misuse His Legal Authority While Traveling & It Backfired Immediately!
To Top