Prime Minister Imran Khan - The Inspiring Journey From Cricket To Politics And His Personal Life! 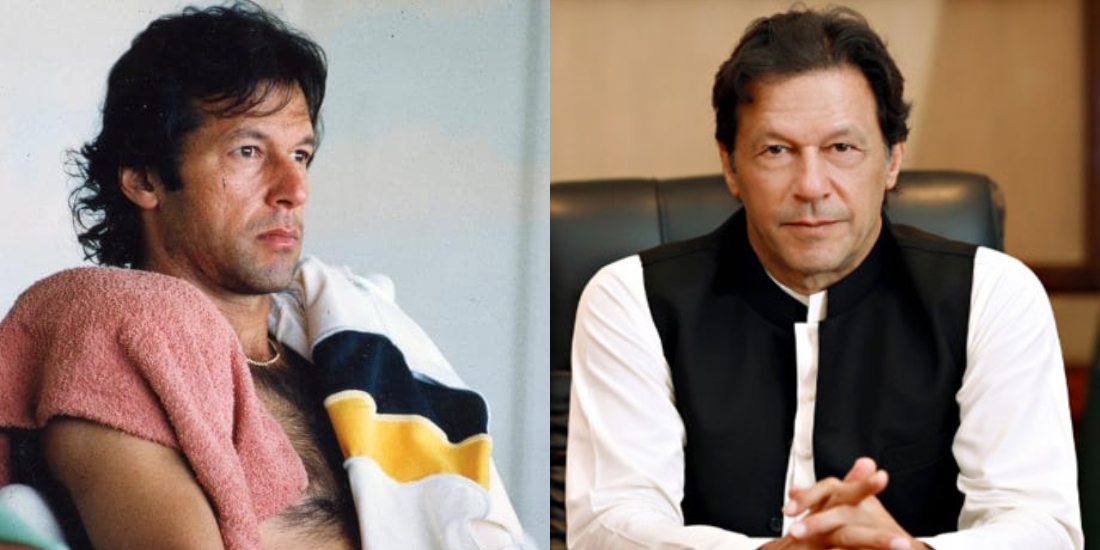 What if you actually succeed in doing that? And now, the whole world knows who you are, and considers you the epitome of righteousness? That is the story of Pakistan’s Prime Minister, Imran Khan Niazi. A man who turned his fate with the help of none but himself.

They often say, “it takes years to build respect, but only a second for it to vanish forever” – and it is rightly said so. Humans struggle all their lives, every single day, to be able to make a name for themselves, for people to remember them in the best possible words. 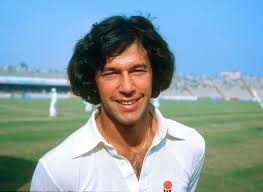 Imran Khan, the 22nd and incumbent Prime Minister of Pakistan, has lived a life of glory, victory, struggle, and patriotism. Born on October 5, 1952, in Lahore, Pakistan, Khan was always destined for greatness. His parents, Ikramullah Niazi and Shaukat Khanum Bibi, were average citizens of the country as his father was a civil engineer and mother a housewife.

Receiving privileged education from the Cathedral school and then Aitchison College, Imran Khan’s talent and destiny of being a cricketer further blossomed at the Royal Grammar School Worcester, England. Graduating from Keble College in Oxford in Political Science, Imran Khan was now only going to focus on his dream, which was playing international cricket.

Khan, who had a quiet and shy youth, grew out of his bubble with his love for cricket. At the tender age of 16, he made his first-class cricket debut. After playing in England for a while, Imran Khan caught the selectors’ eyes in Pakistan, and he made his Test debut against England after playing for PIA and Dawood Industries. 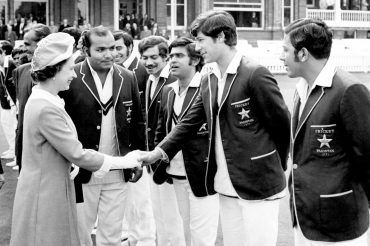 In 1976, Imran Khan returned to Pakistan and secured a permanent spot for himself in the national cricket team, which was followed by spectacular performances against New Zealand, Australia and West Indies. Considered as one of the pioneers of reverse swing, by 1982, Imran Khan was one of the best bowlers in the world.

This was around the time when Imran Khan was made the captain of Pakistan. Bringing Pakistan its international cricketing glory, Imran Khan was now considered one of the best all-rounders in cricket. 10 years later, he successfully captained Pakistan to the biggest triumph in the country’s history, winning the 1992 Cricket World Cup.

After hanging his boots and gloves, retiring from cricket, Khan started works of philanthropy and this was also the beginning of his political ideology. Working for the UNICEF and a UK-based charity organization, Imran Khan developed the love for people – especially the poor. This philanthropist nature of his was the reason he decided to step into the world of politics as well. 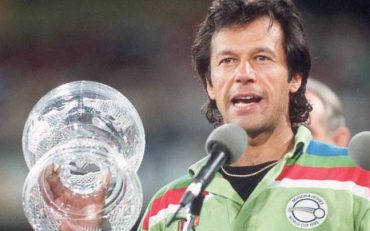 Extremely impressed by Allama Iqbal and his words, Imran Khan developed immense nationalist and populism in himself. In 1996, Imran Khan formed the Pakistan Tehreek-i-Insaaf, a political party which has finally come into power 22 years after Khan’s mission began. In the elections of 2002, after facing many failures, Khan was finally elected from Mianwali, his native town.

Finally, once General Musharaff’s game was over in Pakistan, Imran Khan took center-stage as the People’s Choice. He talked about the poor, the oppressed, against VIP culture and most of all, changing Pakistan from a third-world country to something unprecedented.

Imran Khan and his team, from 2011 onwards, introduced their slogan of change. On 23rd March 2013, Imran Khan famously announced the ‘Naya Pakistan Resolution’, which would change Pakistan forever. The slogan of ‘Tadeeli’ ran rampant across Pakistan and Imran Khan started to make headlines. While the Pakistan Muslim League – N under Nawaz Sharif was running Pakistan, Khan campaigned against them and promised to make the current opposition party cry. 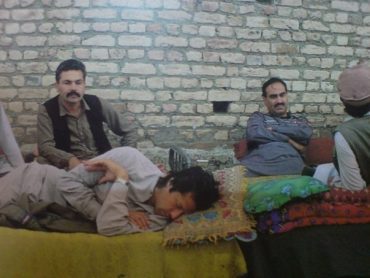 Sooner than later, Khan’s luck charmed. Nawaz Sharif was disqualified as Pakistan’s Prime Minister on charges of corruption. After that, it was over to the people of Pakistan who promised Imran Khan they would support him in becoming the Prime Minister of Pakistan. That is exactly what happened. In the General Elections 2018, Pakistan voted, and they did so in favor of Imran Khan and his political party, the Pakistan Tehreek-i-Insaaf.

As soon as Imran Khan came into power, all the elements that did not want his government to take the reins of the country, started targeting his manifesto and work. However, Imran Khan still stands firm, trying his best to turn the country’s fate upside down. Even though the economy is in shambles and inflation is the talk of the hour, the people of the country trust Khan enough to turn the tables quickly and swiftly.

As for the Premier’s personal life, all has not been smooth for Imran Khan in the department of marriages. His first wife, Jemima Goldsmith, also known as Jemima Khan, was Imran Khan’s first wife. Their marriage began in 1995 and the couple got divorced in 2004. Jemima and Imran had two sons together.

Afte Khan’s marriage with Jemima, Khan decided to give another go. This time, he married a former British journalist, Reham Khan. The marriage hardly lasted a handful of months and the couple turned bitter after their divorce. Reham Khan even wrote a book on Khan, trying to ridicule him and take jabs at his character. 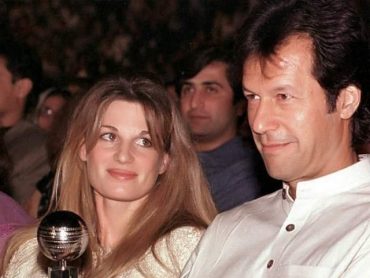 However, that really didn’t work out well for Reham Khan, as a couple of years later, in 2018, Imran Khan married a famous spiritual guide in Pakistan, Bushra Maneka, who the country also refers to as Bushra Bibi and/or Pinki Peerni (due to her spiritual nature). Ever since Bushra Maneka and Imran Khan tied the knot, it has been smooth sailing for Khan.

Bushra’s marriage to Khan proved miraculous for him as finally, Imran Khan’s 22-year-old dream came true, and he was elected in as the country’s 22nd Prime Minister. While the whole country and rest of the world were shocked, Imran Khan knew he had done nothing wrong, as any Muslim can marry 4 women, according to Islam and Sunnah.

Imran Khan has been proven ‘saadiq and ameen’, even though allegations run rampant of him having an illegitimate daughter with an old-time girlfriend, Sita White. People have tried to sling dirt at Khan for this, but somehow, he has always escaped with a clean chit on this matter.

Currently, Prime Minister Imran Khan has laid down a massive crackdown against the two famous political parties of Pakistan, the Pakistan People’s Party (PPP) and the Pakistan Muslim League – Nawaz (N). Their leaders are being taken into custody with the help of the National Accountability Bureau and the Anti-Corruption Department. 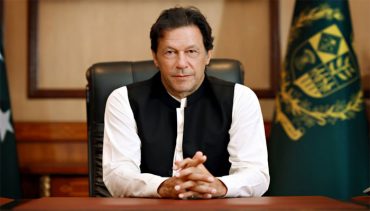 For years, these leaders have looted us, hurt our economy, paid no heed to the decisions they’ve taken and finally, a man has come who won’t let them go scot-free. This is why Khan is the most trusted politician in Pakistan and one that the whole world now respects. From cricketer to playboy, from philanthropist to politician and now, the Prime Minister of Pakistan.

This journey of Imran Khan shows that with the right mindset, will, determination and concentration, one can achieve the biggest goals possible in life. Imran Khan took control of his life and talent, from being an absolute nobody to now the most famous person in Pakistan. Imran’s journey shows us that no matter what, dreams can always come true if you have a clean heart.

Here’s Why Ragging Should Not Be Allowed In Any Educational Institute!
6 Things You Should NOT To Do At Your December Shopping Spree!
To Top