‘One step at a time’ is the approach Prime Minister Imran Khan has taken with reforming Pakistan and he has achieved a lot in a small time of his premiership. However, there are several obstacles and challenges the incumbent government continues to face. Hence, there have been some mistakes and uncertainties attached to some of the decisions the PTI government has taken. But, criticism aside, Imran has made credible efforts into ‘fixing’ the broken system of this country.

Imran takes a great step towards battling poverty by initiating a free food program across Pakistan.

Prime minister inaugurated the first langar khana in Islamabad. This soup kitchen distributing free food is part of the project called ‘Ehsaas Saylani Langar’, which aims to combat hunger across the nation. 112 more such langar khanas are to open within a year all over Pakistan. 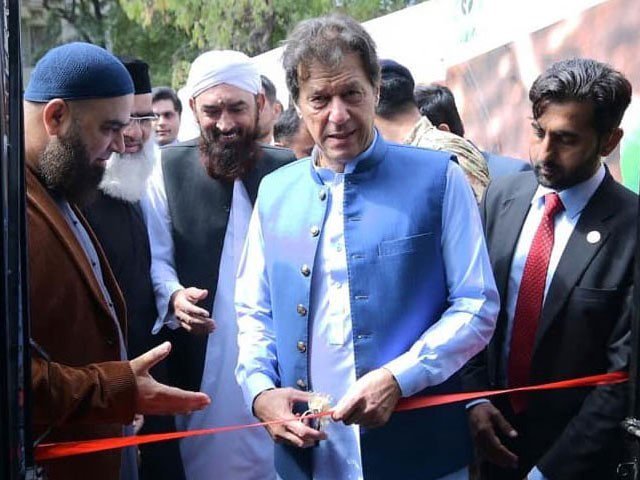 The premier himself stood in a queue behind other laborers to wait for his turn to be served and then shared his food with others. During his inauguration speech, Imran said, “It is one of the biggest projects of the government’s Ehsaas (care) Programme that aims to combat hunger throughout the country,” 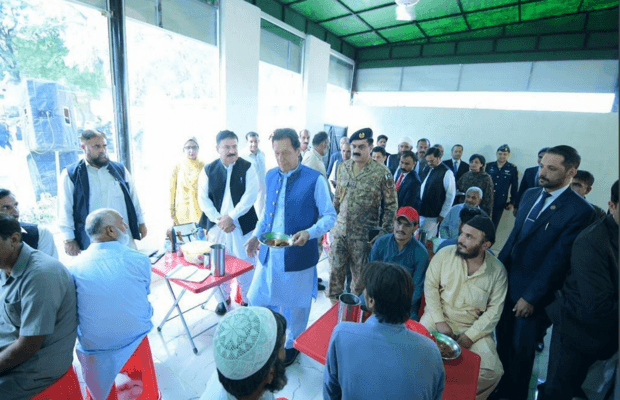 A true leader leads by example and Imran Khan has definitely proven to be worthy of being respected and followed. His actions have made a great impression not just on Pakistanis alone, but has earned himself a great deal of recognition and respect globally. So much so, that one of the renown Muslim scholars, Mufti Menk in one of his lectures praised Imran on releasing an enemy prisoner for the sake of peace and harmony. Mufti went as far as saying that this is something our beloved Prophet Muhammad SAW would have done, indicating that Imran is trying his best to follow in the footsteps of one of the greatest leaders of Islam.

Poverty is one of the biggest issues of any nation and this Ehsaas Saylani Langar will elevate much of the sufferings of the poor who go to sleep on an empty stomach. Saylani Welfare International Trust is a charity organization of Pakistan that primarily focuses on feeding the needy and the homeless. It was established in May 1999 in Karachi, Pakistan and was founded by famous spiritual and religious scholar Maulana Bashir Farooq Qadri. 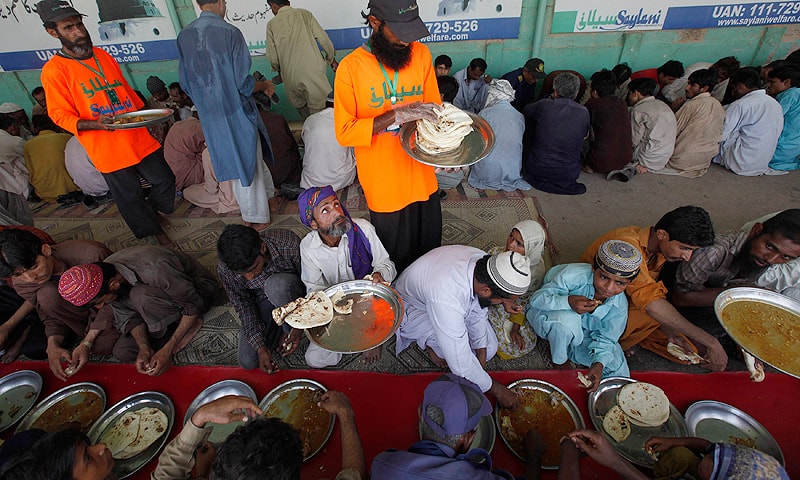 This particular Langar scheme started by the Prime Minister is launched in coordination with the Saylani Trust to provide hygienic food to the poor. Imran spoke on the impatient Pakistanis questioning the vision of ‘Naya-Pakistan’ that hasn’t materialized for them in just one and a half years of PTI’s leadership. He said, “They must know that wrong practices of 70 years take time to phase out. But I assure you, this country will overcome tough times and witness a new dawn of progress and prosperity,” Imran also notified about the several welfare programs that will initiate for the improvement of the health sector, police and women-centric issues.

Clearly, the current head of states has everything noted down and all it requires is a little patience from the citizens and trust in him that he will consider every detail that needs to be addressed in order to set the course of this nation straight and to the path of success.

Threads Is The New Snapchat For Instagram Users – What’s The Future Of This Clone?
US Senators Visited AJK After Denied Permission In IOK And Praised Pakistani Leadership
To Top