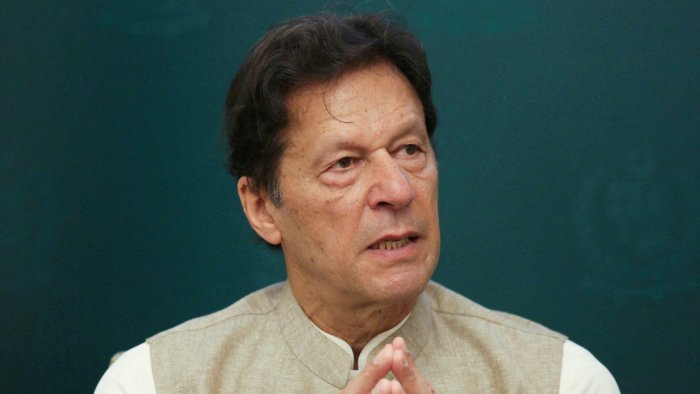 The state filed the complaint through the FIA’s Corporate Banking Circle in Islamabad. According to the first information report (FIR), which Dawn.com has a copy of, Arif Masood Naqvi, the owner of Wooton Cricket Limited, transferred “ill-gotten” money to a United Bank Limited (UBL) account maintained in the name of the PTI.

“The ‘agreed transfer’ goal mentioned in the fast messages of the transactions is to conceal the true nature, origin, location, movement, and ownership of these funds.” Arif Masood Naqvi is also the founder/owner of the Abraaj Group, which went bankrupt in 2018. “Arif Masood Naqvi lied about Abraaj’s fund performance by inflating its value,” the complaint continued.

It went on to say that Naqvi was also facing trials in the UK and the US for scamming investors.

Recently PTI Senator Saifullah Niazi Has Been Arrested “By FIA”

“PTI filed an affidavit of Arif Masood Naqvi before the Election Commission of Pakistan, indicating that all funds collected in WCL accounts were transferred to PTI’s account in Pakistan.” This affidavit was proven false/forged since two further transactions were made from WCL to two different accounts in Pakistan in May 2013.”

The FIR further stated that the UBL administration was required to disclose 12 CTRs/STRs to the authorities, but they failed to do so. “Chaudhary Shahid Bashir, the operation manager of UBL’s Jinnah Avenue branch in Islamabad, facilitated these suspicious/illegal transactions by failing to report the aforementioned illegalities to the appropriate authorities and also allowed Internet Merchant Acquiring Agreement to change the title of the account to Naya Pakistan.”

Following that, the FIA stated that a case has been registered against Imran, his party leaders, and the management of UBL under sections 420 (cheating and dishonestly inducing delivery of property), 468 (forgery for the purpose of cheating), 471 (using as genuine a forged document), 477-A (falsification of accounts), and 109 (punishment of abetment if the Act abetted committed In consequence and where no express provision is made

They have also been charged under Section 23 of the Foreign Exchange Regulation Act of 1947 (penalty and procedure).

The FIR comes just days after the FIA brought Saifullah Nyazee and Amir Zaman into protective custody for questioning in the case, prompting the party to issue repeated condemnations.

The commission said in its decision that the party “knowingly and wilfully” took financing from Wootton Cricket Limited, which is run by business mogul Arif Naqvi. According to the complaint, the party was a “willing recipient” of $2,121,500 in unlawful funds.

According to the ECP, the party also received “knowingly and willfully” donations from Bristol Engineering Services (a UAE-based company), E-Planet Trustees (a Cayman Islands private registered company), SS Marketing Manchester (a UK-based private company), PTI USA LLC-6160 and PTI USA LLC-5975, which were “hit by prohibition and in violation of Pakistani laws.”

The party also received funds through PTI Canada Corporation and PTI UK Public Limited Company, according to the statement. “The amounts received into PTI Pakistan’s accounts from both companies are prohibited and in breach of Pakistani legislation.”

The electoral commission also stated that the PTI was a recipient of funds made by Romita Shetty, a US-based businesswoman of Indian ancestry, which was illegal.

The ECP stated that the party had only eight accounts before to the commission and declared 13 accounts unknown. “According to data collected from the State Bank of Pakistan (SBP), all 13 accounts repudiated by the PTI were opened and operated by senior PTI administration and leadership at the central and provincial levels.”

The commission also pointed out that the party forgot to reveal three accounts that were also handled by the party’s senior leadership. The PTI’s failure to disclose and conceal 16 bank accounts is a “severe lapse” on the part of the PTI’s leadership and a violation of Article 17(3) of the Constitution, it claims.

“Every political party shall account for the source of its money in conformity with the law,” says Article 17(3).

The PTI chairman filed Form-I for five years (2008-2013), which was determined to be “grossly erroneous based on the financial figures obtained by this commission from SBP and other evidence available on record.”

“As a result […] the subject falls within the purview of Article 6(3) of the Political Parties Order 2002.” (PPO). As a result, the commission recommends that a notification be written to the respondent party in accordance with Rule 6 of the PPO explaining why the aforementioned forbidden money should not be confiscated. In light of the commission’s order, the office is also directed to take any other legal measures, including referring the case to the federal government.”

According to Article 6(3) of the PPO, “any contribution made, directly or indirectly, by any foreign government, multinational or domestically incorporated public or private company, firm, trade or professional association shall be prohibited,” and the parties may only accept contributions and donations from individuals.

The commission also stated in its judgement that it was “forced to hold that Imran Khan failed to execute his duty as prescribed by Pakistani statutes.”

“Imran Khan filed entries that were severely inaccurate and incorrect during the five years under consideration.” “Even during the course of this commission’s scrutiny and hearing, the PTI continued to hide and withhold complete and full disclosure of [its] source of funding,” it added.