PTI Chieftain Imran Khan is being heavily censured over a matter concerning his personal life. It was reported that Imran opted for a third marriage after proposing his spiritual healer, Bushra Manika. Ever since the whole subject continues to surface all over social media in Pakistan.

People are divided over the matter. Some absolutely flaked him with criticism for taking such a decision, while some are encouraging him. It may be normally considered that where his supporters and opposition belong, however, a large chunk of his supporters also do not feel right about this one. Imran Khan has previously had two failed marriages. Besides, people are largely concerned about the political outlook of such a decision since we know the general elections are around the corner. 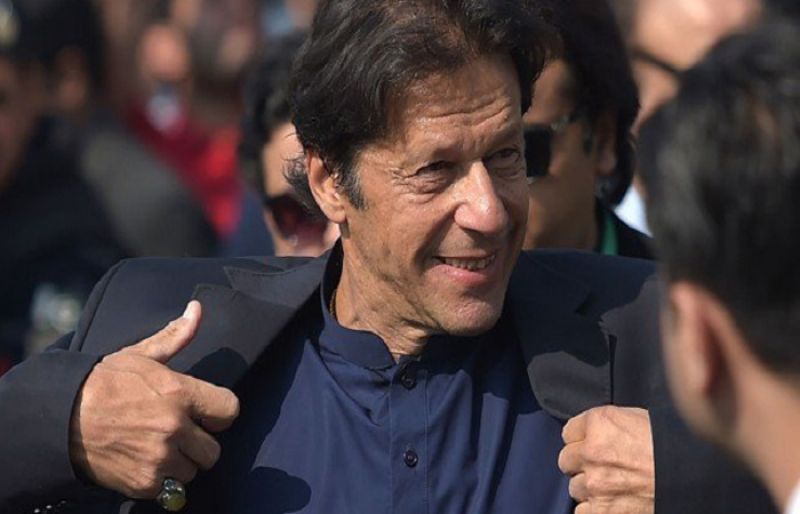 Pakistanis continue to debate on social media. PTI also had to take some action in this case. Umar Cheema, a Jang Group journalist is hit with immense criticism for giving this news a shape of a scandal. Throughout this time, people were eager to know what Imran Khan personally has to say about it. As of course, he did not choose to remain silent and once again, used his Twitter account to release a series of tweets where he addresses the whole matter.

Social media is into a meltdown because Imran Khan just took a huge jab here:

First things first; Imran outright questioned as to why his personal life become a breeding ground for controversy. What has he done to deserve such a heap of criticism? Is wanting to get married a crime?

1. For 3 days I have been wondering have I looted a bank; or money laundered bns in nation's wealth; or ordered a model-town-like killing spree; or revealed state secrets to India? I have done none of these but discovered I have committed a bigger crime: wanting to get married.

Next, he went full-fledged against his major opposition in politics – the Sharifs. He believes they have campaigned a propaganda by digging deeper into his personal life.

2. The vicious, gutter media campaign led by NS & MSR mafia does not bother me as respect & humiliation come from Allah Almighty.

Imran Khan sheds light on how it would cast down on both parties involved.

3. However, my concern is for my children & the very conservative family of Bushra begum, all of whom have been subjected to this malicious campaign by NS & MSR.

He believes he will come out stronger and face it with daggers drawn.

4. NS & MSR can rest assured that their vicious campaign has only strengthened my resolve to fight them all the way.

He also pointed out that he would never even consider attacking someone based on their personal life, just like he is being done, currently.

5. I have known the Sharifs for 40 years and I know all their sordid personal lives but I would never stoop to the level of exposing these sordid details.

Lastly, he urged support from his supporters in this difficult time.

6. All I ask of my well wishers and supporters is that they pray I find personal happiness which, except for a few years, I have been deprived of.

The key takeaway from Imran Khan’s words is that he showed some proportion of vulnerability. It’s true that no one should malign a person’s image based on their personal life. Well guys, share your opinion on the whole matter.