The recent release of Mushtaq Raisani has brought to light the deal-making strategy of NAB. The institution created to ban the corrupt people has become a broker to save them from imprisonment. The Balochistan finance minister who faced Rs. 40 Billion corruption charges struck a deal with NAB and walked free after paying only a meager sum of Rs. 2 Billion. 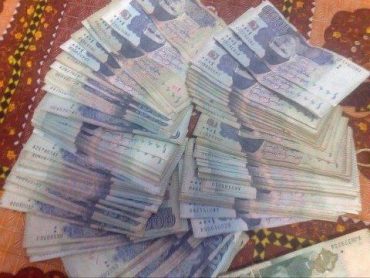 The news has spread outrage all over the country with politicians and the citizens condemning the deal. People took to twitter to vent their frustration and highlight the flawed system of the National Accountability Bureau.

Asad Umar of PTI speaks about the deal:

Do corruption worth 40 billion, give back 2 billion in plea bargain. Go home a free man! Is this the morality NAB wants to teach the nation?

“Do corruption worth 40 billion, give back 2 billion in a plea bargain. Go home a free man! Is this the morality NAB wants to teach the nation?”

Imran Khan also took to twitter about the issue:

People from different walks of life joined the condemnation:

“(NAB) was playing the role of a facilitator for the corrupt. Said Supreme Court Justice Sheikh Azmat Saeed #NABPromotingCorruption”

The twitter trend #NABPromotingCorruption became the top trending hashtag as people from all over the country and abroad joined to condemn this unjust act by NAB.

Many other prominent politicians of the country were also displeased by the news that has surfaced. While most of them didn’t use social media to release their statement, but also voiced their concerns. Moonis Elahi said, “if NAB becomes the facilitator and a broker between the accused and the government who is going to stop corruption?”

Citizens of Pakistan are utterly shocked by the unexpected outcome of the case as for once it seemed a corrupt person would have to face the law. However, it was horrifying to see that no person from the PMLN Govt stood up against the decision. It seems that PMLN has totally destabilized NAB and has derailed it from the task it was to do.

The Drowning Edge – Neglected Humans We Call Transgenders
Why Can’t I Find A Job? – Every Fresh Graduates Dilemma
To Top