Imran Khan And Reham Are Humans Not Characters In A Starplus Drama! 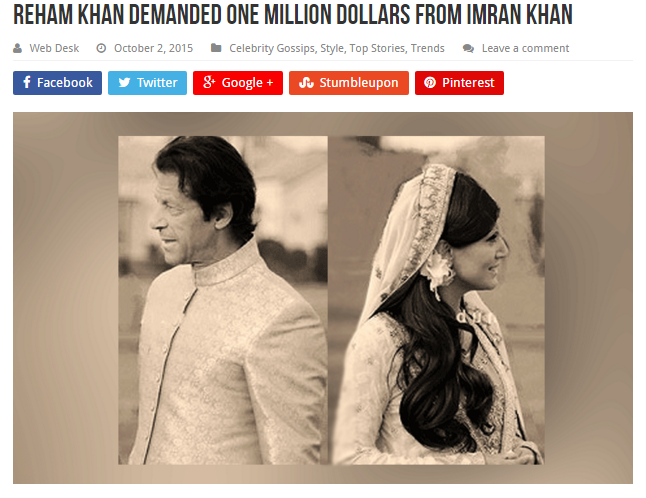 Yes, the argument that they are public figures is absolutely valid and it is understandable that Imran Khan and Reham Khan are always in the public eye hence their personal affairs are bound to become public. However there is a limit to the extent of manipulation and misinformation that the media can attach to their story. Here are some of the most outrageous reasons that the media has spewed out for Imran And Reham’s divorce.

1. The Media Had A Field Day When Their Story Broke Out

The worst part is that they did not even stop with the story, they kept on adding speculations and misinterpretations about their whole life and relationship. 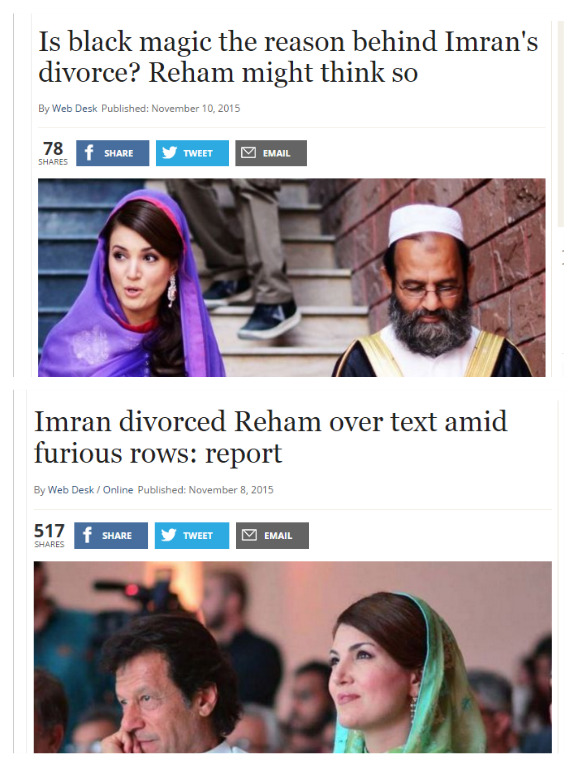 2. International Headlines Were Sadistically Poking Fun At The Couple’s Misfortunes

Yes, it wasn’t just domestic media that hopped on the bandwagon to ridicule these too, international media did not lag far behind.

3. Some Of The Stories That Broke Through Were Absolutely Baseless And Didn’t have A Single Fact To Support Them

4. The Media Made Non-Issues Into Issues

Clipping of the shocking and over exaggerated news a channel broke.

5. When There Were Important Things To Be Reported On…

This is THE MOST controversial video that went viral on the internet!

Whit thousands of other calamities and crucial news reports, our media chooses to ignore and focuses majorly on ridiculing and publicizing a couple that they were on the verge of worshiping a few moths ago. You can’t help but question the Pakistani people’s mentality because truly they are the ones who like to read about such things and get their daily perks from watching other people squirm under the public eye. In the rat race of getting high ratings the media is loosing its ethical and moral value as well as it’s credibility.

No matter how much they try to sabotage the image of Imran khan, his personal life has nothing to do with his leadership skills or his political career. So, Reham or not we will support you Khan Sahib.

8 Interesting Things About Traditional Rivalry Between Pakistan & India
From Amir to Abrar, Saudi Arabia Bans 50 Names; Check If Your Name Is On The List
To Top