After the ISPR funded drama serial “Ehd e Wafa” has taken the Pakistani viewership by storm, several celebrities are also pouring in their feedbacks. Pertaining to the characters involved, Gulzar Hussain has gradually become the audience’s favorite because of his exceptional work. Well, as of now, along with the social praises, actor Imran Ashraf also praised Gulzar from Ehd e Wafa on one of his personal social handles.

Certainly, Imran Ashraf had everyone drool over him after his exceptional portrayal of ‘Bhola’ in “Ranjha Ranjha Kardi”. Depending on the talent Pakistan’s entertainment industry possesses, Ehd e Wafa has given another skilled artist to the country. Consequently, on his official Twitter, the Bhola of hearts Imran Ashraf praised Gulzar Hussain’s elite performance in Ehd e Wafa.

With a picture of Gulzar from Ehd e Wafa, Imran Ashraf wrote, “Maza a gaya gulzar what a performance”!

Additionally, before the Inter-Services Public Relations (ISPR)’s Ehd e Wafa was released, Pakistanis were having second thoughts on the show. As of now, the TV show is being acclaimed nationally and internationally as well among overseas Pakistani communities. Moreover, while the other actors carry a separate fan base because of the acquired fame, Gulzar’s character is gathering praises nationwide.

Adnan Samad Khan and his exceptional portrayal of his character Gulzar Hussain!

Apparently, Gulzar Hussain’s real name is Adnan Samad Khan who happens to be a National Academy of Performing Arts (NAPA) graduate. About the drama serial, Adnan Samad Khan is playing the role of a small-town boy from Basti Malook named Gulzar Hussain with high aims to serve the country in the future. Specifically, the subtle comic timing with a straight face of Gulzar gets everyone in a laughing hysteria, every time. 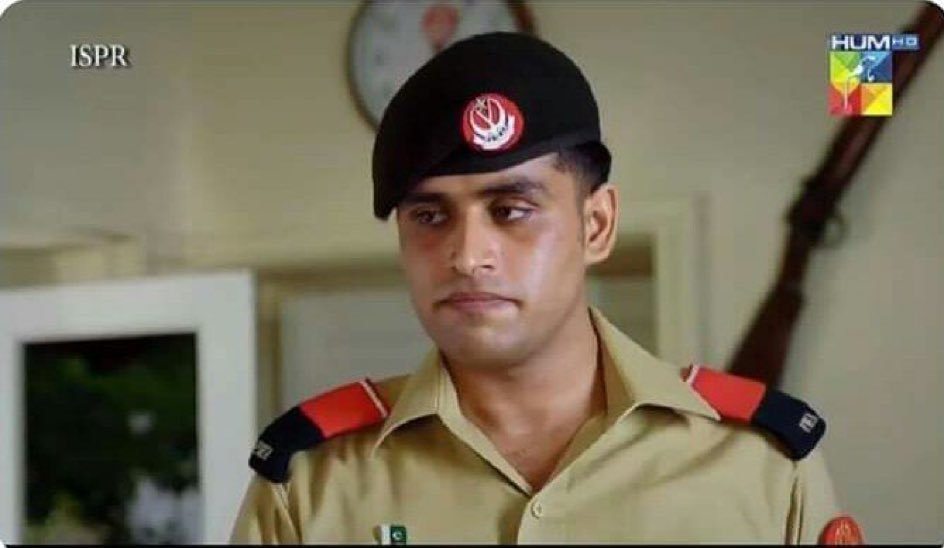 Gulzar and his high aims for the future!

Gulzar is a bubbly character who hails from Dera Ghazi Khan in the show. Well, the joyful Gulzar character joined the Ehd e Wafa platform from episode 6th and the audience instantly fell in love with it. Going on-air every weekend, the viewers desperately wait for the show and especially for Gulzar Hussain to appear on the TV screens.

In the well-scripted Ehd E Wafa, earlier, the audience noticed an unusual aspect which created chaos on social media In addition,. A major confusion occurred after Pakistanis pointed out that the lead cast of the show doesn’t look young enough for college. However, the show is currently successfully running on Hum TV and has become the trending topic in Pakistan.

Have you seen Gulzar Hussain’s performance? Tell us in the comments section below!

Share
Tweet
Share
Share
Email
Recent Posts
Trending Posts
Novel Coronavirus Awareness Message
Avoid touching your eyes, mouth and nose.
Avoid close contact with individuals that are sick.
Clean household objects that are frequently touched.
Wash your hands regularly for at least 20 seconds
Urdu
3-Days Mourning To Be Observed In UAE After Sheikh Sultan’s Death!
On Their 40th Anniversary Mcdonalds Plan To Take Us On A Nostalgic Trip!
To Top