"Most Pakistani Actresses Don't Want To Work With Me," Reveals Imran Abbas

Pakistani actor Imran Abbas while appearing in a Ramadan transmission revealed that most of the actresses don’t want to work with him.

The actor appeared on Aaj TV’s Ramadan transmission hosted by Reema Khan. Reema asked him if his female co-actors felt insecure about him? Abbas agreed to it and said that most of the actresses don’t want to work with him.

“I know Ayeza Khan and Mashal, they for sure don’t feel like that. But, yes there were many instances where actresses refused to work with me. But, I don’t know the exact reason for that,” he said. Reema, however, added that it’s because of the good looks that actresses feel insecure to share the screen with him.  Abbas added, “While I was doing a film an actress had this issue”.

Abbas is one of the most good-looking actors of Pakistan film industry. He is often been tagged among the most beautiful faces of the world. But, the actor feels that all his fame, good looks, and status is God gifted and temporary and he doesn’t take it to his head. 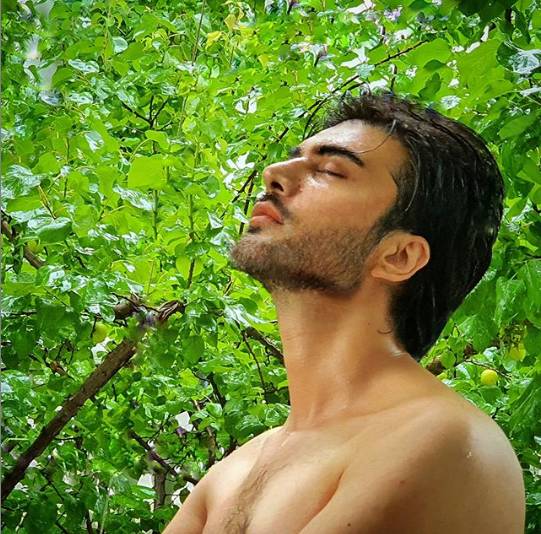 Abbas’ good looks came through his father, most definitely. The actor recently shared a throwback picture of his father in which the resemblance is uncanny. He was apparently closer to his father than his mother. He also dedicated a poem to him through Instagram.

While growing up I would often look at my father’s pictures and wonder, will I ever be that handsome? Seeing the pictures in my hands, he would always smile and pat on my back, assuring me that I’ll grow up to be his reflection. Over the years I had forgotten about this promise, but one day while rummaging through my things at home during lockdown I came across this picture again, looking at it I couldn’t believe how much I resemble my dad now. I discovered he was right all along, I truly am his refection. It was so heartwarming to find these #GharMeinChuppiKhushian. Tell me about your #GharMeinChuppiKhushian in the comments below. I am also nominating @iamreemakhan @zahid.ahmed.official @wasimakramliveofficial @arsalanhshah @lailawasti to share with me their #GharMeinChuppiKhushian #Omore

Abbas is the only handsome hunk from Pakistan, who has made it to the list of world’s most handsome 100 men and he has remained in this list for years now. Abbas has a huge fan following. All thanks to acting chops, hot bod and the ability to make most dramas commercially and critically hit.