All You Need To Know About The IMF Deal And Financial Crises Of Pakistan|Parhlo.com 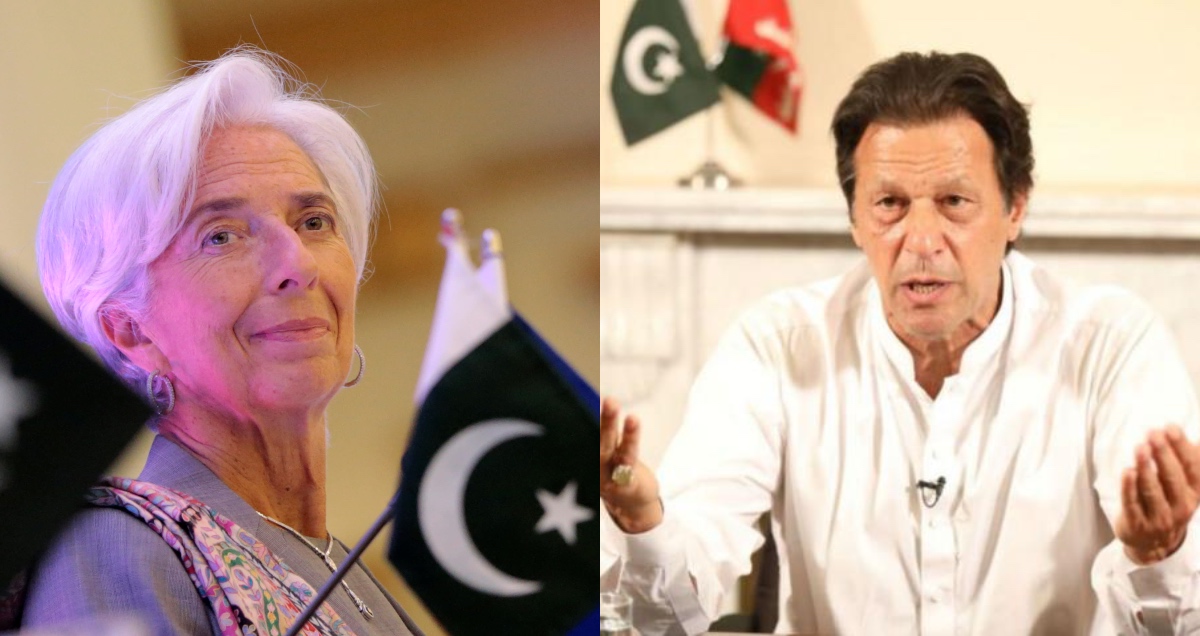 In addition, the current bailout package is 13th in number that has given to Pakistan. Primarily, IMF bailout packages focus on the structural development of the country.  In this matter, the IMF had stated in the discussions over the past several months that Pakistan would have to raise taxes; so it could repay external indebtedness and grow foreign exchange reserves. 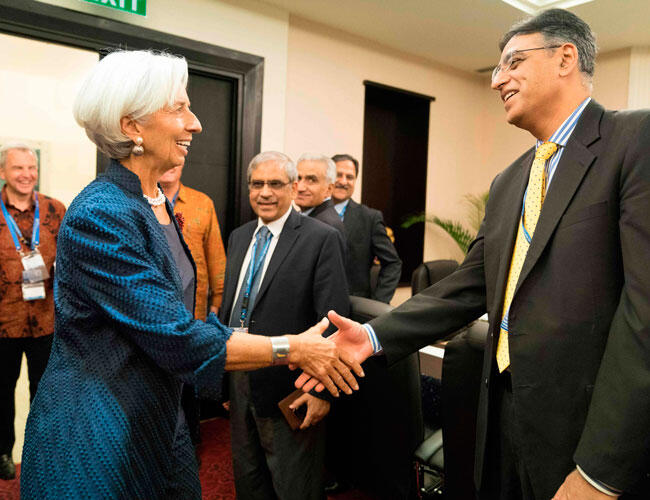 As per the details of the IMF agreement, Pakistan has to increase foreign exchange reserves from $6.824 billion to $11.187 billion in a year. Consequently, Pakistan’s net assets are anticipated to grow from negative $17.7 billion to negative $10.8 billion.

Furthermore, the IMF has demanded Pakistan to pay $37.359 billion in external debt within the term of the IMF bailout package. Plus, the Government of Pakistan owes $14.682 billion to China, mainly owing to the China-Pakistan Economic Corridor (CPEC).

The rise in taxation demanded by the IMF was evident in this fiscal year’s monetary budget. The government increased the Federal Board of Revenue’s (FBR) tax collection goal from 3.94 trillion PKR to 5.5 trillion rupees.

As soon as the Government of Imran Khan took the charge, it elevated the taxes and raised the prices of petrol and electricity. Besides, even after the budget and current heavy taxes, the government officials asserted the prices will hike even further.

Along with the heavy taxes, one of the IMF’s condition is a devaluation of Pakistani rupee. Since the last month of 2017, the Pakistani rupee has lost around half its value. Consequently, inflation soared and is expected to reach more than 13percent.

The All Pakistan Anjuman-e-Tajiran, trader’s association, called a public strike owing to heavy taxes on local industries after the IMF bailout package. Resultantly, the middle class of Pakistan is standing up against heinous financial policies of IMF, calling it “IMF takeover”.

In an interview to a private news channel, Farooq Tariq, spokesman and the EX general secretary of the Awami Workers’ Party said that IMF package is a burden. He said,  “The IMF package is littered with conditionalities that are putting [a] burden on the lives of ordinary people. Pakistani people and traders have no capacity to pay taxes demanded by the IMF.”

Farooq Tariq further asserted, “As part of the package, the IMF installed its own ‘intelligent’ people on key posts. Not only does it serve the IMF’s purpose of increasing its stranglehold over the country, it reflects a total lack of confidence in PTI’s capacity to do the job.”

According to our sources, Many key new appointments in the Pakistani government are the result of IMF bailout agreement. The appointment of Reza Baqir, former IMF mission chief as the governor of the State Bank of Pakistan is part of the package; and, the appointment of former Finance minister Abdul Hafeez sheikh as Prime ministers’ advisor on finance is also driven by IMF.

Sources said that IMF forced the government to appoint its chosen men on which then finance minister Asad Umar was reluctant. The loans Pakistan took from Saudi Arabia and the UAE spent to stop the market crash of Pakistani economy had further intensified IMF pressure on Islamabad.

Recently, Asad Umar, the former finance minister revealed that there was another option besides IMF. He said, “In March [this year], I went to the prime minister and showed him the numbers. I told him that going to the IMF was now a choice as opposed to compulsion.”

“That choice had been created primarily because of the phenomenal goodwill of the prime minister in the global market, particularly in Asia, and a very mutually reinforcing relationship between the civil and the military arms of the government,” He added. 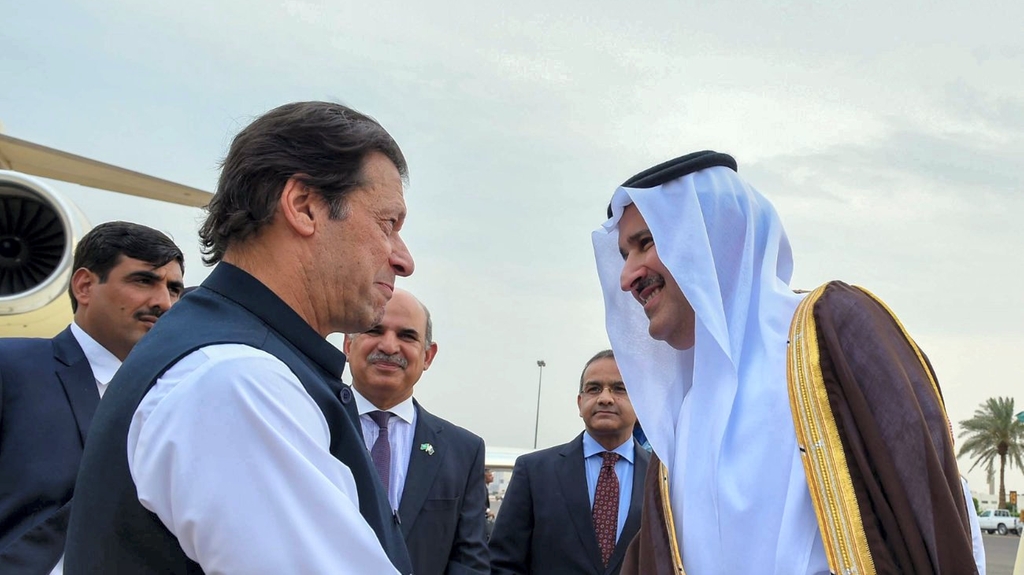 In addition, the assistance of Saudia Arabia and other gulf country saved Pakistan from becoming financially default. Asad acknowledged the role of army chief and DG ISI in getting financial help from the gulf countries.

In a country where one of the biggest challenges you face is the weakness of the institutions, it would be short-sightedness if you don’t try to use the strongest institution of the country to your full advantage,” Umar added.

The revelations of sources regarding appointments of key posts suggest how difficult is for the government to stand with IMF. Moreover, the country like Pakistan, which served the last 17 years in the war against terror, allying the US, stood alone at its financial crises.

The world, respectively, IMF needed to ponder over the point that the country lost billions in the war against terror coupled with the mass destruction of over 70,000. The obstruction US defense funds and the perennial bombings of Taliban moved the country on the verge of financial catastrophe.

IMF would have made its policies lenient if only it considered the war against the terror element of the country.

Currently, Pakistan is saved from financial crash in the international market, yet the bitter and strict policies of IMF would wreak havoc on the working class of Pakistan. The ever-rising taxes are making life quite difficult in the country. 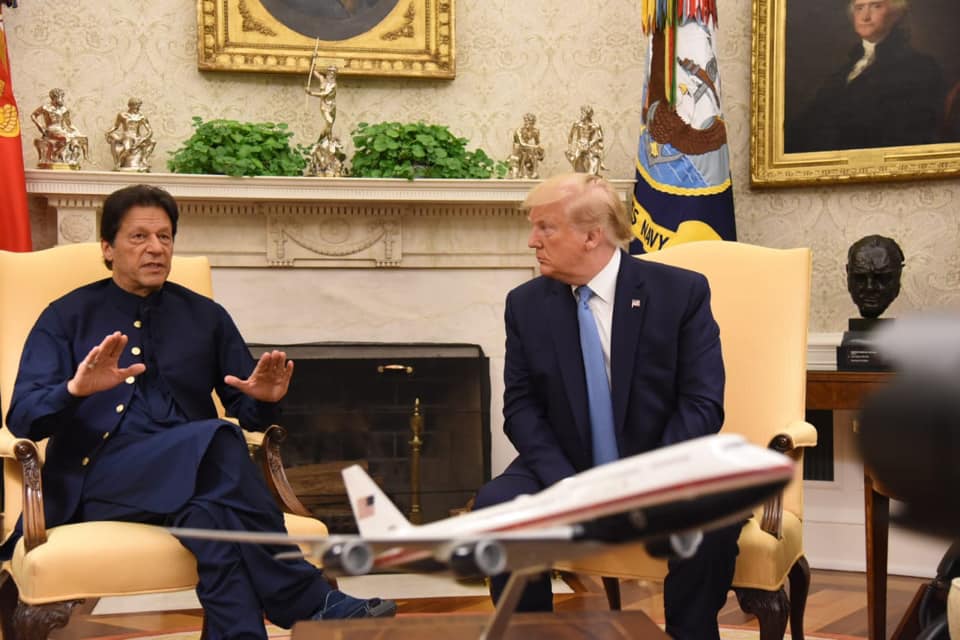 However, the recent of the visit or prime minister, Imran Khan to the US shall make things easy for Pakistan. According to Imran Khan, the visit was quite successful. The international isolation that Pakistan was facing since a decade has ended now. Pakistan has extended its foreign policy quite remarkably.

After the visit of PM Imran Khan to the US, Trump administration approved $125 million in military assistance, providing technical support to the fleet of F-16 aircraft. This is just a beginning, hopefully, Pakistan would successfully get out of the IMF trap and lead to the road of progress.