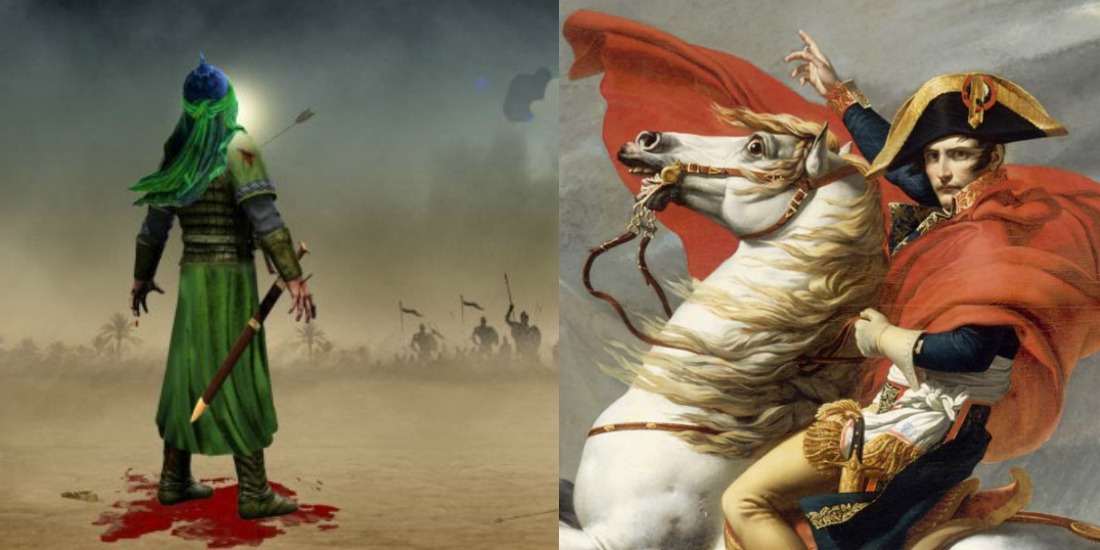 Hazrat Hussain Ibn-e-Ali (R.A), a name that has inspired billions of Muslims all over the world is bound to never fade or get past its glory. A mammoth sacrifice, one so big, so grave, that the world, till date, speaks of Hazrat Imam Hussain (A.S) with the mightiest of vocal chords, deep from the heart.

No Muslim can deny Imam Hussain (A.S)’s gracious sacrifice in Karbala. When Islam needed a savior, son of Ali Ibn-e-Abi Talib (R.A) stepped up and offered 72 lives of his kin to save the religion till eternity. Karbala made Hussain (A.S) an example for Muslims and the rest of the world to follow. 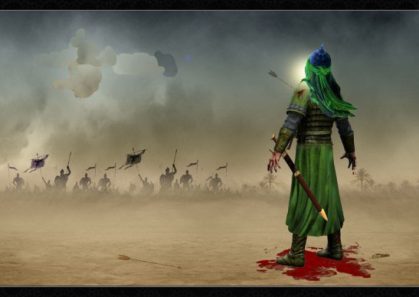 Upon battle, the son of Hazrat Ali (R.A) fought with grace, valor and unspoken bravery. Thus, his name is embedded in history like no other. Not just Muslims, over centuries, Hussain (A.S) has inspired many powerful global leaders along with philosophers and think-tanks. 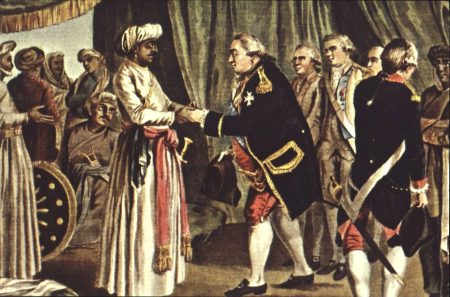 Even though some Pakistani Shia scholars have taken French political and military leader Napoleon Bonaparte’s love for Imam Hussain (A.S) out of context, namely Allama Zamir Akhtar Naqvi, who claimed that Napoleon wrote a letter to Hussain (A.S) before battle, asking for help, history is witness to Napoleon’s admiration of Hussain (A.S).

One wonders, how would a French leader be acquainted with Hussain (A.S) and his sacrifice? The answer too lies in the history of the sub-continent. 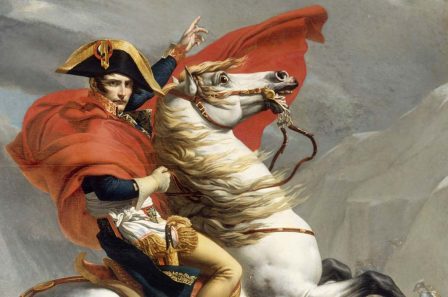 The French and British were arch rivals when the Mughal Sultanate was on downfall. The War of Austrian Succession had broken out, which entered the sub-continent as well, the French and British fought on opposite sides. The war carried on for several years, with treaties and closings, breaking out again. The struggle for power involved native princes of India as well.

To overthrow the English government in India, French leader Napoleon had allied with the British’s worst enemies in India. A father and son known as Hyder Ali and Tipu Sultan of Mysore.

Hyder Ali was a staunch Shia and an avid follower of Hussain (A.S). When Napoleon and Hyder became allies, they used to write each other letters; exchange intelligence, war strategies, poetry, culture and even their idols. It can easily be concluded that it was through and because of Hyder Ali of Mysore and later on his son Tipu Sultan that Napoleon admired Imam Hussain (A.S) so much.

There even have been claims that before battle, Napoleon used to narrate the story of Karbala and Imam Hussain (A.S) to his army. However, no credible proof for this claim came upon research.

Other World Leaders and Philosophers Who Admired Imam Hussain (A.S) 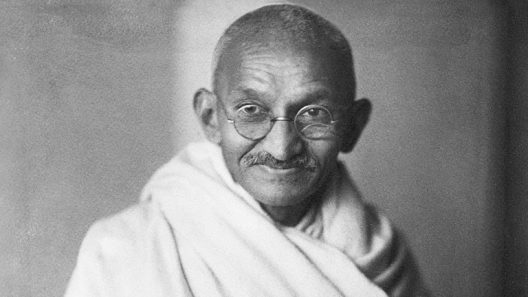 Mahatma Gandhi: “My faith is that the progress of Islam does not depend on the use of sword by its believers, but the result of the supreme sacrifice of Hussain, the great saint.”

Charles Dickens: “If Hussain fought to quench his worldly desires, then I do not understand why his sisters, wives and children accompanied him. It stands to reason therefore that he sacrificed purely for Islam.”

Rabindranath Tagore: “In order to keep alive justice and truth, instead of an army or weapons, success can be achieved by sacrificing lives, exactly what Imam Hussain did.”

Pandit Jawaharlal Nehru: “Imam Hussain’s sacrifice is for all groups and communities, an example of the path of righteousness.”

Robert Durey Osborn: “Hosain had a child named Abdallah, only a year old. He had accompanied his father in this terrible march. Touched by its cries, he took the infant in his arms and wept. At that instant, a shaft from the hostile ranks pierced the child’s ear, and it expired in his father’s arms. Hosain placed the little corpse upon the ground. ‘We come from God, and we return to Him!’ he cried; ‘O Lord, give me strength to bear these misfortunes!'”

Thomas Carlyle: “The best lesson which we get from the tragedy of Karbala is that Hussain and his companions were the rigid believers of God. They illustrated that numerical superiority does not count when it comes to truth and falsehood. The victory of Hussain despite his minority marvels me!”

As they famously say, Yazid tried to rid Imam Hussain (A.S)’s name from the world; all he could achieve was people remembering Karbala and Hussain (A.S) till eternity.