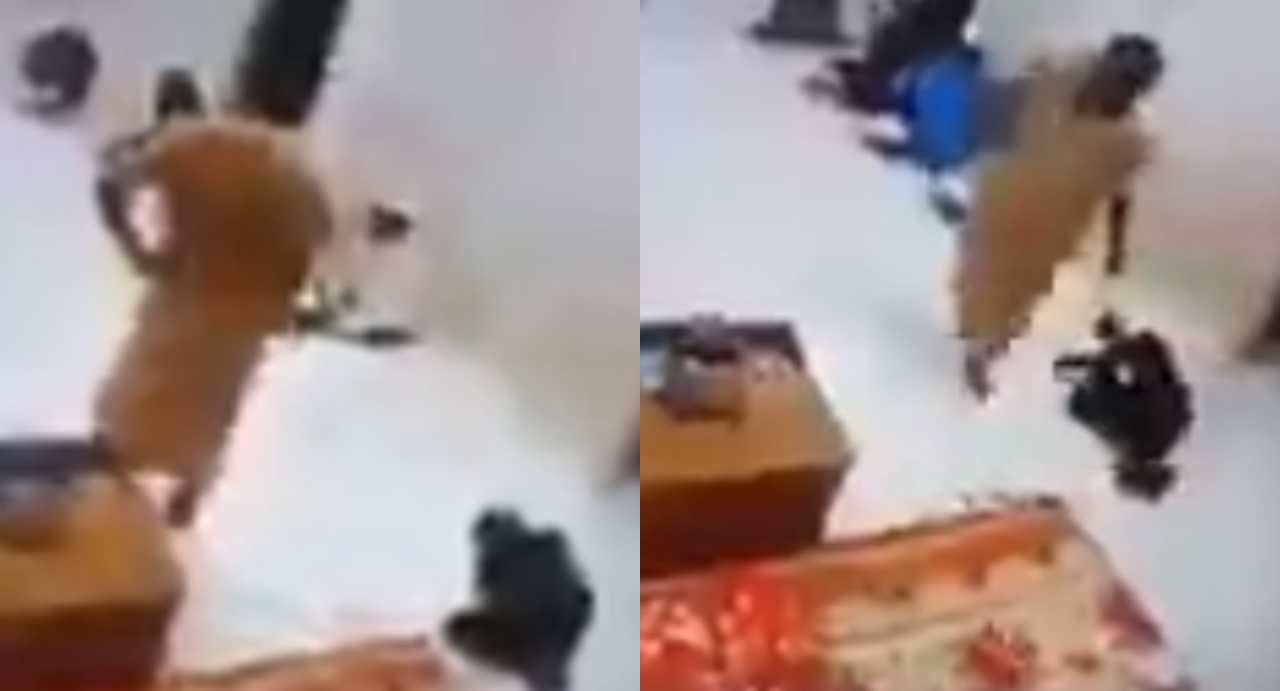 Another day, another incident of evil that will raise every hair on your body. Punjab for long has remained the hub of religious seminaries in Pakistan that have gone uncontrolled and unsupervised. Now, another viral video has surfaced where a madrassah imam inhumanely beats a little orphan for not remembering his lesson.

Initially, it was being thought that the video belongs to India.

However, Ex-MPA and social activist Irum Azeem Farooque dug details of the case and revealed that it was from Pakistan.

In the video, the cleric imam can be seen beating the little orphan boy with a stick while listening to a lesson. Not once, not twice, not thrice – but he hits the child dozens of times all across his body.

After stopping for a little while, the rogue cleric gets up again and starts a frenzy of hits, harder than before. Now, Irum Farooque has stated that the child died due to excessive force and pain.

The Ex-MPA states that the child was an orphan, and his widowed mother was the first to discover her son in the state of torture. As per Farooque, the incident took place in Pindi Bhattiyan, Punjab.

As per the child’s mother, the little boy had been sick for 3 days. Just as he got a little better, he went to the madrassah. After 1 hour, a neighbor’s child came running to me and said that the Molvi Sahab had been beating her child.

She rushed to the madrassah and when she touched her son’s back, his clothes were torn and he was bleeding profusely. The cleric had killed her child on the spot for missing classes and not remember his lessons.

It is also being alleged the elders of the area are asking the widowed mother for a compromise with the molvi, and not to go to the police. Erum Farooque has urged the public to share her tweets and become the voice of the grieving widowed mother.

This is not a one-off incident either. In Pakistan, religious clerics have been called out on multiple occasions for either beating children or abusing them. Only recently, a TLP leader has been in the news for abusing a young boy.

Regulation of madrassahs, somehow, has not been able to stop incidents like these from occurring.

If Erum Azeem Farooque’s allegations are correct and this incident is from Pakistan, relevant authorities need to take action at the earliest.