Injured Imad Wasim Sends Out an Emotional Message to All this Fans from the Hospital! 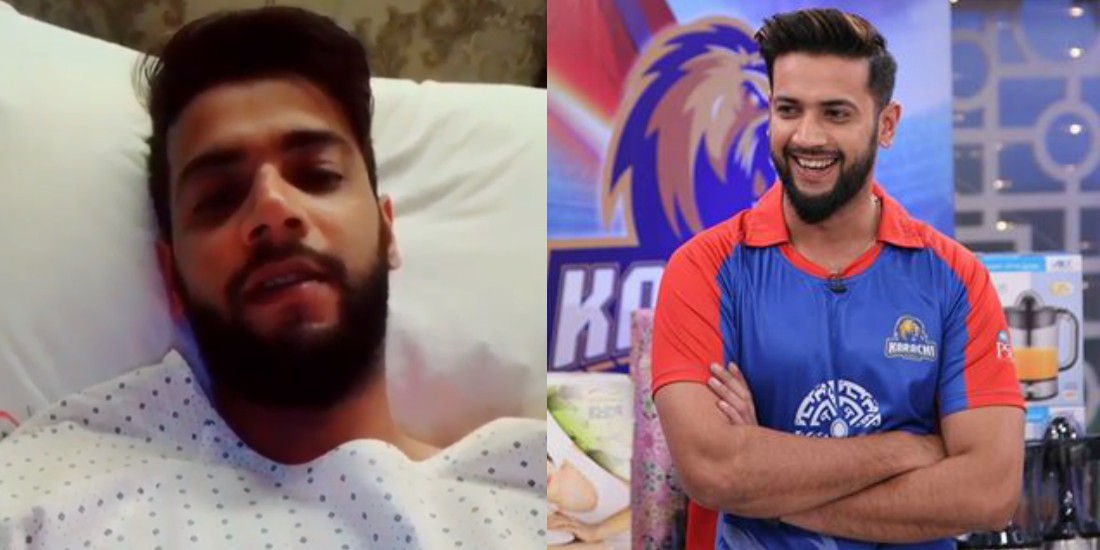 Pakistan League 2018 matches have taken everyone by storm and many others by memes. LOL! Jokes apart, but the best part of the PSL 2018 is Lahore Qalander’s, Fawad Rana. He is the first one from Pakistan to buy a franchise, faced defeat every now and then but his enthusiasm and positivity are winning him, love. After constantly losing all the matches, Lahore Qalander finally won from Karachi Kings. Well, Karachi vs Lahore match was nothing less than Pakistan vs India. With sports comes injuries, PSL so far has been smooth until now.

Imad Wasim, the famous Pakistan all-rounder has been declared “stable” after the left-handed cricketer injured himself when he was playing for Karachi Kings vs Lahore Qalander during PSL 2018. Imad, who’s been a skipper, suffered a mild concussion while he was running backward mid-off off to take a catch on Sunday evening. Pakistan Super League made an official tweet about Imad’s condition and availability of Imad on the field is yet to be confirmed.

“Imad Wasim is stable and as per protocol under observation for next 24hrs. He had a mild concussion and his vitals are fine.”

? Imad Wasim is stable and as per protocol under observation for next 24hrs. He had a mild concussion and his vitals are fine.

Apart from that, to make Imad’s fan base happy, he made a video too!

While Imad was away and was prescribed to take rest for minimum 24-hours, England’s all-rounder Ravi Bopara took Imad’s place and lead the match while Shahid Afridi made some changes on the field. After Imad’s injury, there were abrupt changes that were made during the match. The match was memorable for many reasons! Some good, some bad. We talked about the bad and now some good.

After so many matches that Lahore Qalander has lost, this Sunday evening turned out to be good for them and that too because the match ended at tie score and the jury had to give a super over. It was very clear that Karachi Kings would win the match but the super over turned the tables and the fate decided to be on Lahore Qalander’s side. People were half happy for the victory and more happy for Fawad Rana. We can totally see him being an internet celebrity.

Anyone here who wants to see Imad back in the field? Raise your hand in the comment below to show him some love and support. 🙂